Brian J., you ask, why do you keep everything like you do, especially books, pamphlets, and some ephemera (but not as much as Lileks)?

Of course, when I was young, I imagined it would be for important works of literature that would speak to readers about the journey of man from life to death and the struggle for meaning along the way. But that was back in the 20th century. Now I know better, of course, and my 21st century sights are set more along the lines of After civilization collapses, my physical books will be the things that brings Man out of his new Dark Age, and by that I mean the bastard that shoots me down will warm himself for several days by burning my tomes.

Aside from that, though, I do go to the books now and then.

A couple months back, I sought something by Raymond Chandler, and I wanted to confirm the verbiage in one of his quotes. The Internet provided the quote, and then the Internet provided the essay with the same name as the source of the quote, but not the quote. So I said, hey, I bet I have that in my collection, and I hit the library, so I discovered that the quote came from an introduction to a book with the same name as the leading essay. Confirmed, and I didn’t have to hit the library to find it.

So I had a quip in mind, a bon mot as it were, but I needed just that bit of info. You see, one of the (well, a pair of the) get-rich-quick-with-some-work-and-luck-but-come-to-our-seminar-and-find-out-how-much-but-not-before-paying-us groups is running radio ads about flipping houses here in Springfield. So I turned the word flipping on its head into its judo sense of the word, and I had the bon mot.

Except for the final punchline, which required me to come up with a particular martial arts move. Not a flip or throw, but a lock (ha ha! Because I cannot sell my house in Old Trees, you see, and I’ve been at Nogglestead for three years now).

Twenty years ago, gentle reader (you child), I studied a little bit of bujitsu. You see, I knew if I wanted to be truly tough by the time I was in my middle thirties, I’d have to start right now and study for a number of years (about the same time, I started studying fencing). How much did I actually study? Not much. I went to the dojo a couple times a week for about four months. Maybe three. I never even bought the gi. Enough to barely remember the basic kata. Not enough to have advanced a belt. But enough to have the student handbook, which would provide me with the authentic information I needed. 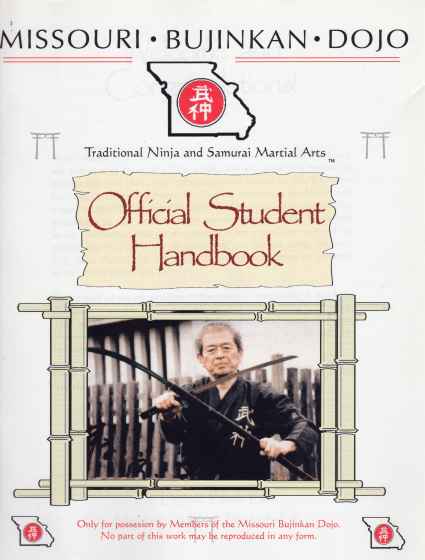 Now, I’d like to say my library is well-organized. It is, to some extent. But I could not instantly lay my hands upon this book only because it was not on the library shelves beside the tall reference material. It was in my personal mementoes stacks, amid the binders of play programs and school yearbooks that make up my personal archives.

But, in the end, I found it. And I could research from the comfort of my chair.

To produce not a work of enduring wit and importance, but rather a Facebook status that said:

Brian J. Noggle never flipped a house, but he did once get one into a Ura Gyaku wrist lock during a sparring match.

My life and its work has amounted to something, but you’ll need an electron microscope to see it.

2 thoughts on “My Library Is Deep, As Are My Archives”