Wednesdays can be a dangerous day for me. The younger lad has only a half day of school, so instead of driving into town and then home and then into town and then home in a three hour stretch, I hit the gym for an hour and a half or two hours, but then I have an hour to roam town. A town with many book stores. And on Wednesday, I hit two: Barnes and Noble (to spend a gift card) and The Book Castle.

And I bought a couple books. 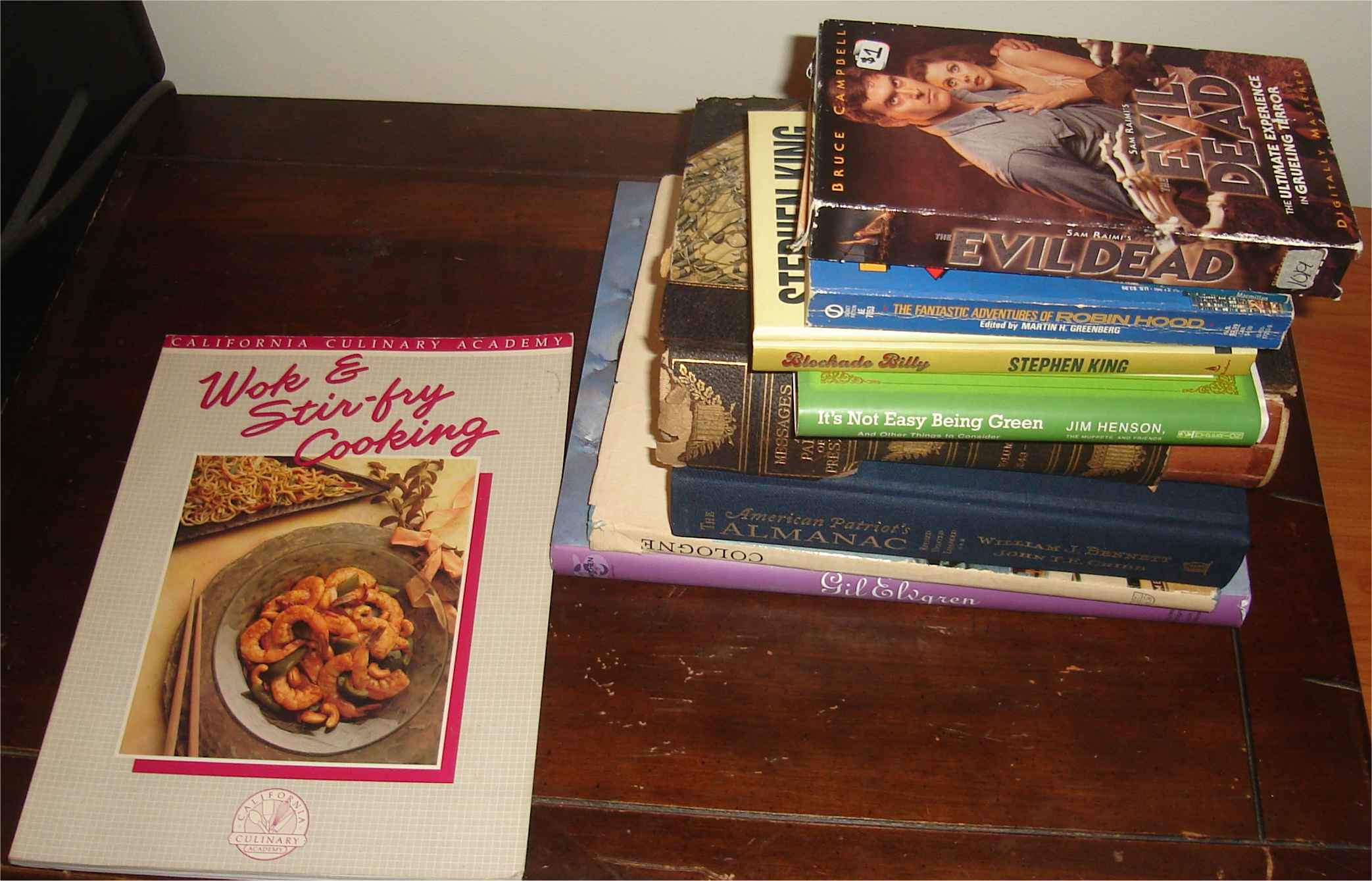 The books from Book Castle were all from its sale shelves and room; I spent $5 and change there. After the $20 gift card from Christmas, I spent $12 at Barnes and Noble. So about $17 total. Not bad for the stack, especially as three of the books are new.