A friend on Facebook posted a retro comment about wanting to go shopping so her mom could buy her a Trapper Keeper for school, and after I was all about reminding everyone that I was a child of the housing projects who got his first Trapper Keeper secondhand, if you call “from the common metal garbage cans in the alley” secondhand (all right, they weren’t exactly common, as each apartment got two trash cans with the apartment address painted on them–you got me, I’m making this all up!). I never did take that Trapper Keeper to school, as it had last year’s (1981’s) scrawlings from someone else in it. 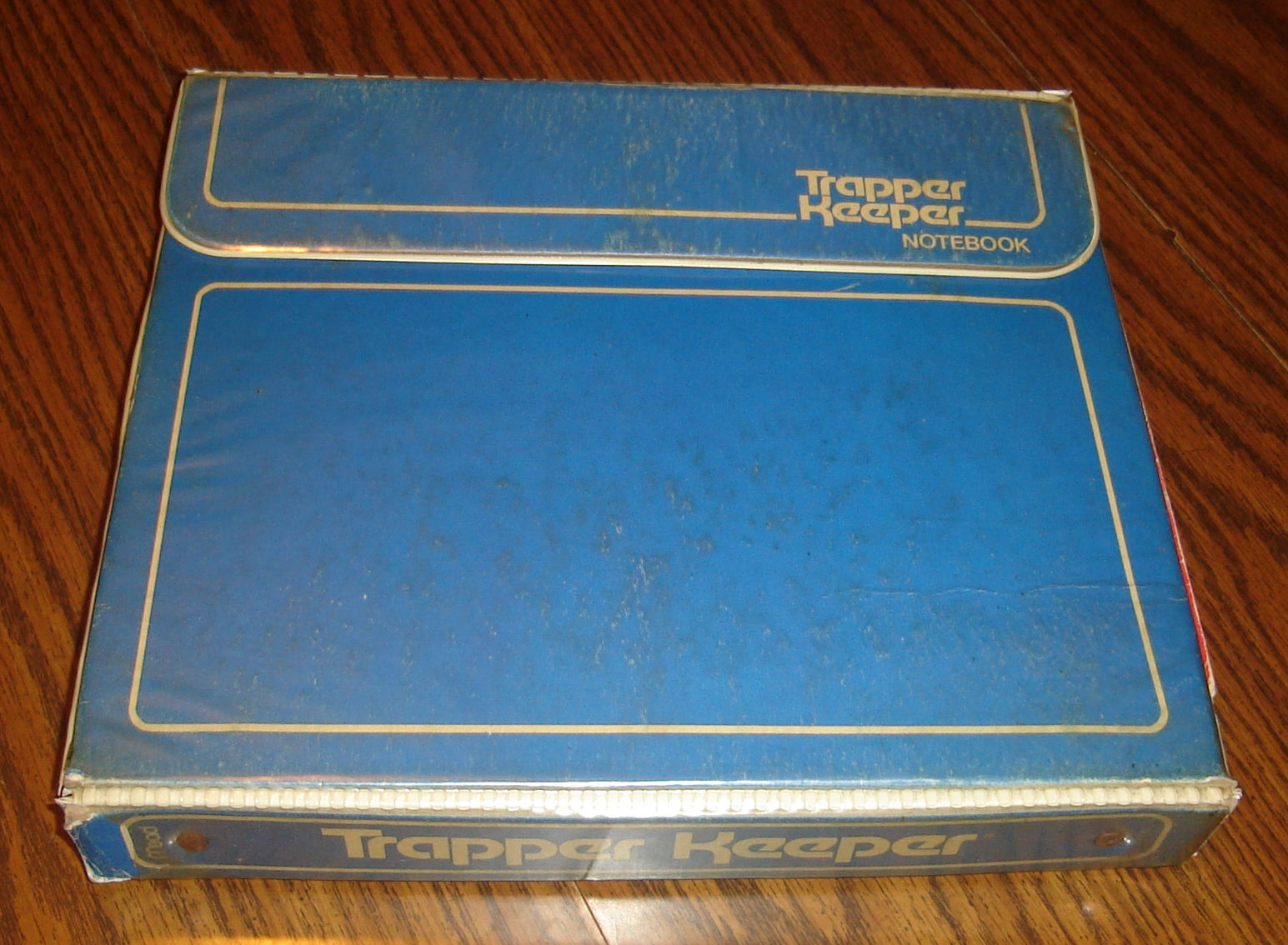 Because it holds my 26-year-old Dungeons and Dragons stuff: 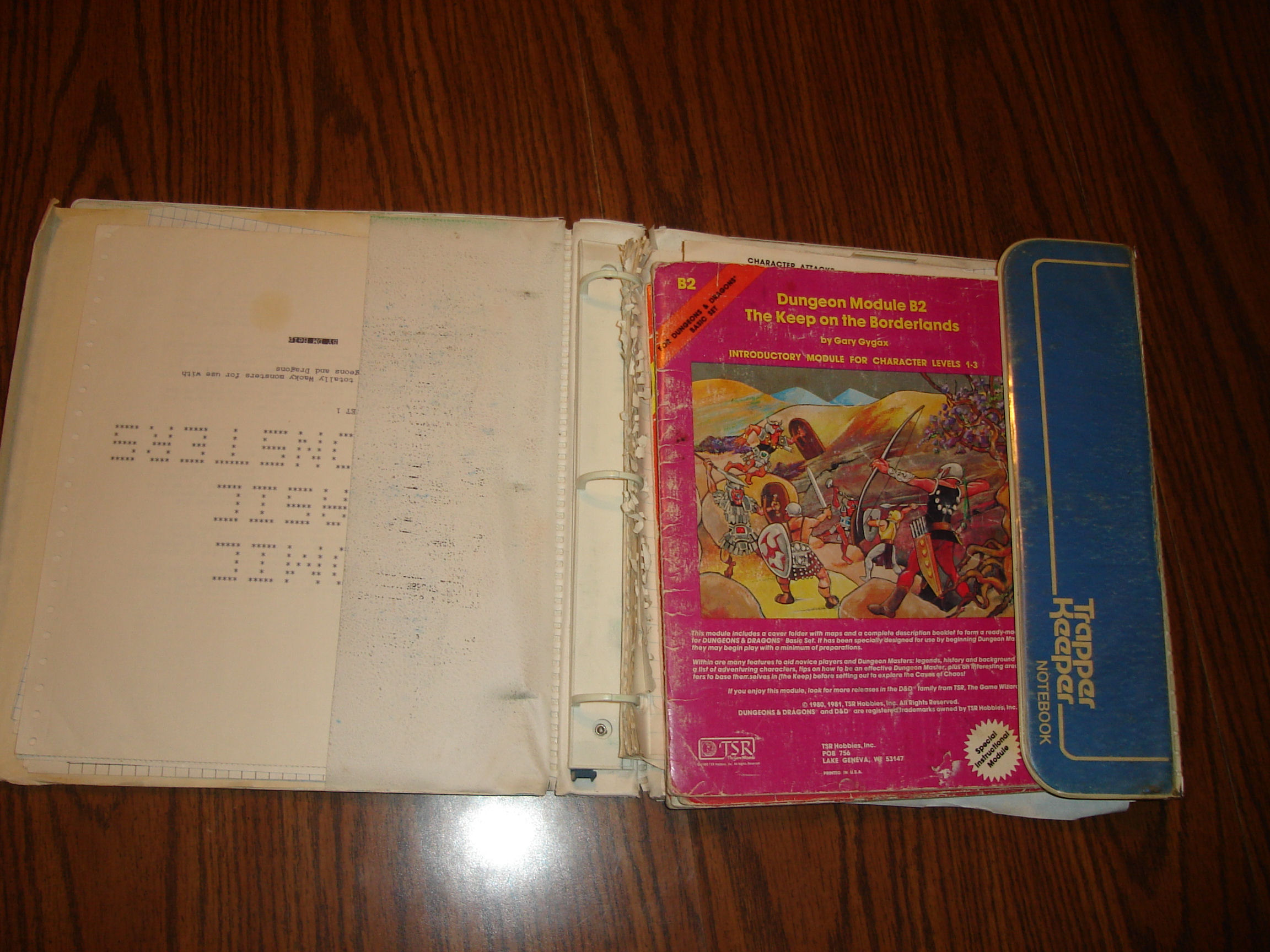 We got the Dungeons and Dragons Basic set for selling boxes of Christmas Cards to relatives in exchange for prizes through a program we saw on the back of a comic book (Thanks, Captain Olympic!). They’re in there, still, behind a copy of Module B2 The Keep on the Borderlands that we scored at the flea market just up the hill from our trailer park (just a couple years removed from the housing projects, you see–I’ll keep my story straight). Back when they had a flea market at the corner of Delores Drive and Highway 30, before its owner decided it was going to be Plaza 30, built a Bonanza restaurant up there, chased off the flea market, and left it vacantly Will Build To Suit until they put a mobile home dealer up there (consider this my You Know You Grew Up In Murphy When… entry).

To this day, I still believe the rumor that Bree-Yark means “I surrender” in the Goblin tongue. But I’m easily led.

Back in those days, I was the Dungeon Master because I was the most creative amongst our cohort, I was the most power-mad amongst us, or maybe just I was the oldest. As such, I created a wide swath of non-player characters, such as a low-level elf named after a local low-end financing-happy consumer electronics and furniture store. 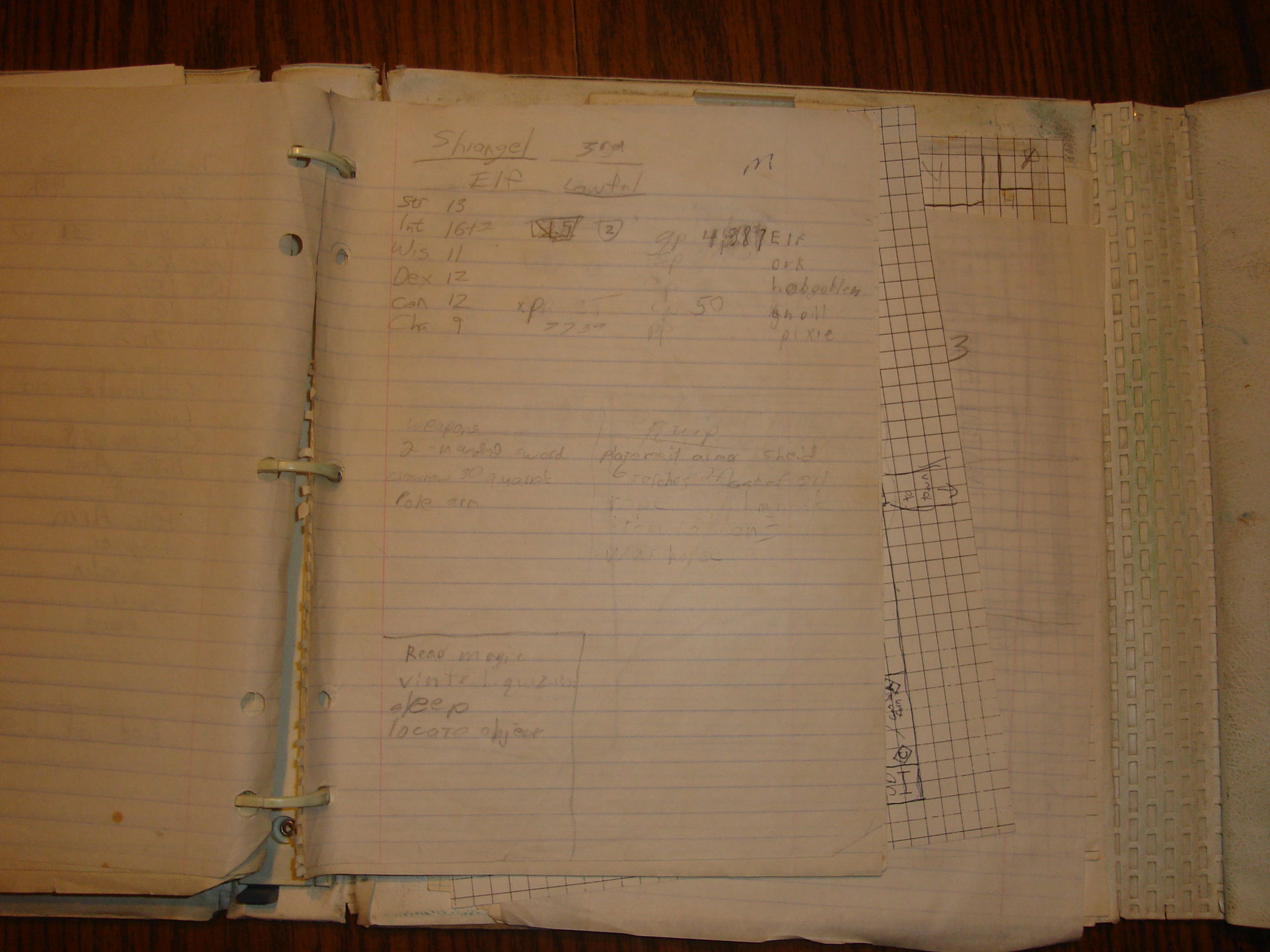 Another elf named after our uncle’s dog: 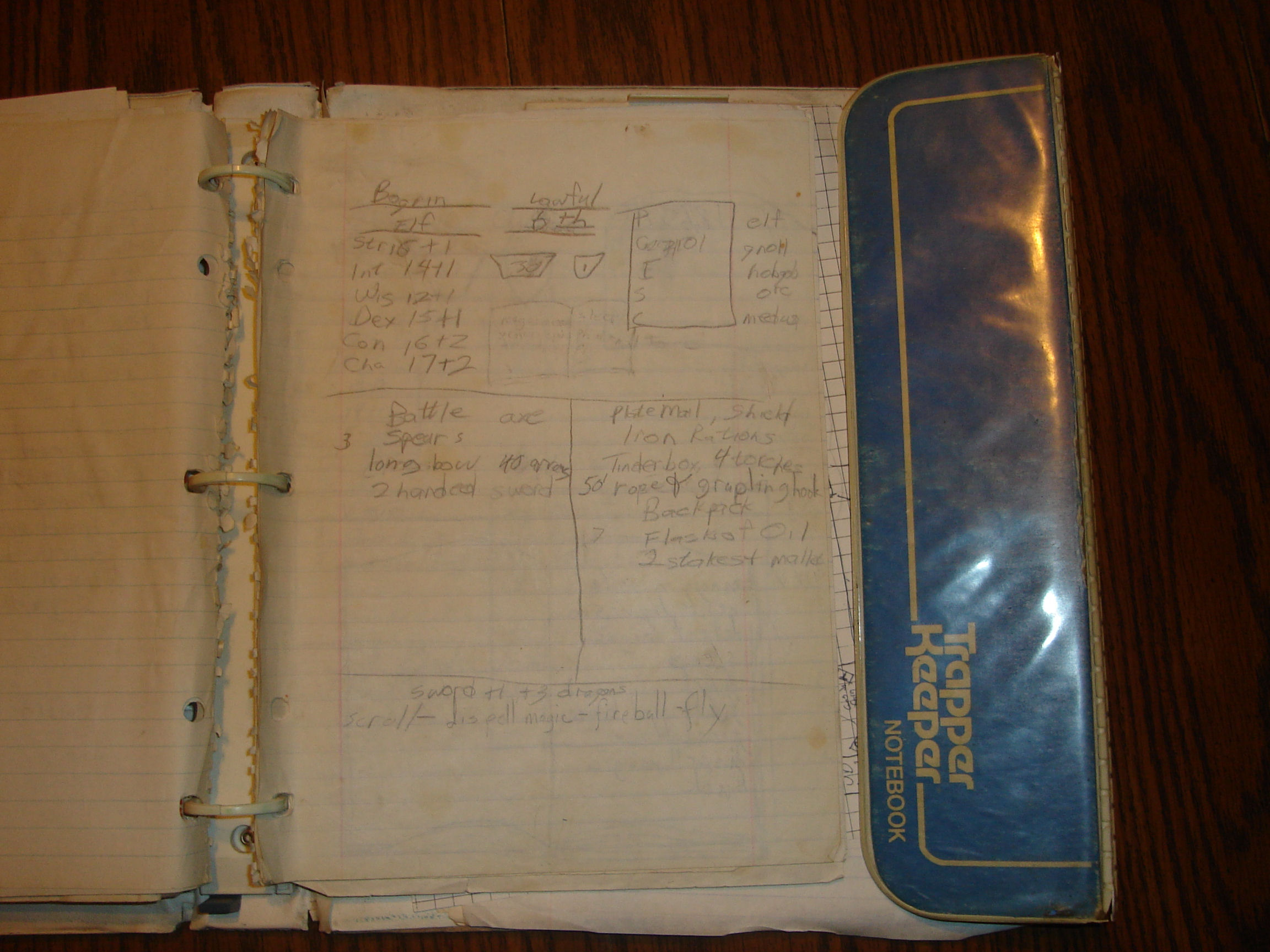 Yeah, elves were overrepresented in our campaigns. Elves were the coolest thing in the basic set, according to the 13-year-old Brian. Much older Brian concurs.

In addition to elves, I granted some of the characters NPC pets or familiars, including giving Jimmy Torrance’s character a wolf: 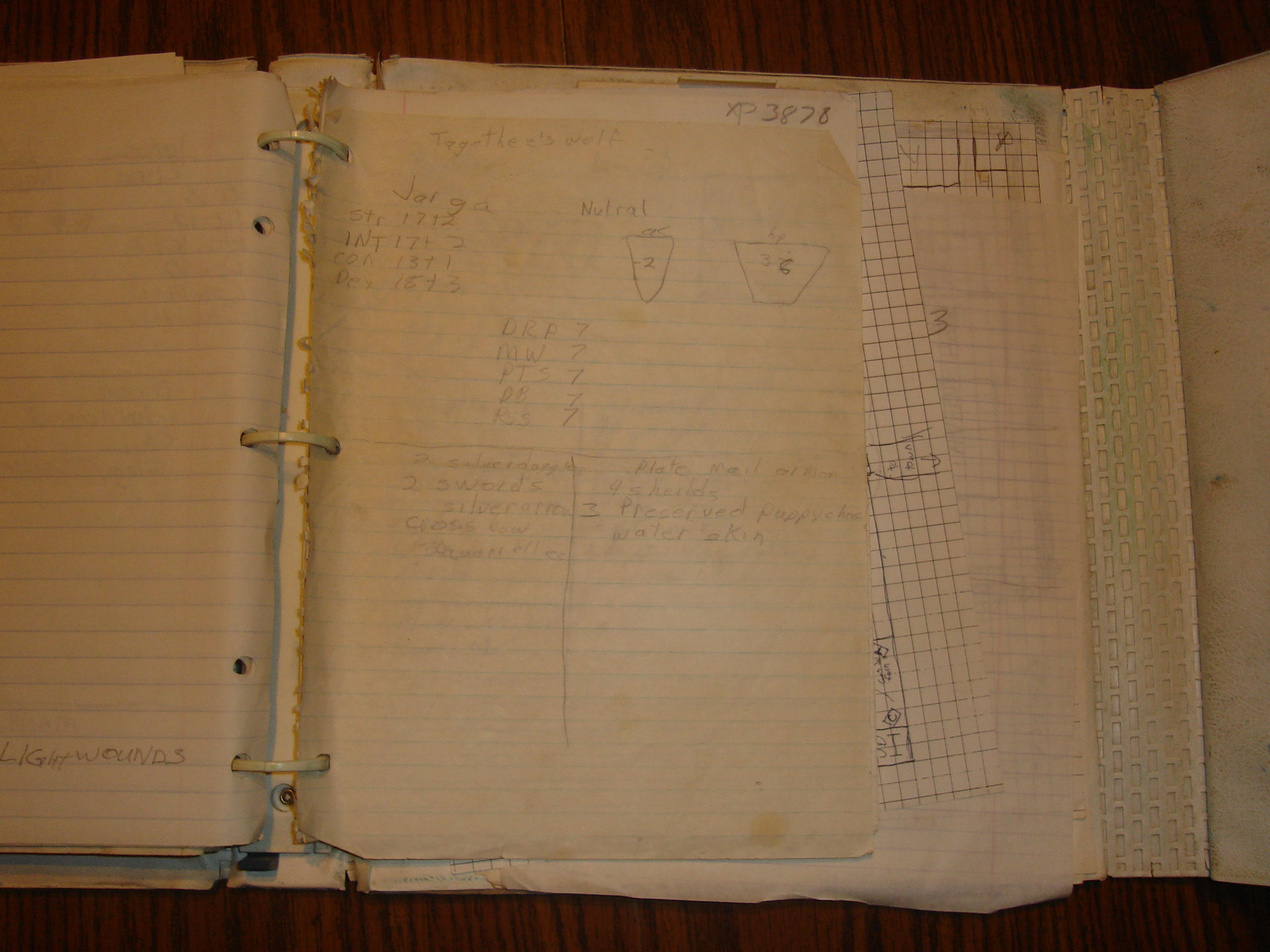 The wolf, raised from a pup in our campaign, did well, but when Tagathee himself fell prey to one of my periodic, “I am the Dungeon Master, and you’re all gonna die!” episodes (which happened weekly), Jimmy actually attacked me. Me! The Dungeon Master! Fortunately, I was oldest and therefore the biggest. Also, HimJim (the other Jimmy in our group) and my brother pulled him off of me me from him. Being boys, of course, we continued the game with no problems shortly thereafter, and I did reanimate Tagathee. As a Dungeon Master, I was a giver.

In addition to characters named after pets, I also created a creature based on our dog Cricket: 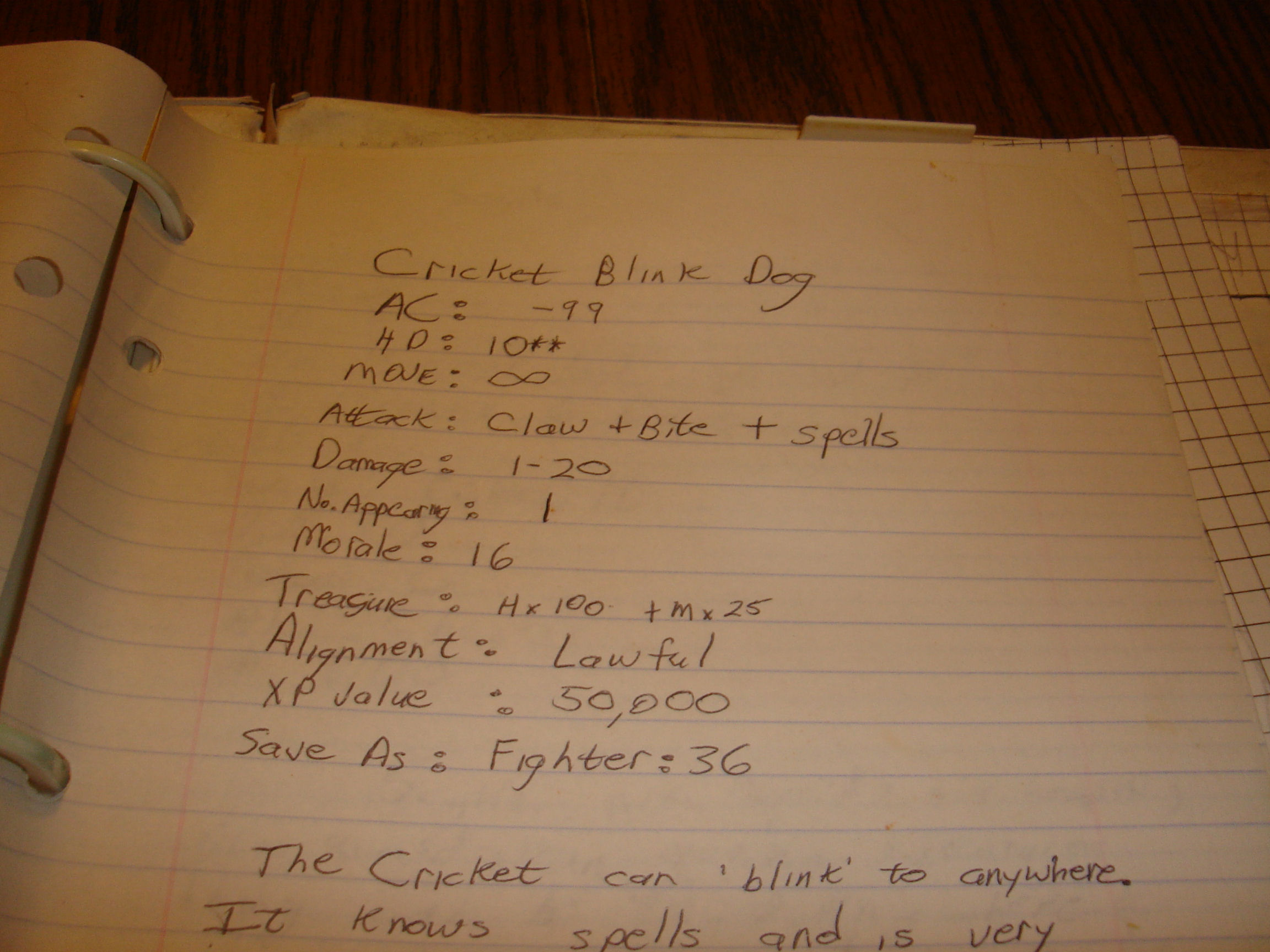 I got into creating creatures and planned my own line of Dungeons and Dragons modules to sell on the BBSes and whatnot. Here are a small collection of monsters designed to be funny: 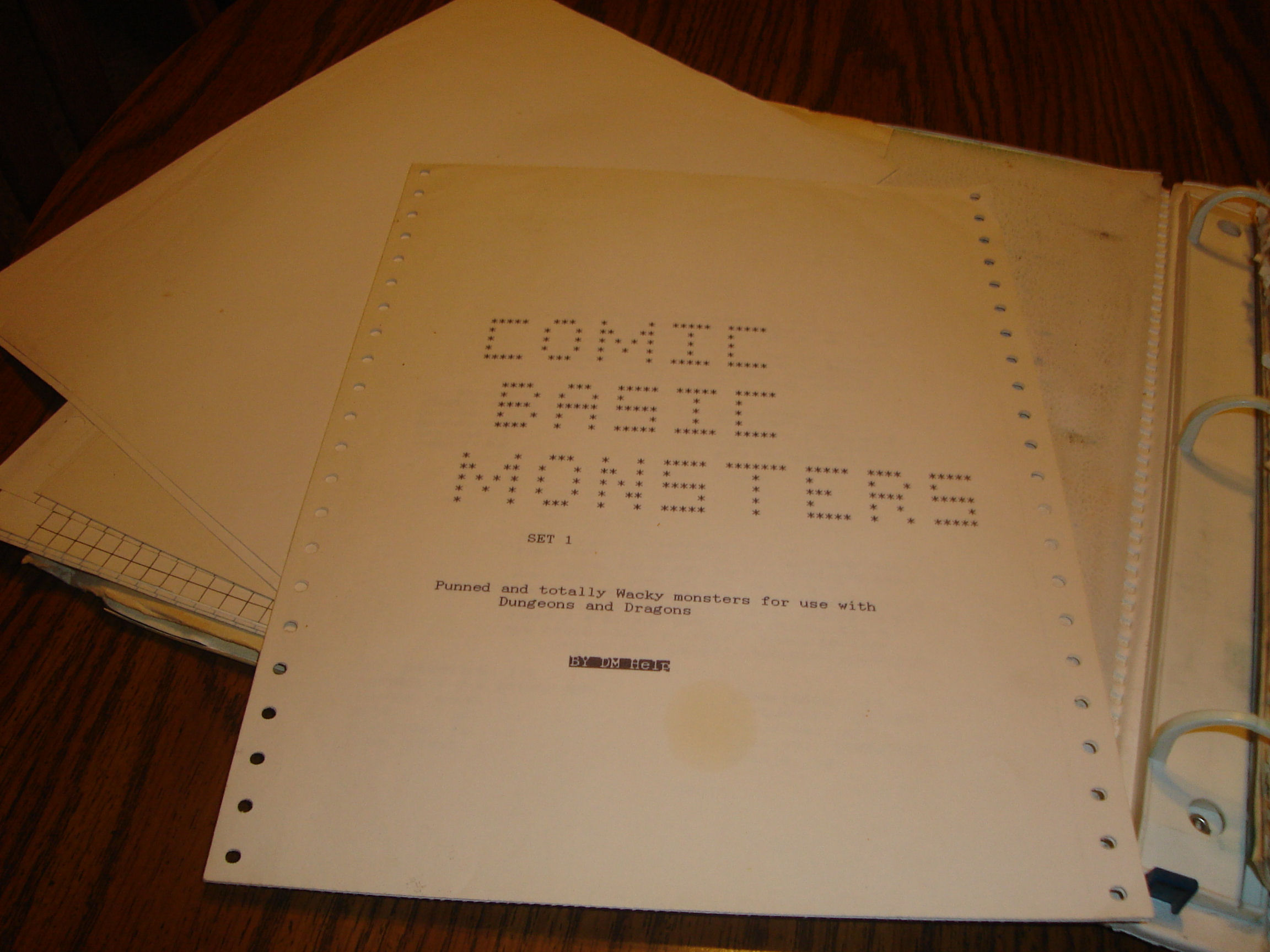 Revel in that Commodore dot-matrix glory! Sadly, sales of that particular module and my novel John Donnelly’s Gold are not as far apart as I would like.

A free preview of the former: The dreaded Sysclops: 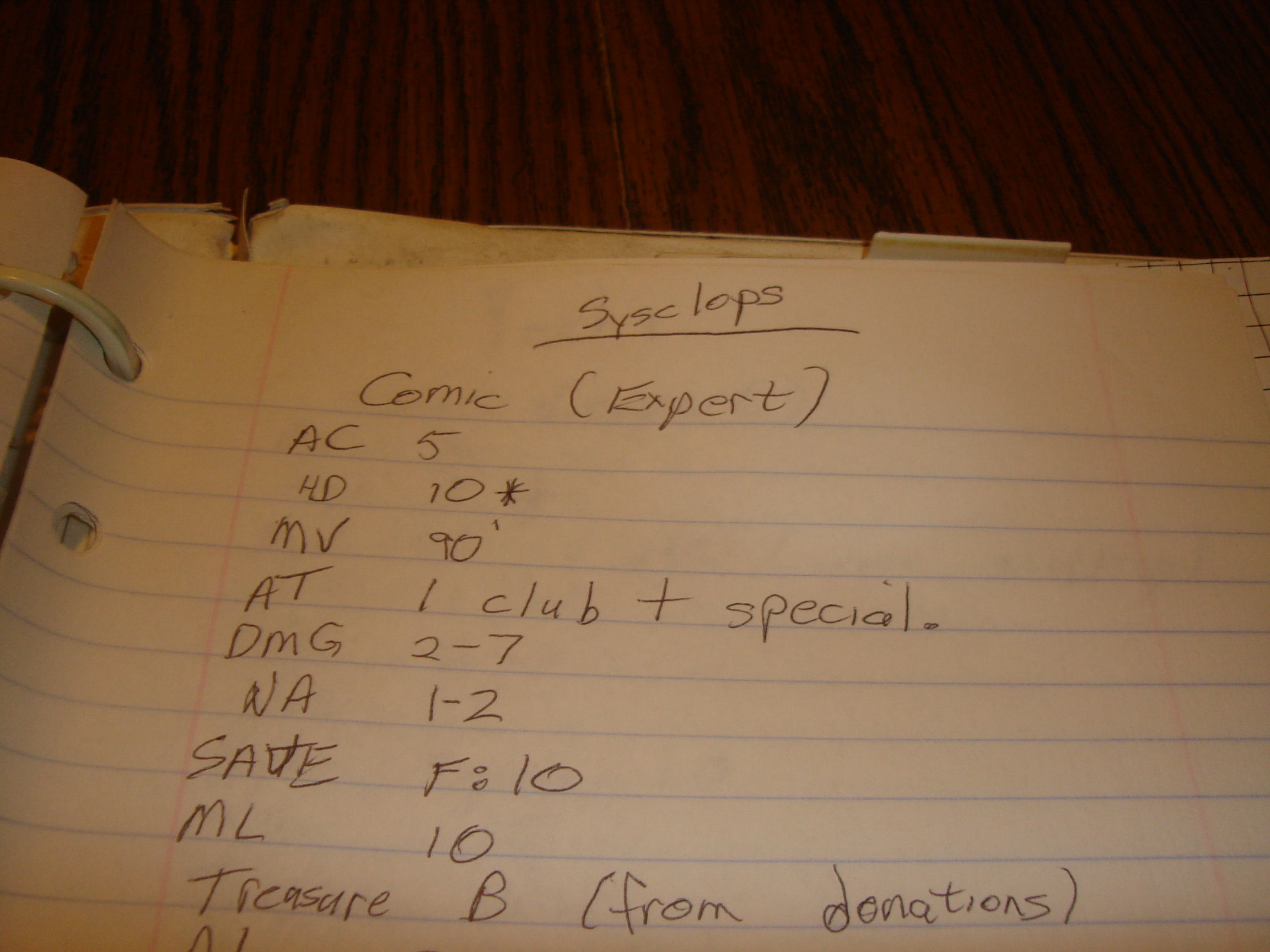 You have to be old enough to get that joke. It’s before the Internet, child.

I have these things stored up in case the two Jimmies and my brother decide to stop buy with a couple of bottles of Mountain Dew and want to party like it’s 1985.

Somehow, though, I think I’ve also completely forfeit my Trapper-owning coolness by admitting it contains Dungeons and Dragons matériel.