Today offered the Eliot Unitarian Chapel’s annual book fair. This marks our third year going out to Kirkwood to see it, and this year the books were cheaper than in previous years, which helped me gorge.

Additionally, Kirkwood Baptist Church cleaned out its library and had an impromptu book fair of its own, which helped me gorge.

Finally, we stopped at the Old Trees Recreational Center for its annual garage sale. Within, I found parts of two sets of National Geographic books for fifty cents each. I couldn’t stop myself!

Here’s what we got: 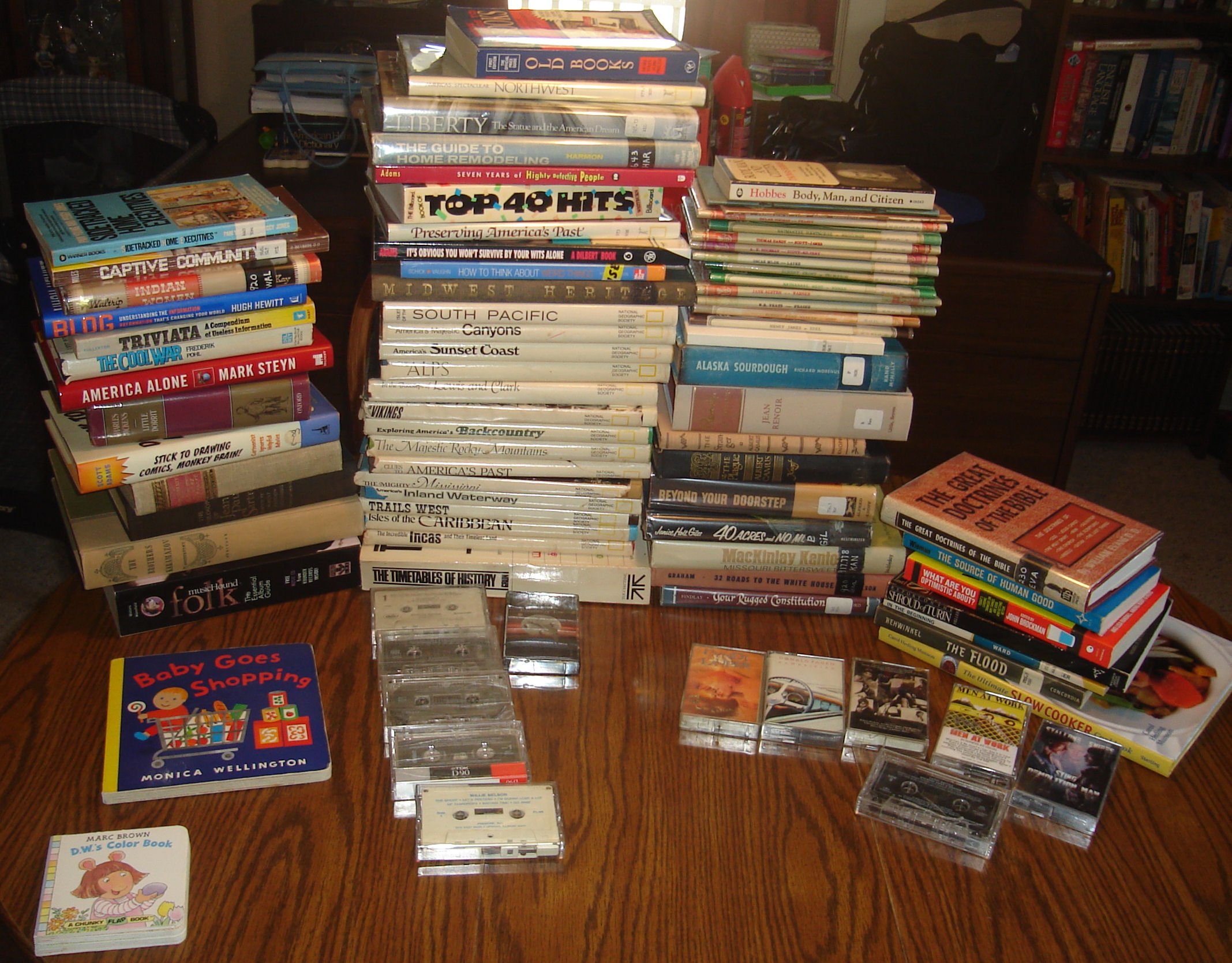 Some of the highlights of the 63 new books:

One would think that having to use the third row seating in the SUV for a person might have trimmed my purchasing given the knowledge that someone would be sitting under it. One would not know me very well to think it.