Oops, I did it again.

We’re driving down Elm onto an errand and a couple of garage sales, and my beautiful wife sees the sign at the church up ahead: Book Fair. “It’s dollar bag day,” I said.

An hour or so later, I ask if they have a box price since I don’t want to put the books in bags to price them. $3 a box, we agree on even though my beautiful wife was quite ready to negotiate up. 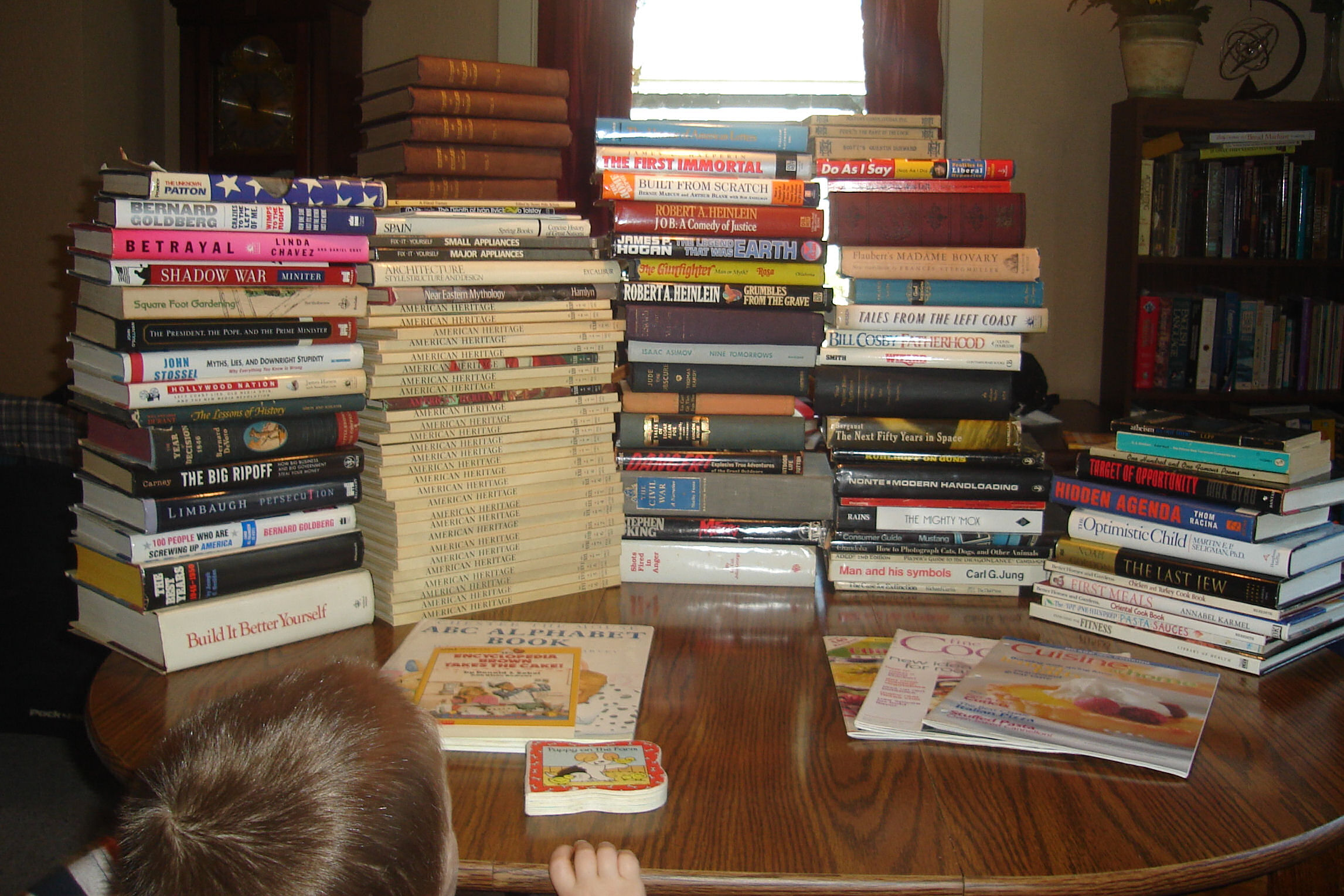 The wife notes that she lost in the competition. Honey, it’s not competition, it’s compulsion.

The boys got a couple of books, too, and obviously, the one with vertical ambulatory capacity cannot wait.

So that’s, what, 94 books for me? A year’s worth of reading. Fifteen bucks. Good deal, except this means I need a $70,000 library addition on my house for the collection.