As I told everyone I saw this weekend, Milwaukee is very odd in that its metropolitan area is small and drops off abruptly into farmlands. You can drive from the south end of the area to the north end of the area in a little over 30 minutes on the freeway. In St. Louis, by contrast, just starting from downtown (which doesn’t include the eastern suburbs because they’re in Illinois and although they like to pretend they count, they don’t), you can drive for well over an hour one its freeways and still travel through well-developed suburbs.

However, in that sprawling farmland just beyond the reaches of Milwaukee’s metropolitan area, there are signs that the development juggernaut is coming. This photo, taken along US 60 just outside of Jackson proves it. I passed fields, tractors driving on the side of the road, tractors for sale, and a sign: 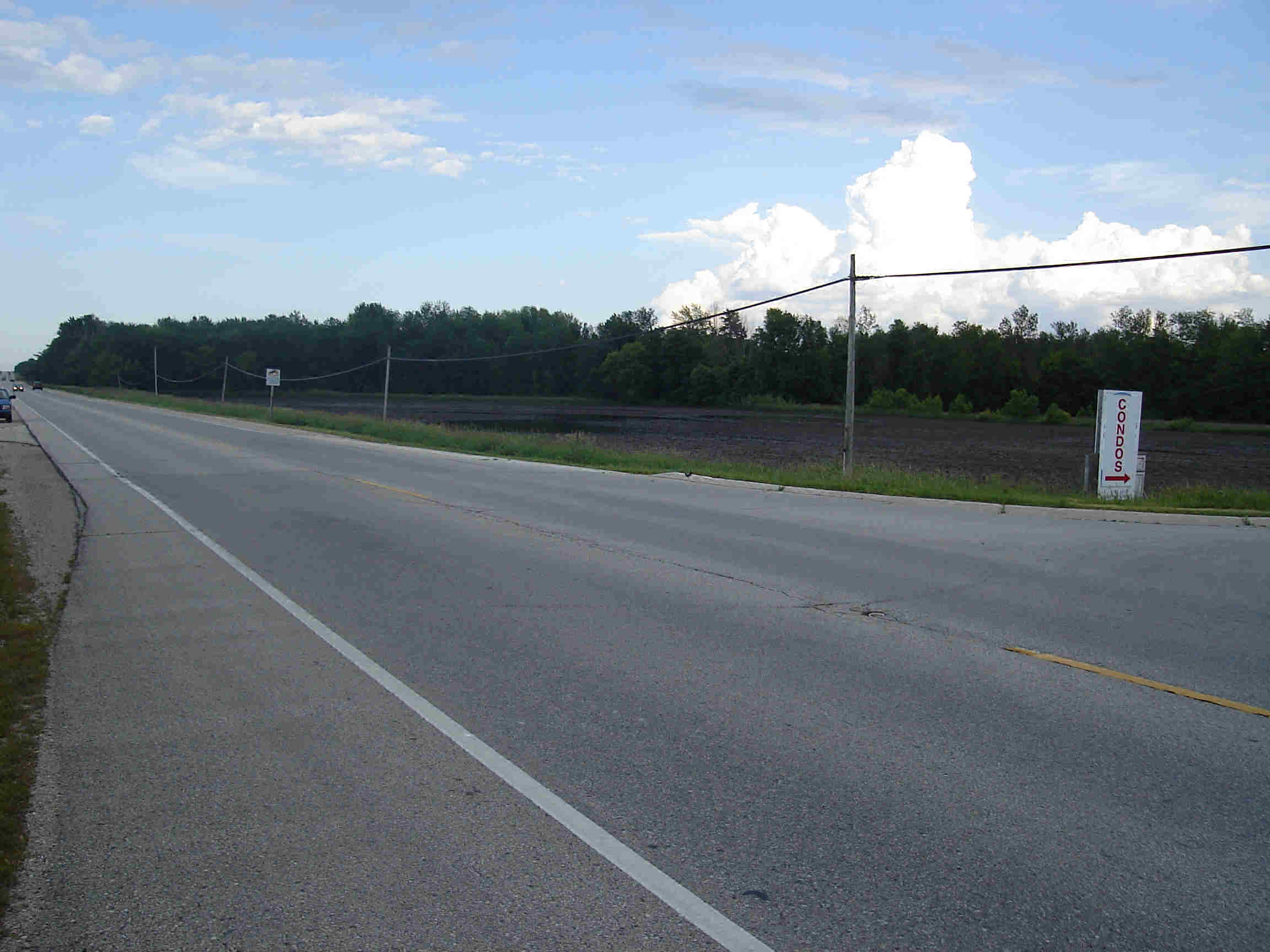 It isn’t the farmers moving into CONDOS in the middle of nowhere.

Based on my experience with the St. Louis area and how my former area in northwestern Jefferson County has grown, I expect the way of life of those people in Jackson and in Richfield and in Hubertus and around those parts will change drastically in the next 20 years. If Milwaukee has the population to support it.

It’s progress, I guess, but I’m still sad. Perhaps I should be like John D. MacDonald, Carl Hiaasen, et al, and write poetic crime fiction novels to lament it.