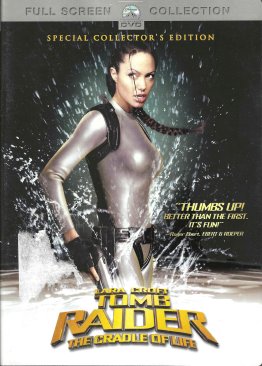 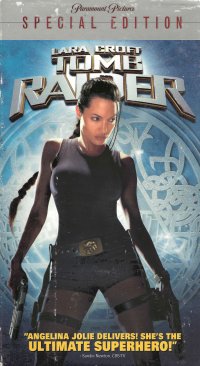 I picked up Cradle of Life spending a gift certificate at Relics a couple months ago; I knew it was the second, so I was pleased to see that the library book sale had the first one so that I could watch them in order. Not that it’s required; they’re episodic and the second does not have anything to do with the first.

So. The first comes the year after Jolie’s Oscar-winning performance in Girl, Interrupted which I had mentally placed smack in the middle of the 1990s, but not exactly. Lara Croft, if you’re too young to know, was a video game character in a couple of dungeon crawl video games. There was some controversy amongst the controversy crowd because she was well endowed. To be honest, I never played the games.

In Tomb Raider, Lara has to finish her father’s last quest, to find a triangle that controls time to prevent it from falling into the hands of bad guys who will use it in a ritual that they can only try once every five thousand years. Croft has to trot the globe to prevent them and raid various tombs.

In The Cradle of Life, Lara has to find and locate the mystical place where life arrived on earth before a bio-weapons developer can find it to open Pandora’s box, unleashing an incurable plague to wipe out humanity to rebuild it in his image. Croft has to trot the globe, including the Mediterranean, the mountains of China, and eventually the savannah in Africa. She scuba dives, she flies in a wing suit, and she navigates a cave with weird gravity. Although I read the novelization of the film in 2008, I did not remember the plot, although now I again know what character might have been overdeveloped for a stunning reversal.

As the game was a scrolling platformer, the movies recreate a little bit of that with climbing and jumping from thing-to-thing sequences. However, the plots and set pieces all seem kind of derivative of other things. I mean, a triangle that controls time? That’s from several Nintendo games. The crazy cave? I saw that in Labyrinth. So part of the enjoyment of it, perhaps intentionally, is figuring out what it’s mashing up.

But 2000 or so is the time when the action movies started to look really cartoony or video gamy, ainna? As I explained to my beautiful wife, this film pales compared to late 20th century films like the early Indiana Jones films, Firewalker, or Romancing the Stone. Those were shot with real sets with real people in them. Around 2000, the CGI got good enough and cheap enough that films started looking flat. I guess it won’t bother kids these days who spend most of their lives tethered to a screen somewhere; they might just expect movies to look like video games. Especially, one reckons, movies based on video games.

So there are worse video game movies out there–I mean, I did make my friends see Wing Commander in the theatres specifically because it received the lowest rating I’d ever seen on Mr. Showbiz–but this is not a pair I will watch over and over. Given my extensive and growing media library, I don’t have much time to revisit films these days anyway. I’m not in a trailer park with only Showtime for my daily amusement any more.

So, about Angelina Jolie.

She was pretty ubiquitous in the early years of the century, appearing in several major films a year, but she has apparently kept working, appearing in films or as a voice in cartoons up to the present day. But the last thing I remembered having her was Beowulf, and that’s been fifteen years.

Here she is in some of her Lara Croft outfits: 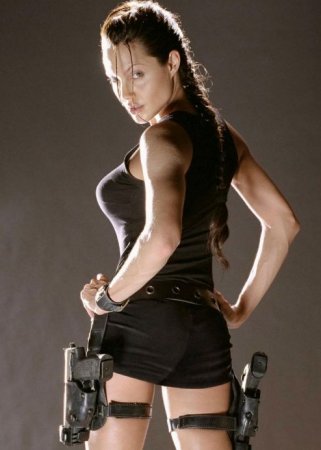 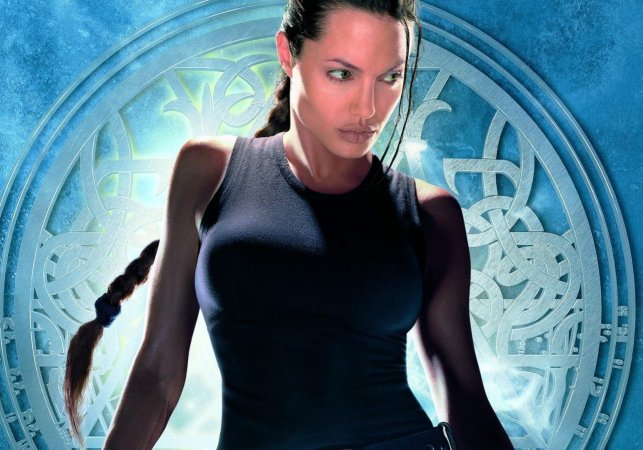 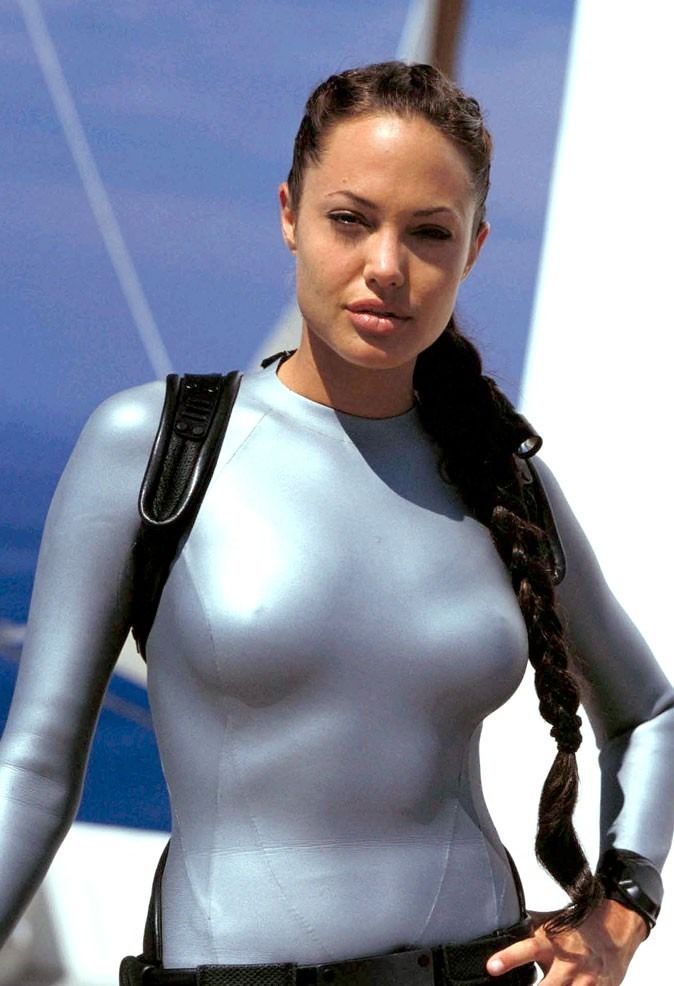 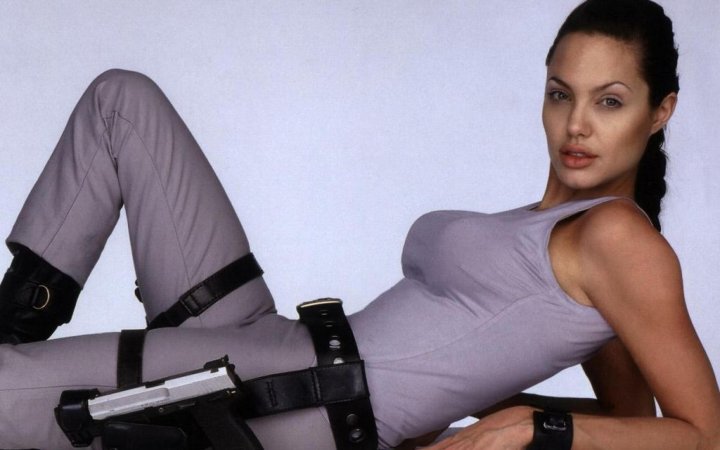 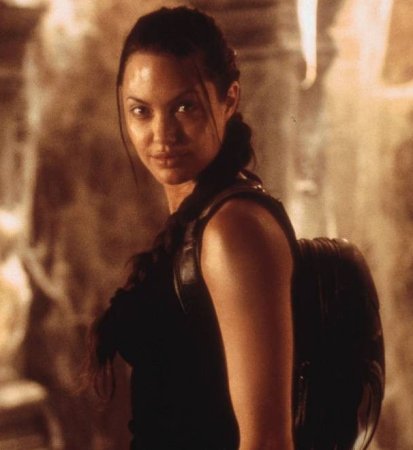 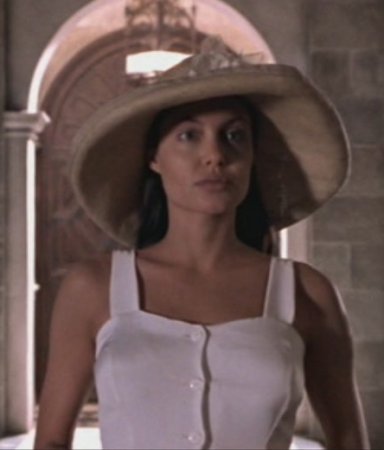 She’s prettier than an 80-year-old Harrison Ford, to say the least.