So I got a text message from my mother-in-law yesterday. Apparently responding to a cryptic text that I sent her: 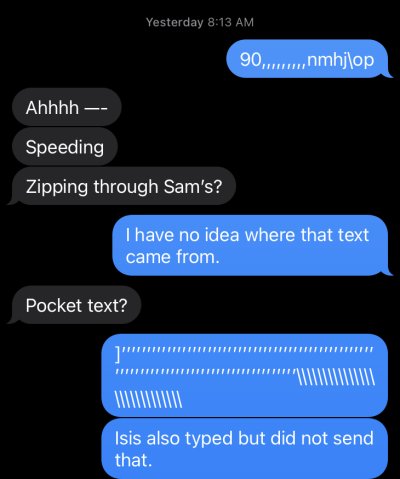 Then I remember that Isis, the black cat, climbed into the window about that time.

As you might know, I have a number of computers in my office as it’s a testing lab, sort of. One of the computers is a Macintosh, and its wireless keyboard is atop the letter file on my desk. The one that Isis used to step into the window since the desk that serves as the cats’ highway is currently stacked with Christmas presents. 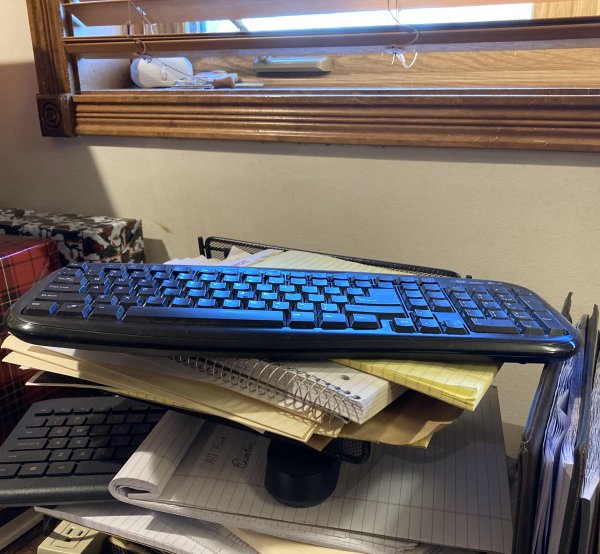 The Macintosh had not put itself to sleep or gone to the login screen since the last time I used it. And I used it not for testing, but to use the messaging application to send longer texts to my mother-in-law that I could compose with a real keyboard instead of a phone.

So Isis managed to type and send a text message before getting to the window sill.

Maybe I should give the cat her own phone. 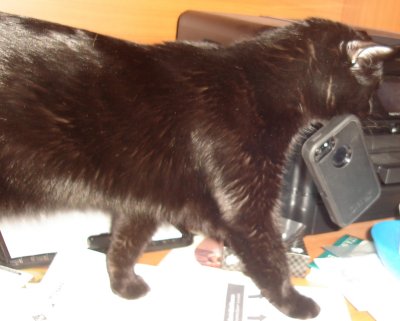 That way, she won’t keep borrowing mine.

Actually, she has not borrowed my new one, but the old ones in that black Otterbox case, she liked. She would pick it up when she found it and carry it somewhere else. I discovered this during one of my beautiful wife’s business trips a few years ago. We had used my wife’s phone for the alarm up until that time, but since she was gone, I set mine because I could put it on the nightstand next to me and turn it off before it awakened the boys–unlike the klaxon of the alarm clock on the bureau, which might have done so. But in the middle of the night, I awakened, and the phone was gone. The cat had taken it into one of the boys’ rooms; I found it in the darkness, and my phone has gone into the nightstand drawer at night ever since.