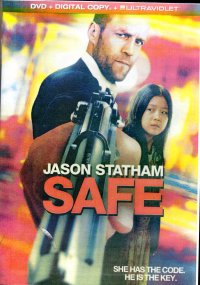 This film is a Jason Statham film, so you know what you get: Jason Statham being tough and whatnot. The plot, which is told at the outset in flashbacks that jumble the main characters’ recent-ish lives leading up to now, but omitting some important details until the story is under way. A mixed martial arts fighter accidentally wins a fight he was supposed to throw when he knocks his opponent immediately–which not only puts the fight promoter in the bind, but upsets the local Russian mob who bet a bundle on his loss. The Russian mob kills Jason Statham’s wife and leaves him alive, but telling him that they will kill anyone he gets close to, starting with his landlady if he’s not out of his home in 24 hours. So we get a montage of his experience on the streets until he’s thrown out of a store after being pickpocketed, but the police detective who rousts him recognizes him as a former police officer who ruined the corruption a collection of crooked cops were running, so they beat him and encourage him to consider suicide. Meanwhile, also in flashback, a young Chinese girl is very good at math. She embarrasses her school teacher, gets picked for a special school in Beijing, but in reality, it’s a job for a Chinese mob working with numbers and memorizing things because the mob boss does not like computers. She is brought to the United States and works in Chinatown (New York) in memorizing and analyzing details. The MacGuffin of the plot is that the Chinese triad want her to memorize a long number, and she will be required to memorize another long number and then get further instructions, but before this happens, the Russian mob tries to capture her, but in evading her, she meets Jason Statham as he’s about to jump in front of a subway, and then Statham happens.

So Statham takes on the Russian mob and the Chinese mob and the corrupt cops to protect the girl and to find out what they’re after. During such a time, we learn Statham is not only a mixed martial arts fighter and former cop, but a highly trained operative tasked to the New York police force after 9/11 to help eliminate criminals while normal cops pursued terror suspects. Or something. And the ultimate boss level fighter is another operative with a similar mission that is hoping to sell out to the Chinese mob with an elaborate and, frankly, unbelievable MacGuffin.

So, basically, this movie is a retelling of Mercury Rising; in that film, the balding hero (played by Bruce Willis) protects an autistic freshly orphaned young man who ran afoul of a government agency. Although this story has a bit of For a Few Dollars More/Last Man Standing (the Bruce Willis, not Tim Allen, version) in it. It’s more frantic as befits the times, and it keeps one’s attention–I probably wandered off less during its run than other non-comedies.

Also, gentle reader, there’s a subtle visual cue when I have recently watched a Jason Statham film: I think, hey, maybe the stubble look would work for me. However, my facial hair color is so subtle that it does not stand out on my face. 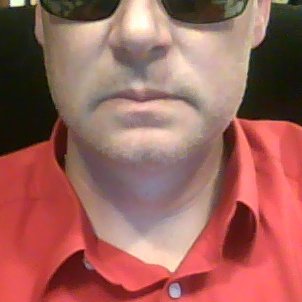 I’ve got three day’s of stubble here, and it’s invisible; I have to grow a fold-over length beard for it to show. So every year or so, often coinciding with a Statham film, I grow a little facial hair for a couple of days until I think it looks ridiculous. Which is scheduled for Friday this week.

Man, have I changed. 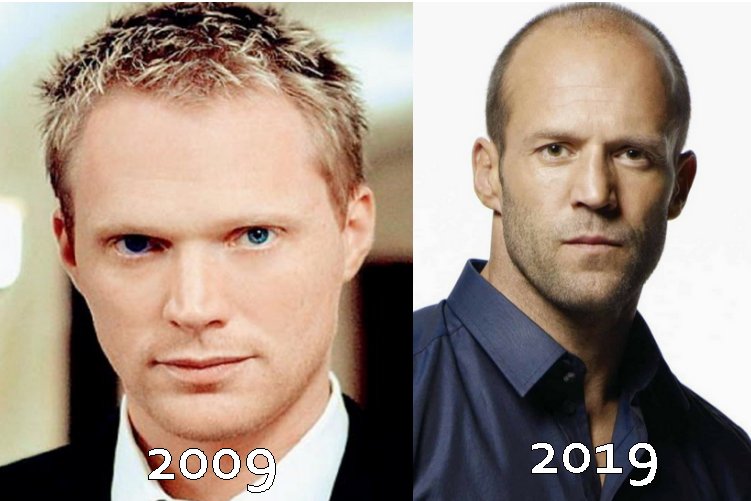 I know, I know: Why have I given up on Bruce Willis as my role model? Because Statham’s closer to my age. Bruce Willis can draw Social Security these days, and I would prefer to pretend I’m a long way from that.