Gentle reader, you might have heard on the news that the south has gotten another visit from the jet stream this week, bringing with it not only the ice last week but also cold and snow this week.

It has basically snowed lightly all week until yesterday afternoon. We got a couple of measurable snowfalls, maybe six to eight inches total, and most everything closed down. My oldest has only had a partial school day in the last week and a half; the youngest has only had one. They have been off all of this week and have “virtual learning” for the day. So it has felt a little bit like the lockdown from last spring except that the cold has kept us from running outside or riding bikes. I haven’t actually left the house since church on Sunday morning.

So, yesterday, I needed a little me-time, and I was tired of sitting at my computer.

It had warmed to 20 degrees, so I went outside to shovel.

I have only shoveled the driveway at Nogglestead, what, two or three times since we lived here. Most snowfalls are an inch or two at most followed by days warm enough to melt them, so I haven’t bothered. But yesterday, the depth of the snow plus the lingering temperatures made it worthwhile to shovel. So I put on a coat, hat, and gloves (and my gym playlist), and I got to it. 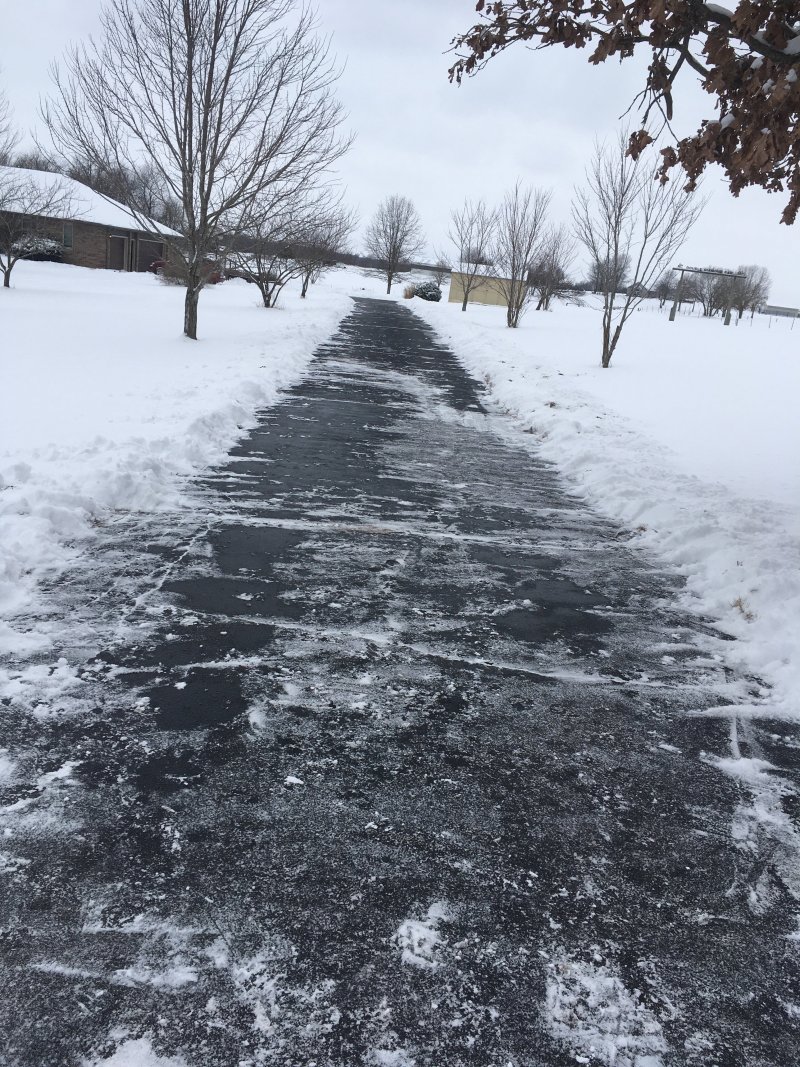 It took me almost four hours of peace and quiet (well, except for the metal blaring in my ears), but it reminded me of home. The last winter I spent in Wisconsin, we got like 75″ of snow. It would snow eight inches, pause a couple of days, snow four inches, and so in. So I did a lot of shoveling then, but my father’s driveway was significantly shorter.

I have a birthday coming up, so of course I’m thinking about aging. I am blessed to be able to shovel for four hours in the cold with no ill effects. Or do triathlons. Or take martial arts classes. I just have to slow down and enjoy that I can while I can and not worry about that I’m not winning, or that I’m not super sharp on my skills currently, or that it takes me four hours and an eventual Advil. I’m trying to distill it into a pithy statement to put on a sky image and share tweeiously on the Internet, something like Someday I Will Can’t, But Until Then I Will Not Won’t.

I think I will venture out today for some errands, so the clear driveway will come in handy to be able to see it and avoid the ditch. And I won’t have to tromp through the snow to take out my trash since the can will likely be out there all week as well.

Next week, it is back to springtime. Today, I shall enjoy looking at the snow and listening to the snow-muffled silence when I take my trash out.