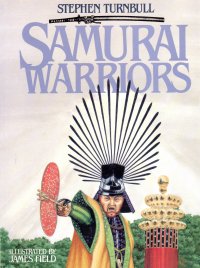 I have described “carry” books from time-to-time, gentle reader. These books I throw into my gym bag to read at the martial arts school whilst my boys are taking classes before my class or to carry to church to read during the Sunday School hour. Well, this year has eliminated the latter, and time itself has eliminated the former. When my boys were younger, they took early afternoon young children’s classes, and the adult class was at 7:00, so I would spend sometimes three hours at the dojo before my class. Then, they were in older kids’ classes, which meant I would still spend an hour or so with time to read. But with the new abnormal, once the dojo opened back up, the older kids and adults had classes together, so we have all had class at the same time. And if the school ends up with enough kids again to split the kids from the adults, my boys will both be old enough to take adult classes. So the days of the carry book, or at least the one that goes into the gym bag, are over. And this is one of the last that I will finish, although it spent some time (years) on the table by the recliner because I was tired of carrying it and wanted to finish it during the evening reading (which is how so many of those books end up on the side table for a long time).

At any rate, this is a coffee-tableish book that focuses on showing variations in samurai armor over time more than give a detailed history of the samurai, although it does give a high level overview of medieval Japan and the tensions between the Shogun and the Emperor.

The book reflects my first foray into Japanese history, and unfortunately, it’s not a good intro (which, again, is not so much the point–it’s more a picture book of Samurai armor and art with some overview than a true history). I found it a little challenging because I am not familiar with the topography of the Japanese islands–the book only provides a single map, early in the book, that I had to keep flipping back to–and I am not familiar with the names yet, so I found it a little difficult to follow. Not Russian novel-level bad, but still. The samurai sometimes changed names, which didn’t help.

So it’s a good book if you’re already kind of familiar with Japanese history and samurai armor, as it can reinforce what you’ve already seen or read, but you would better be served reading other works first.

What other works? I will be hanged if I know. A quick search of the local library system for Japanese history brings up titles on how Anime conquered the world and the internment of Japanese Americans during World War II, so I am not sure how much of a NNipponophile I can become from the library books. But I should read up on it a bit. Japanese history looks to be a little more internally directed than, say, China, where China can get invaded (and does) from every direction, but the Japanese islands mean that no outside force can walk there (a key in conquest, I explain). So Japanese history is full of internecine conflict, but not a lot of being conquered by the Mongols, the Manchu, and so on.

But I’ll find something, sometime, at a used bookstore or book sale. If not, I’ve still got primary sources of Frankish history to read, so I am not hurting.