So we’ve been talking about allusion in our poetry studies. I compared allusion to memes which are all the hotness these days, and how that kind of is the same thing: A “new” work refers to an older work with which you are familiar, and you get a zing from knowing what the new work means invoking the old. A little line can include a lot of meaning when you understand the meaning behind those words, the larger experience of having read the work alluded to.

I said it’s kind of like memes because when you see one of the current Smudge the cat memes: 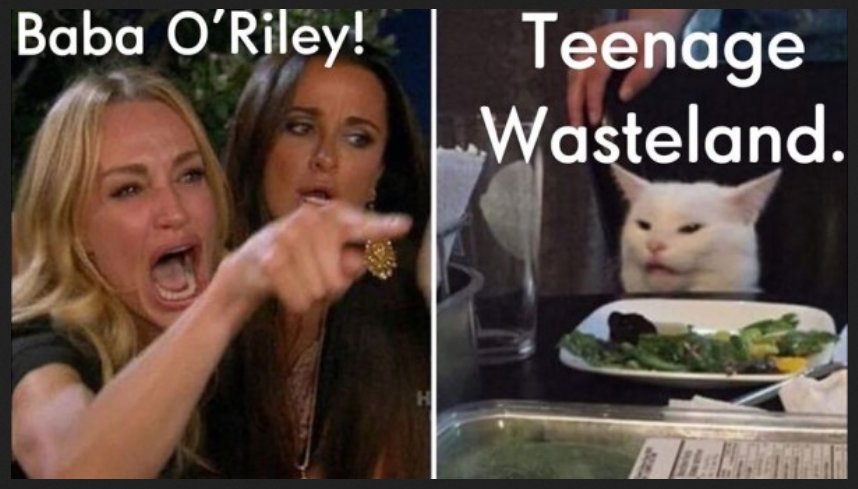 You recognize the context of the meme: The angry woman says something, perhaps incorrectly, and the cat weighs in with the truth, which is sometimes incorrect in its own way. But you get the punchline because you’re already familiar with the joke.

A meme is nothing compared to an allusion, though, in terms of power or the amount of information shared with the reference because poems and other works (such as the Bible, something often alluded to) have a lot more density and meaning to them.

So I explained to my boys, hoping it would stick that alluding to, say, Longfellow poem in a cartoon would have more depth and staying power than a mere mash-up or meme. After all, they’re steeped in the Internet from the last couple of years (since their self-awareness and receiving the school laptops), but they have no idea what I has a bucket means.

Yesterday, we did a poem from Amoretti by Edmund Spenser:

One day I wrote her name upon the strand,
But came the waves and washed it away:
Again I wrote it with a second hand,
But came the tide and made my pains his prey.
Vain man (said she) that dost in vain assay
A mortal thing so to immortalize;
For I myself shall like to this decay,
And eke my name be wiped out likewise.
Not so, quoth I; let baser things devise
To die in dust, but you shall live by fame;
My verse your virtues rare shall eternize,
And in the heavens write your glorious name:
Where, when as Death shall all the world subdue,
Our love shall live, and later life renew.

Not exactly a reply, but more of a humorous update, today we have:

One day I sprayed her name upon the wall,
but then it got erased by blasting sand.
I tried again with neon pink in hand,
but later on they greyed my urban scrawl.
“You dope,” said she, “what are you trying to do?
Each time you paint my name, they’ll cover it,
and take away whatever little wit
you crafted there; your scratching won’t show through.”
“So what?” I said. “When I’ve used up my paint,
and both our names inside their little hearts
are blasted by the city’s cleansing men,
I’ll take some pride in knowing that the taint
of darker paints or sand-scorched building parts
are secret signs of joys that once had been.”

That’s one I wrote; it is, of course, available in Coffee House Memories.

I’m not saying that the Spenser poem influenced me, but I also have another response/update to it entitled “A Carved Tree (I)” which begins:

One day I carved her name into a tree

Clearly, I was into sonnets and sonnet series/cycles when I was younger.

Unfortunately, that means that “O Capitan! My Captain!” will have to wait until tomorrow and not the anniversary of Lincoln’s Death. And I can mention to the boys that it appears in the movie Dead Poets Society. Although with the word Poets right in it, you would have to expect some poetry.