GREAT SCOTT! Back To The Future stars Michael J Fox and Christopher Lloyd have heartwarming reunion for ‘poker night’:

BACK to the Future stars Michael J Fox and Christopher Lloyd first captured imaginations on screen in Back To The Future in 1985.

And the much-loved stars – who played Marty McFly and Doc Brown respectively – were reunited 35 years later on Wednesday.

Fox, 58, and 81-year-old Lloyd posed for a picture at the annual charity poker tournament organised by Fox.

Can someone tell me what might be misleading about this photo and caption? 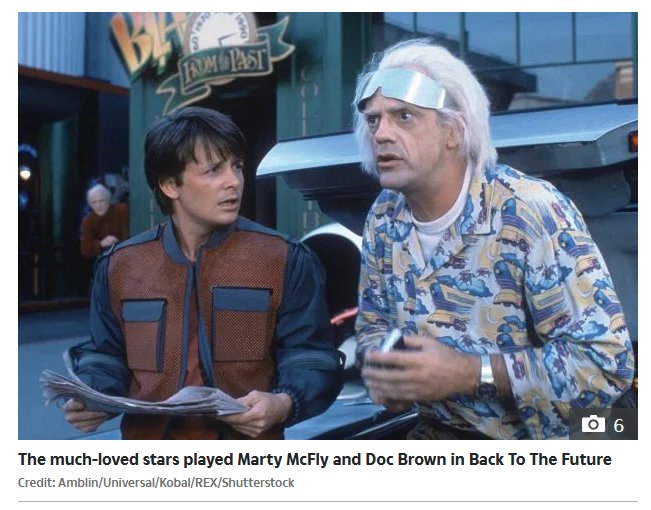