For some time, Facebook has shown me phantom notifications on my login screen. 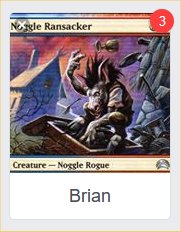 So last week, I thought perhaps these notifications from people on my friends list that I have unfollowed, generally because their posts are unrelentingly anti-Republican and anti-Trump, and I’d prefer not to think about how many people I’ve known on a friendly basis who wouldn’t mind if I was put up against a wall and executed for wrongthink.

So I unhid a couple, and one of them, a former co-worker of and bridesmaid for my beautiful wife, had a couple of posts about organ donors who benefited from her son. So I clicked a couple of times, and I learned that she had taken her son to college last year, and a couple of days later, he died.

This effected me in a couple of ways: I felt awful that I didn’t know this before now–nor did my wife, who might have also hidden her on Facebook. I mean, they still get together when my wife goes to St. Louis, but the last time had been before he died, so we just didn’t know. I felt bad for not knowing, and reeled a bit from his death so young–the bridesmaid had been early in her pregnancy at our wedding, and I don’t think I ever met the lad.

But it bothered me more acutely because the boys at Nogglestead are entering those rebellious teen-aged years and are becoming difficult in a sophisticated manner. Sometimes, we have to become strident in rule enforcement, which includes discipline, raised voices, and a lot of time spent angry and frustrated at our boys. Knowing that this young man died at 18, a couple of years older than my own children, made me viscerally aware that my family is spending some of our very limited time together with this nonsense. But it’s within the realm of normal child behavior, and parenting it takes some effort. It is harder, though, when viewed through the lens of mortality.

Last week, I also came across a trackback from Dustbury.com on a post I put up in 2010, right after I switched from blogspot/Blogger to my own domain and WordPress. I sent him a little note telling him that I appreciated his blog for a long time, but he never got it because he passed away this weekend. Charles was probably the longest-time reader of this blog excluding me, and I read his blog several times a day. Even now, when I have a spare moment, I find myself typing his URL in the address bar. I’m going to miss him, and I only knew the online version of him.

I don’t have a pat conclusion for this post. What, hug your family while you can? If you’re like me, that will probably diminish the further I travel from this moment–although my much-mentioned double-effect narrator always keeps me mindful of the passage of time and the loss of this moment at pretty much every moment.

Here, have some David Gilmour.