Since we were just talking about 80s movies, I saw this image on Facebook and thought it would make a good quiz: 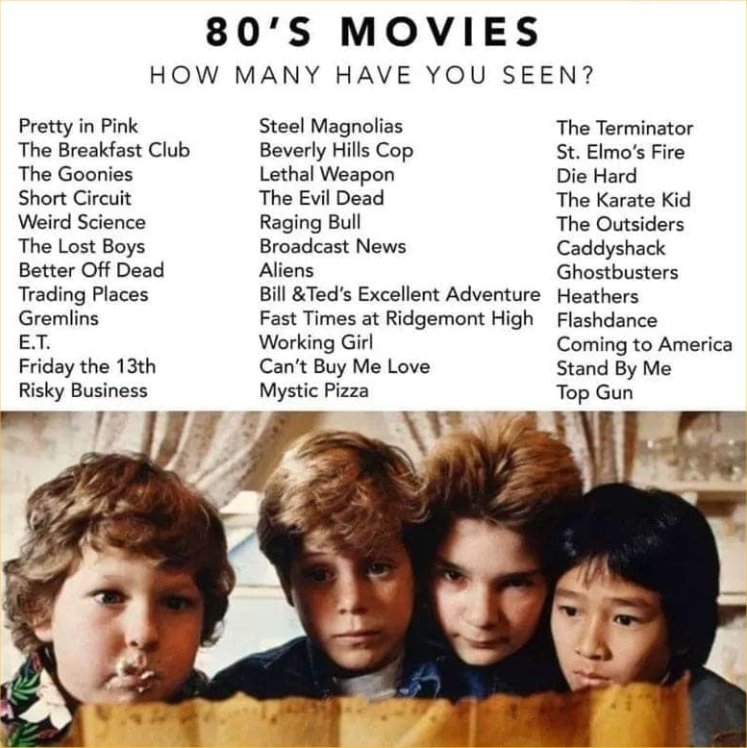 I won’t bother to type them all out because I am lazy, but allow me to identify the ones I have not seen and why.

Not bad since the ones I mentioned are chick flicks and whatnot.

I’ve seen Bill & Ted’s Excellent Adventure, Weird Science, and Die Hard within the last year. I’m hoping to see The Goonies and Top Gun with my children soon. A couple others on the list I’ll consider revisiting. A couple, like The Evil Dead and Heathers I’ll probably never need to see again. Of the ones I have not seen, Flashdance and Raging Bull are most likely and Friday the 13th is the most likely to not.