This weekend, our youngest son participated in a robotics competition in Camdenton, Missouri, which is about an hour and a half away from Nogglestead. Instead of getting up at a very early hour to have him at the competition at 7:15 am, we took lodging in Osage Beach, Missouri, for the weekend. Osage Beach is one of the communities on Lake of the Ozarks, another one of the large dam-created lakes in Missouri that filled in valleys and made lots of lakefront property. However, December is not the peak tourism season for Osage Beach, so we essentially had the place to ourselves.

While the lad did his robotics thing, we did our normal visiting-a-new-place thing: look for book stores.

The area does not abound with book stores. The only we could find within thirty miles was a Publishers’ Warehouse at the outlet mall. Which we visited, and I was pleased to discover they had a $1 book cart (just like Hooked on Books, but with newer books).

I got a couple. 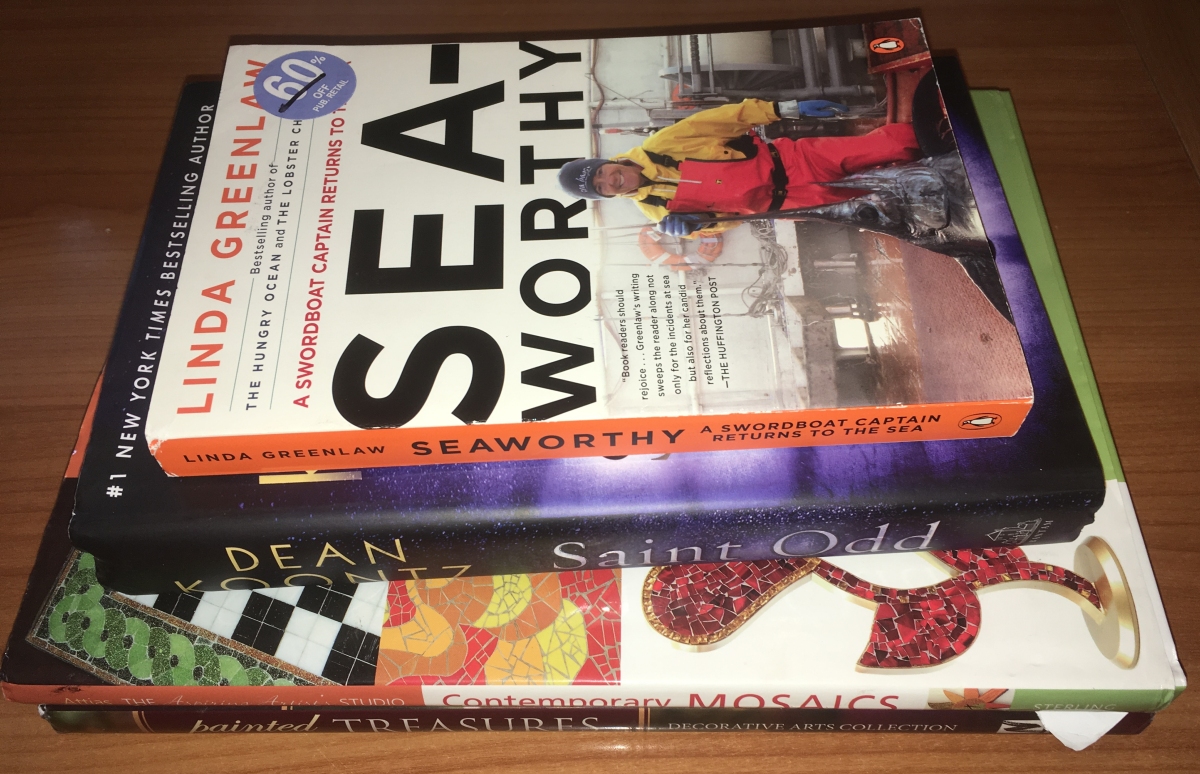 We also got a couple of gifts, and others in the family got fully priced mark down books, so I cannot tell you how much I spent. Maybe ten dollars.