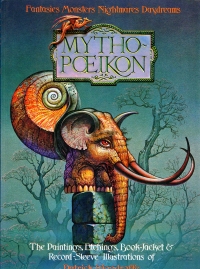 It took me two football seasons to make it through this book. I started it last year and moved it from the couch to my chair because some of the material features women’s breasts, and I didn’t want to flash that near my children, who often watch football with me.

Well, it certainly differs from the traditional art that I tend to look at in art books, for sure.

The artist is relatively modern; this book dates from the 1970s, and he comes from the British psychadelic milieu mixed in with some Indian busyness and symbols. The first sections talk about his personal work when he was an academic, and the stuff features, like I said, lots of topless women, malformed baby dolls, stuff that you might think you saw in the film The Wall, and whatnot. Nightmare fodder, like this: 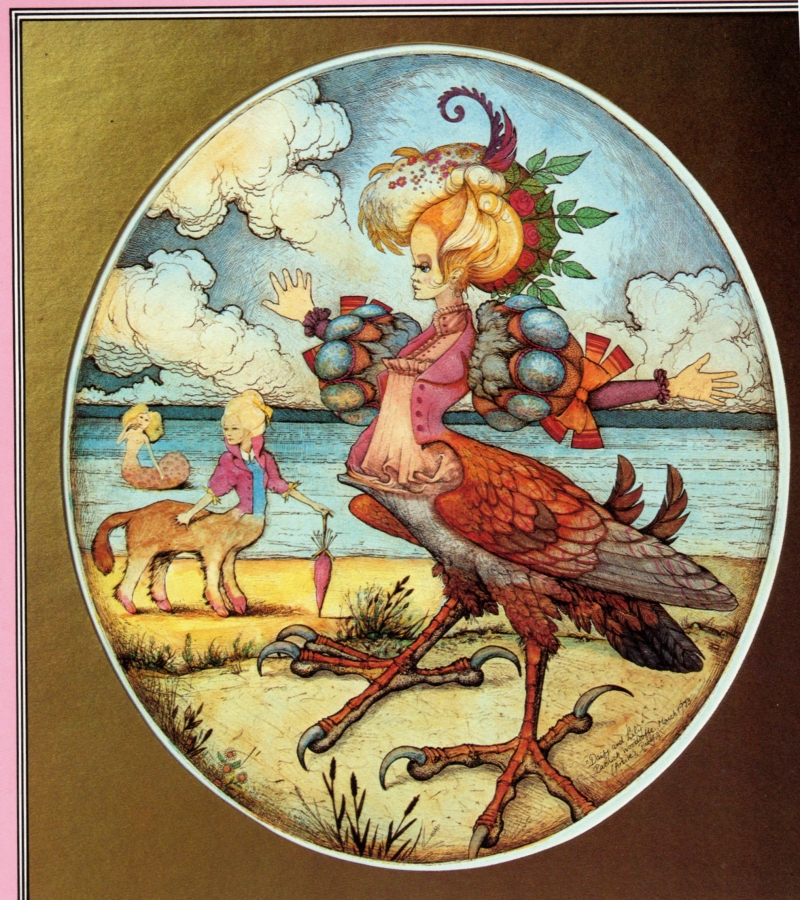 Clearly, not my thing.

Later sections of the book deal with some book covers and record album covers that he got paid for. Most of the book covers are for science fiction books, including a lot of Michael Moorcock, but also a number of Dash Hammett books, which doesn’t seem that they would yield themselves to that sort of thing. But the 1970s were a different place, man.

So, not my thing, and this guy made a go of it, so someone liked it.