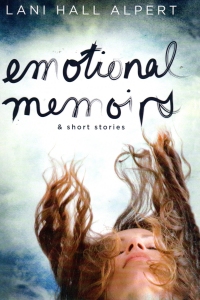 I bought this book after I attended the Herb Alpert / Lani Hall concert last year. I didn’t have enough cash to buy it at the theatre, but I ordered it promptly after I got home.

It’s a collection of short memories from Ms. Hall-Alpert’s life growing up in Chicago interspersed with short stories inspired by some of those memories–or perhaps the recollections are prompted by the short stories.

Regardless, it’s a collection of ten short stories (“Come Rain or Come Shine”, “Standing Appointment”, “Mr. Belmont”, “Something in Common”, “The Professor”, “The Ringing Bells”, “The Cleaning Lady”, “Curiosity”, “Coonfrontation”, and “Inland”). They’re mostly mainstream, slice-of-life style fiction you used to find in women’s magazines or in Colliers and sometimes Short Story magazine. They’re not self-consciously literary, which is nice. They deal often with men’s and women’s relationships and/or a woman’s, particularly an artistic woman’s, self-doubt. They’re nice little stories, and I cannot pooh-pooh them even though I have an English Degree® because I’m not having a lot of luck in writing my own short stories these days even though I’m gathering a little box full of ideas.

So they’re worth reading, especially if you’re a fan of her music.

You’re probably more familiar with her singing “Mais Que Nada” with Sergio Mendes and Brazil ’66, but she did the theme song for the Bond movie Never Say Never Again which my boys and I will watch after Octopussy which is next in our queue, so it seemed the thing to include in this book report.