I had the usual time to kill between youth activities last night, and I know where all the Hooked on Books dollar book carts are, so I picked up a couple books. 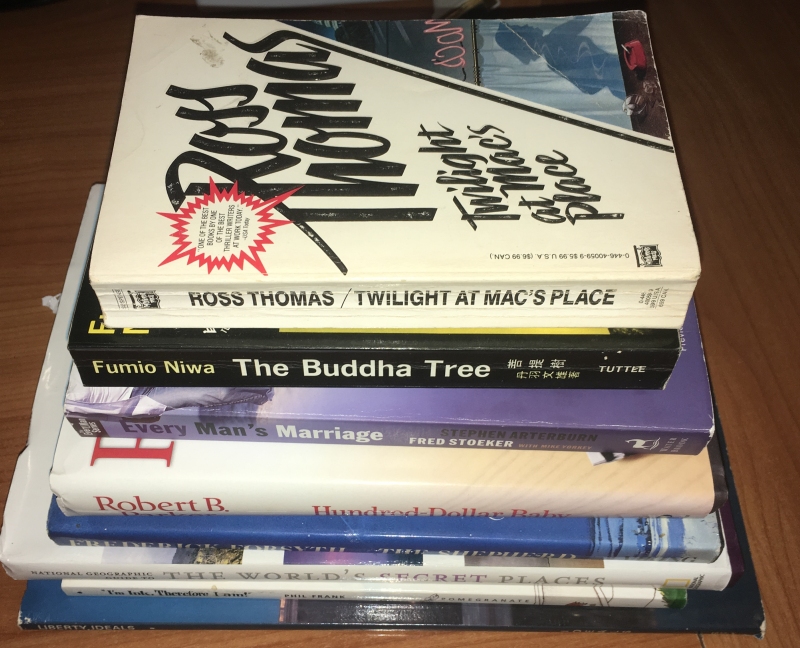 I spent six bucks and got:

Unfortunately, that only took twenty minutes, which meant we could go by Nameless City comics and games or the Ozark Treasures antique mall. I opted for the latter, as I expected I would spend less money there and could ostensibly look for Christmas gifts. As it stands, I spent two dollars on myself (I got an issue of Ideals magazine, “Liberty”, from 1984 and an LP, Eydie Gorme’ On Stage. And I did ostensibly get a Christmas gift for a cousin. So I’ve got that going for me, which is nice.

Total spent: eight dollars plus tax on myself, six dollars on the cousin, and probably that much on regularly priced books at Hooked on Books for my children. Not bad.