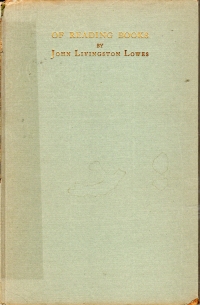 Wow, Brian J., you might ask. Didn’t you used to read books? I know I ask myself that question frequently. But my reading time was curtailed the first quarter of this year. First, I didn’t have a lot of time to read a small “carry” book that I took out with me to various locations where I’d have a half hour or hour to kill. I’ve not been going to martial arts classes enough this year so far, and when I do, it’s been on days where I’ve not had to get there for my children’s classes, where I would wait for mine to begin thirty or forty five minutes later. And instead of sitting on a bench in church on Sunday mornings during the Sunday School hour, I’ve been schlepping my laptop to a local coffee shop to try to bang out the beginnings of a novel. Also, as you might recall, I’ve been working my way through some Shakespeare, and the book that I’ve picked up in the middle of Measure for Measure is long, too. So I’ve not been adding to my annual to-read list very much this year.

However, this month I have determined that the schlepping of the laptop is a lot of work compared to the actual throughput I get in writing (currently, I’m on page two of the novel, as it takes me ten minutes to get to the coffee shop, a couple minutes to eat a pastry or several, and then I have to pack up twenty minutes later to return to church to pick up my family), so I decided to return to my perch at church to do some reading.

I started with this volume that I got in December. Because it’s short, and it’s about reading books. How meta.

At any rate, the author gave this particular speech at two separate commencements to the graduating class of 1929. It’s broken into three parts. The first talks about reading at the university, and how so much of the university is designed to teach the students marketable skills and not so much about the classics and the love of learning. The second talks about how it’s important to learn to love reading when you’re young, as the things you read then you will read with relish and zeal that you lose a bit as you get older. The habit, built then, will lead to a lifetime of reading which might lack the zeal of the young but brings its own pleasure. In III, he explains the benefit of being well read, where it will lead you to make synthetic connections between things that you might not otherwise get, and that only broad reading gives you this chance to make those connections between the things you read and encounter.

The book is very literate, chock full of allusions and quotations (without sourcing) that he expected a college graduate to get in 1929, many but not all of which I recognized in spite of a twenty-some year old degree in English and philosophy and continued reading since then (he quotes Miranda from The Tempest which is fresh in my mind).

But his address really just illustrates that what goes around comes around. You find contemporary thinkers worrying about the university not teaching young people to think or read the classics and only teaching them skills for commerce. Of course, William Wordsworth talked about too much getting and spending, too, even before Lowes.

The commencement addresses were given to college students of the late 1920s, which were more hoity toity than you get today after the GI Bill and government loan programs made it available to everyone. And they hit the workforce and the real world months before the stock market crash that launched the Great Depression. So history has made itself a double-effect narrator that makes us cringe a bit for those students.

So worth an hour or so of your time if you’re into books or history, I suppose. Or if you have to start furiously padding your annual list of books read.