So I had fifteen minutes to kill yesterday afternoon before picking up my children from school, so I stopped in at Hooked on Books. Partly because it has a restroom. But, as you know, I always find something on their sale book racks. Today, they were indoors because of the weather. But I found a couple.

I might have mentioned before that Hooked on Books has the best selection of John D. MacDonald paperbacks in the Midwest. But that was eleven years ago. Now, they have two paper copies of Barrier Island, and I have a lifetime of regret that I did not pick them up when I could.

At any rate, I got a couple sale books. 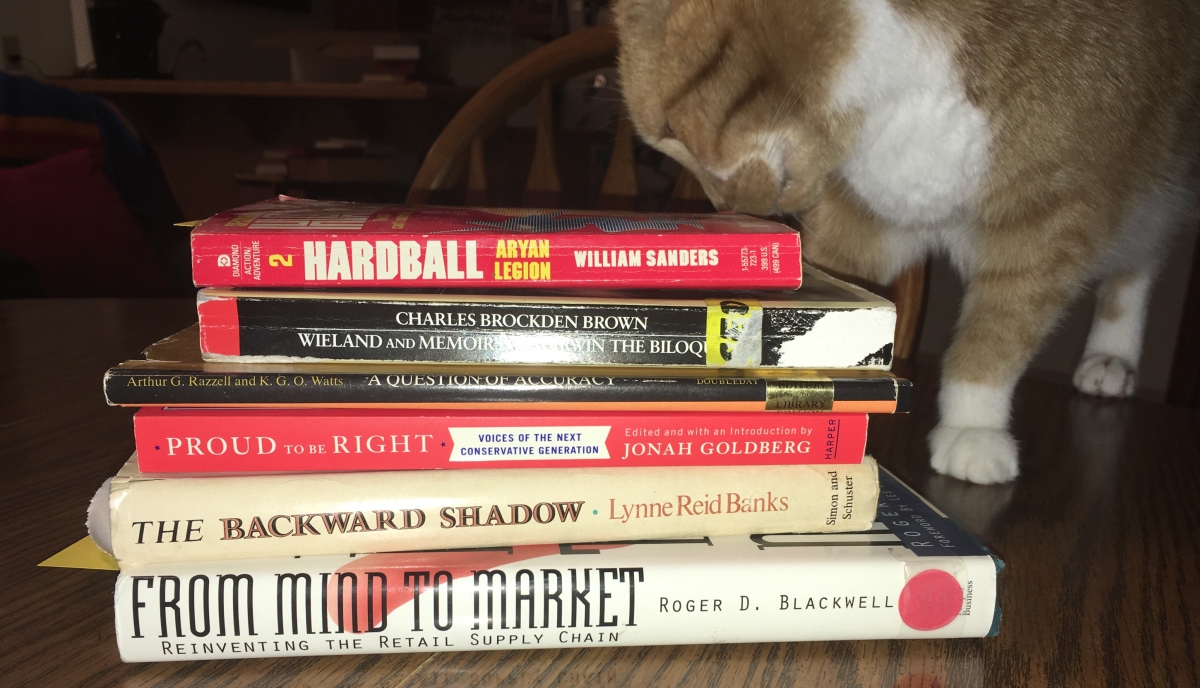 They were sale books, so I spent about $7.50. It’s almost worth it for the story about the last book alone.