This weekend, my beautiful wife and I were schlepping our oldest son to a basketball tournament in lovely Pierce City, Missouri. We took the two lane US 60 south out of Republic and through the town of Monett. After we passed through Monett, we came upon a piece of military equipment in front of the VFW.

“Look, boys, a tank!” my beautiful wife said. Maybe she didn’t actually say the exclamation point. Perhaps I am embellishing.

“That’s not a tank; that’s mobile artillery,” I said. (Upon further review, it looks to be an M110; my brother was the spotter for anti-armor, so he could hopefully have told you that without having to Google it.)

“Well, it’s the closest thing that the boys will see to a tank today,” she said. Fortunately, she did not ask me how I know such things (as she once asked me how I knew a revolver did not eject its shells, and I was flabbergasted–I do not exactly where I learned revolvers do not eject their shells, except that a revolver does not eject its shells because it is not a semiautomatic pistol). If she would have asked me how I knew, I would probably have tried to be mysterious instead of acknowledging that I own both the GI Joe Slugger self-propelled cannon and M.O.B.A.T. battle tank. Yes, own, not owned. But she did not ask, and I did not volunteer my information source because it might have diminished my authoritative declaration.

“Unless Pierce City has a tank,” I said.

We turned onto Missouri highway 97 and crossed into Pierce City and passed the Lawrence County National Guard Armory.

Which had a tank out front. 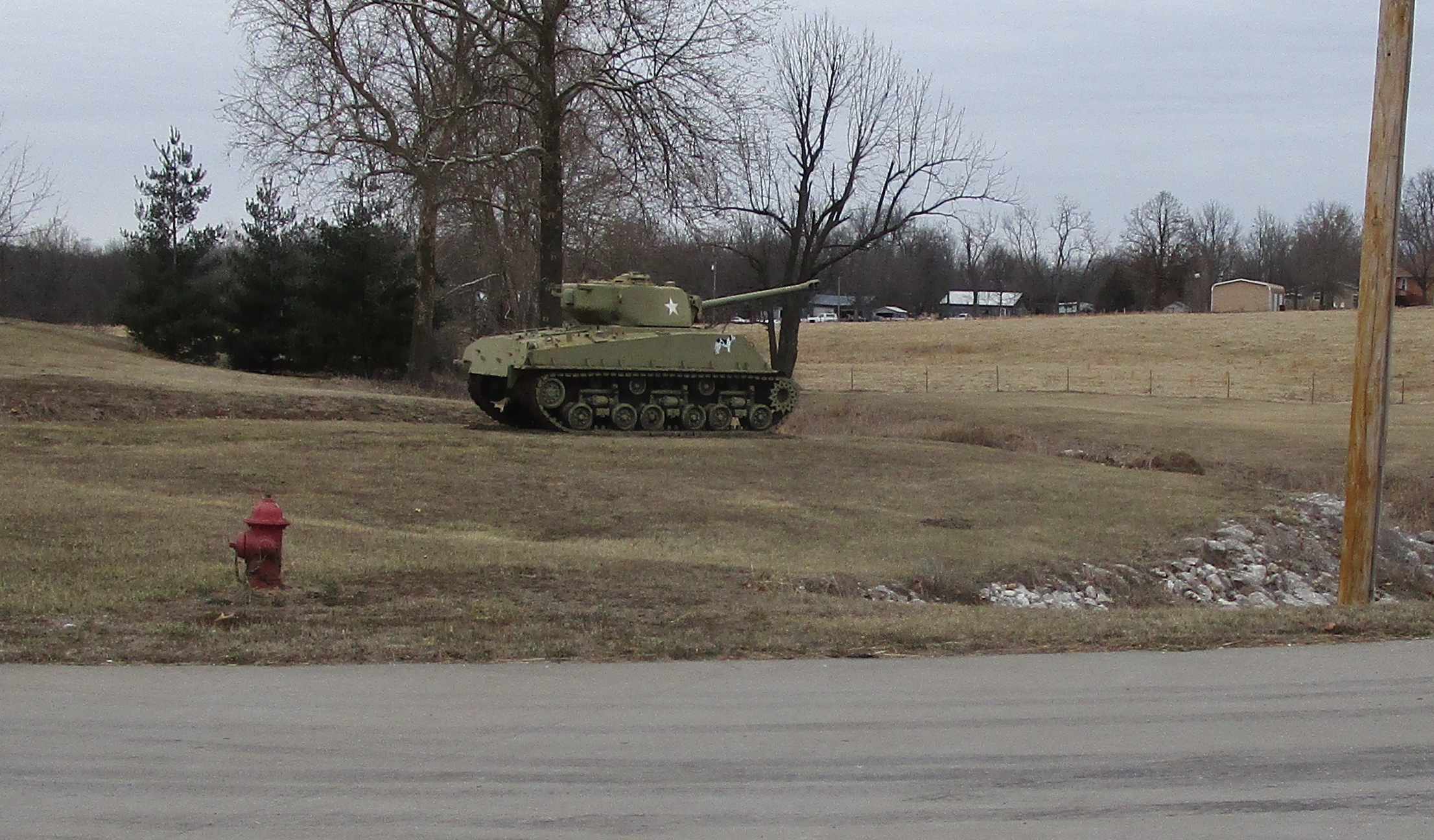 So it turns out Pierce City does have a tank. An M4 Sherman, if I am not mistaken, and if I am, no lives are at stake as would have been if my brother had made an error.