The Friends of the Springfield-Greene County Library moved the semiannual book sale from a location about fifteen minutes from me to a location about forty-five minutes away, plus or minus fifteen minutes with traffic. So I’m only going once this year, and I made a beeline to the record albums. I knew I was going to be in trouble when the second album I touched was Eydie Gorme and The Trio Los Panchos More Amor.

So I bought a lot of LPs. 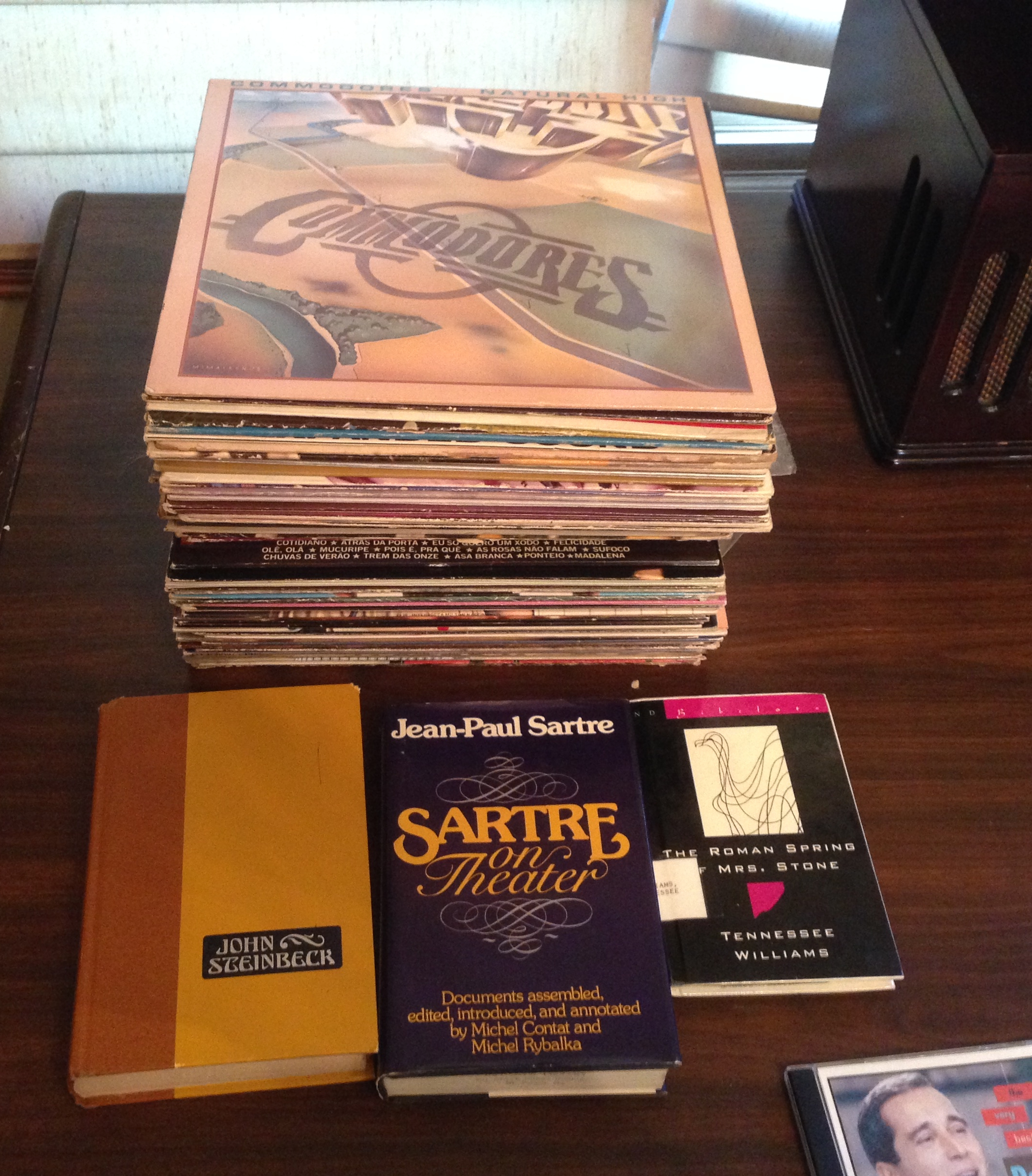 Don’t bother counting. That’s sixty albums. They had a large number of Brazilian albums, mostly samba and MGB, so I ended up with a pile of them now.

I got three albums (Herb Alpert and the Tijuana Brass Going Places!! and What Now My Love and Sergio Mendes and Brasil ’66 Look Around) because they had better covers than the ones I already have. I got two albums (Blue Skies and Live It Up!) because of the “and the Nelson Riddle Orchestra”.

And I’ve got a couple weeks worth of listening for about $60.

I got three books, too, as you can see. And my children found a Perry Como title in the CDs for me, but when I got home, I discovered it was a copy inside, so I discarded it. I try to be careful about that, but I was too busy worrying about the records to check the CD I guess.

Also, I tested my beautiful wife’s love as never before as I brought in this ten inch stack of records. Followed soon by the greatest test ever of my furniture making skill as I try to create a storage solution for my hundreds of LPs.