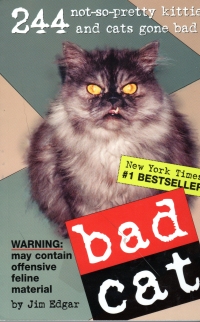 I have an embarrassing and stunning admission to make: I have read this book twice even though I didn’t like it. Not exactly. Let me explain.

This book is based on a desktop calendar that features pictures of cats, sometimes doing things that make them look a little guilty, accompanied by qouted captions where the cat is saying something. And they include the cat’s name, age, and hobby. Here, have a taste: 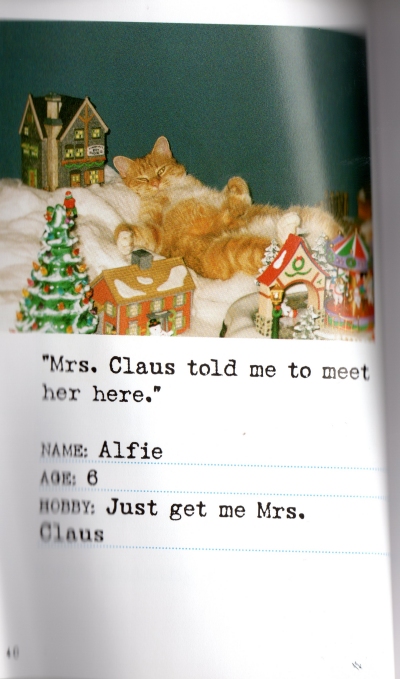 Obviously, this one would have come from December in the calendar.

Most of the captions have a sexual or drug use angle, and all of them are not funny. As a matter of fact, some of them are so not funny that they’re enjoyable for the spectacular badness. Although it’s been seven years since I had the calendar, I remembered some of them.

But this collection is really the sweepings on the floor of cat caption industry. Your Facebook wall or Twitter feed have better examples of the genre.

This book was a Christmas gift, as was the desk calendar. But at least with the book, I was able to flip through it in a couple hours instead of over the course of a year, one dreadful cat sex caption at a time.