So I was cleaning out my car from a couple weeks’ worth of accumulated detritus, which typically includes a large number of children’s books, a stray article of children’s clothing, a child’s lunch box, wrappers from children’s snacks, children’s artwork/papers, and water bottles, when I uncovered this: 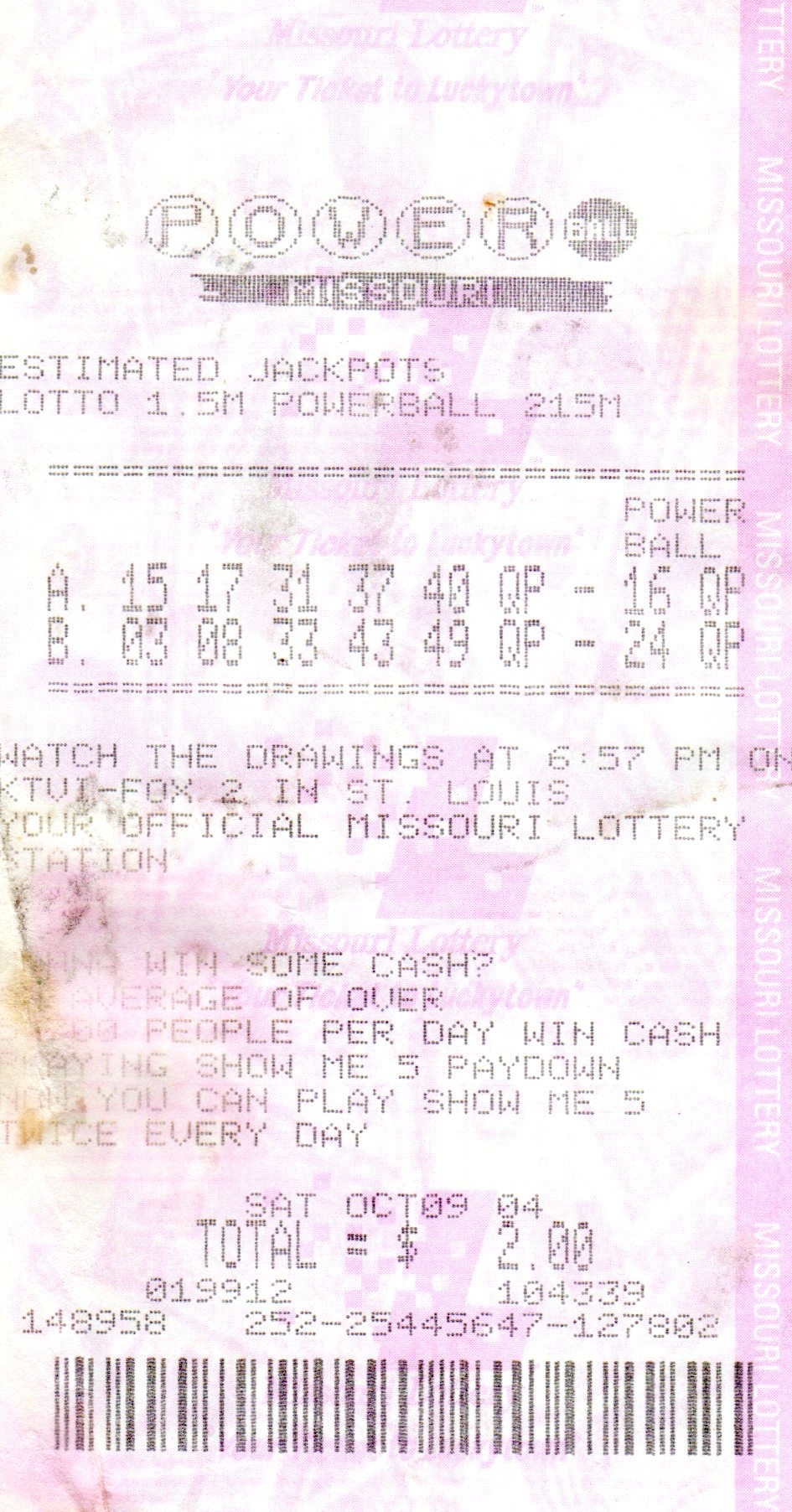 How did that get there?

It’s a bit of a mystery, considering the following:

I probably did pick up the occasional Powerball ticket in those days; I have certain ebbs and peaks (pardon the mixed metaphor) as my interest in the lottery waxes and wanes. The text on the ticket promotes watching the lottery on a St. Louis radio station, and I was living in the St. Louis area 10 years ago (as these very blog archives will attest).

Of course, I can’t look to this without reminiscing where I was ten years ago. It was on the eve of George W. Bush’s reelection. I had just started working from home as a computer consultant. We lived in Casinoport, and we did not have children. I was driving the pick-up that I still have, but my beautiful wife had not yet traded her Eclipse for the family SUV. I suppose I could go back to this blog’s archives for a day-by-day of what I was doing then, but I’m too lazy for that.

But as to how it got into this vehicle ten years later, I have no idea. The best theory I can come up with is that someone used it as a bookmark and that it fell out of a book; however, it wasn’t from a book I was reading. Perhaps a book my wife was reading? The vehicle itself is a 2004 model, and we bought it in St. Louis, so it’s possible, I suppose, that its first owner lost this ticket somewhere in the cabin infrastructure and it only now has resurfaced. But we bought the used truck from a dealer, so they cleaned it and polished it, and we’ve cleaned the interior ourselves, and we’ve had the car cleaned at least once by professionals. The ticket would have to have been lodged somewhere special to hide out for a decade in the SUV.

I don’t know. There is no clear explanation for it. This being the Internet, I’m going to have to guess something implausible, like a microwormhole.

Also, I’m pleased to note that it is not a winning ticket. That would have been too much.