We’ve reached a point in our lives where we’re actually decorating for Christmas. For a while, we’ve put up a Christmas tree, since we had a family. But we’ve gone past that now and into putting little Christmasy tchotchkes around the house. Well, the living rooms. We’ve not hit that middle-of-life suburban point where we swap out artwork on the walls–unlike a certain aunt of mine–but we do put up mementos. Mostly it comes from me, of course, with my personal-relicophilia. If my mother put it up on the shelf once when I was young, it represents a Christmas tradition going back throughout the centuries. Now that the number of people with whom I’ve shared actual Christmas traditions from my youth dwindles, I need these silly little memory triggers to make sure I remain increasingly depressed during the Christmas holidays. Now, what was I saying before I was rummaging through the junk drawer for single-edged razor blades?

So now that we’re doing the little knick-knackery for Christmas, we spread them out on hearths, on bookshelves, on the piano, and whatnot. We disperse them so that when you look, you might catch a little bit of the spirit or whatnot. However, at the end of the holiday season, when we take down the decorations in early January, we don’t always get all of the bric-a-brac back in the boxes. For a week or two, we’ll find another something here or there. A sleigh. A pine cone. A stuffed Christmas tree. Something that had faded into the background over the course of the month that our eyes skipped right over it when it was time to de-Christmastiate.

If we found it in a couple of weeks, we’d still have the wherewithal to pull the boxes out of the most remote storage location in the house, which we always reserve for Christmas gear (although at Nogglestead, it’s a small closet beneath the steps, where we have to bend and twist to get the things out, but it’s not as bad as the attic at Old Trees). But after enough time has elapsed, we sort of let it go and either tuck the tchotchke into a drawer or just let it hang out for the year.

This year’s Straggler of the Year is a little elf-bearing-gifts on the clock: 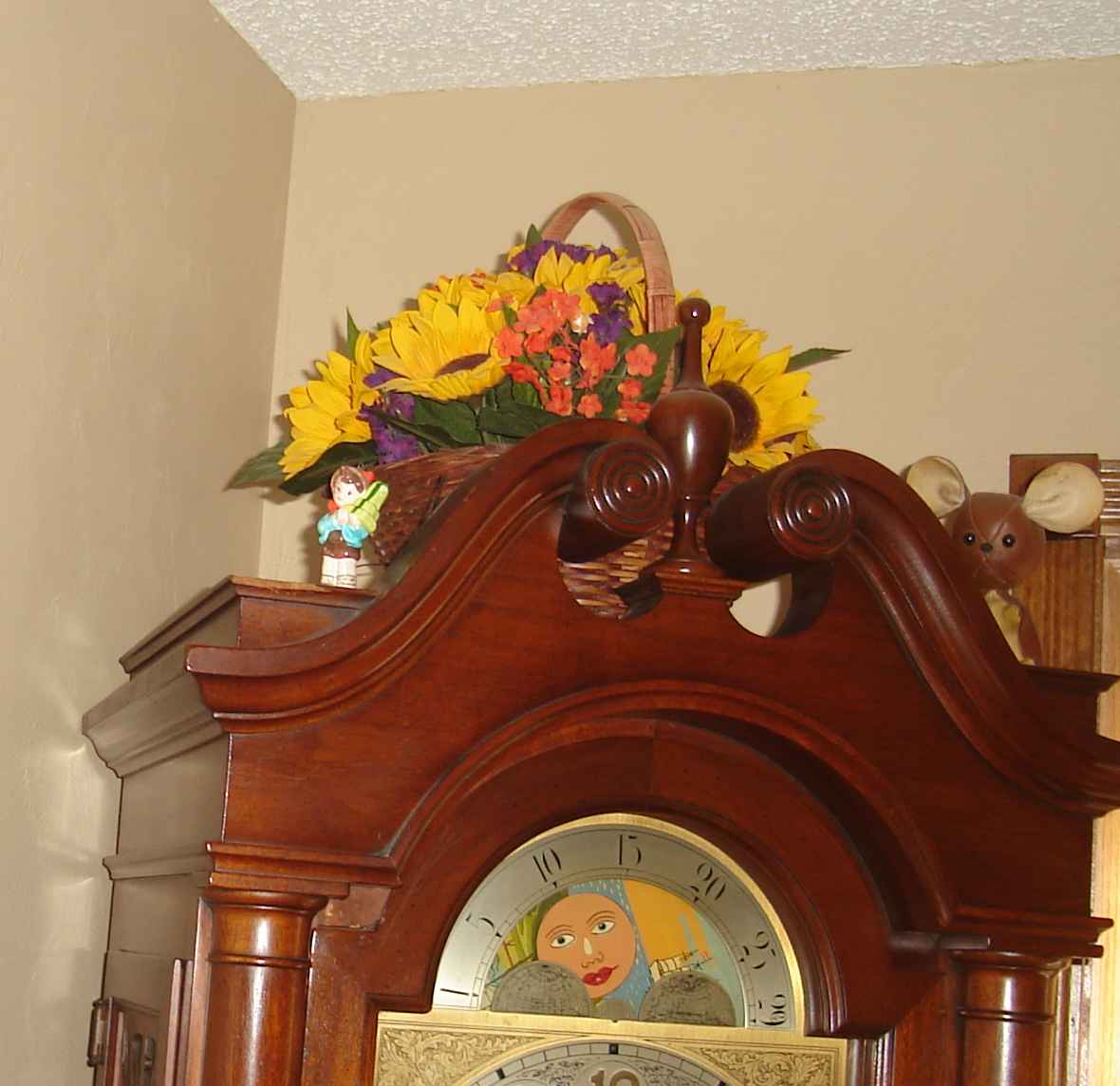 My Nana gave me that a couple years ago, sometime after my first son was born. I think it came with a little boy doll that she gave us to decorate his room. For a while, it did, but after we left Old Trees for Nogglestead, the doll moved to the basement and the little elf rightfully became a Christmas decoration. Well, it would have, if we put it away after Christmas.

But atop the clock, it’s outside the normal range of the eye as it travels through the room. I sort of hid it a bit behind the clock’s facade for much of the year, but now that it’s appropriate again, he’s stepped out.

Hopefully, one of you will remind me sometime in January to pack him away this year. Undoubtedly, though, next year we will have a different winner of this annual award.

2 thoughts on “The Christmas Straggler”