Good god, man! Have we unlearned so much as to unleash this upon our young again? 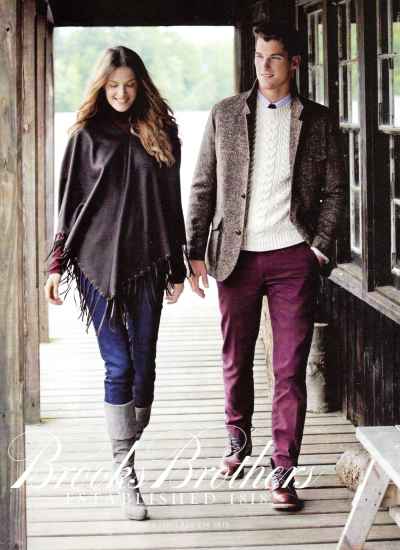 Purple pants? Must we repeat everything of the 1970s again?

Allow me to dictate a rule of fashion to you people who aspire to be something like men, except with sore thumbs not from hitting them with a hammer while trying to be something like a man (a real man has evolved to hitting the actual nail) but from playing video games all day (although some real gamers would say they’ve evolved to have strong thumb muscles that no longer get sore, with which I would quibble over the word evolve). At any rate, the rule is:

No purple pants unless you are a clown.

Which is a bit of a tautology. If you’re wearing purple pants, you are a de facto clown. And not a scary, nightmare-fodder clown. A clown like Shakespeare would have wrote about. A buffoon from, well, not the country in the modern case, but rather from some enclave in the city where they have Brooks Brothers stores and where women smile warmly and not in mockery when walking next to someone wearing purple pants. Although I am not 100% sure that the female model in this ad is not laughing at the model in the purple pants.

I’ll not be shopping there, thank you. I’m holding out hope that George Zimmmer hasn’t loaded Men’s Wearhouse with these things so I don’t have to deal with them in the event that I buy a good suit in the near future. I’d hate to have to (and by hate to I mean “would really love to but would be conflicted by the expense of”) go to London to get a real bespoke suit.