I know, I know, you’re seeing all the blog posts about crafting books and are thinking, “What kind of man is this Brian J.?” The answer is, “Not much of a man at all.” For further proof, note how he does not make all improvised household repairs with duct tape.

I’ve had a recurrent problem with the slats falling out of beds for years. You know, when you have wood lying between the rails of a bed frame to provide extra support. My wife’s old bed, which served as our guest bedroom bed for a number of years and lies dormant until it can again serve as a guest bedroom bed when we free up the system resources for a guest bedroom, is notorious for this. I guess some beds don’t actually use them–my current bed frame does not–but the beds that my boys have came with balsa wood slats tied together like some kind of thin Jacob’s Ladder that would be unable to support the weight of a mattress, much less a boy on a mattress.

So I cut some slats for one of the beds, but I found that the slats were falling out easily as the children bounced on the bed. The rigor was actually turning the rails of the bed, which widened the space between the rails, or the boys were somehow moving the slats so that they would turn and drop out. Someday, these beds will be bunk beds, and we can’t have two-by-fours falling from above several times a day.

A real man would have solved this with duct tape. However, doing a lot of craft activity means I have resources that other men do not. Namely: Velcro®.

Two years ago Hallowe’en, when I made the boys costumes (a pizza and a plate of spaghetti), I used Velcro® to secure the costumes, so I had a lot of it. Even when you count the small amounts used to hang video games on the wall, I had a bunch left. Relatively lightweight stuff, with less adhesive nap to it than some of the other applications. But just enough to add extra friction to the ends of the slats.

So I lined the bed rails: 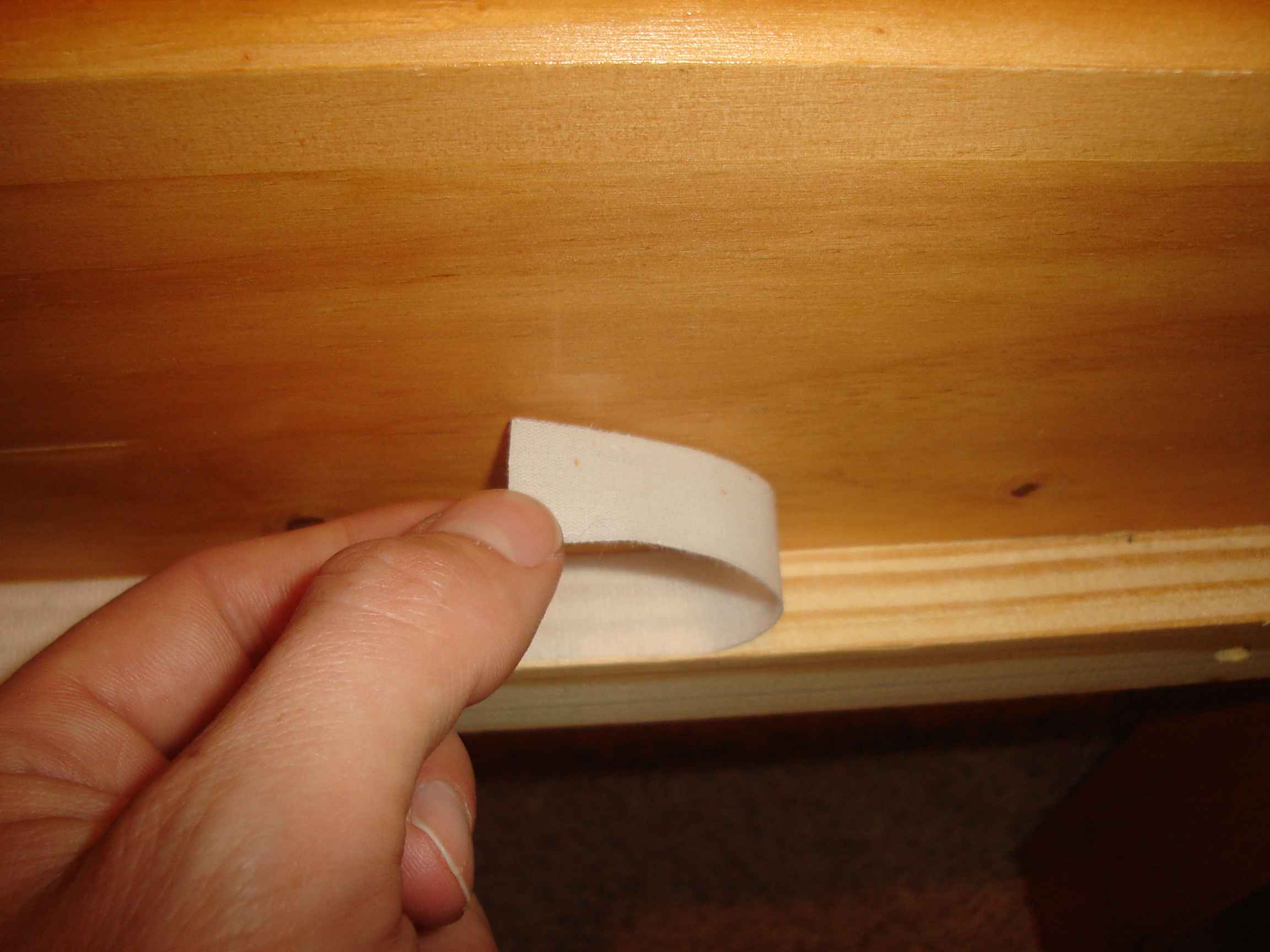 I put a continuous strip along the bed rails so that I could adjust the position of the slats or add more as needed; if I’d only put a little bit where I thought I would put the slats, I would not have that flexibility.

And I put a little on the ends of the slats: 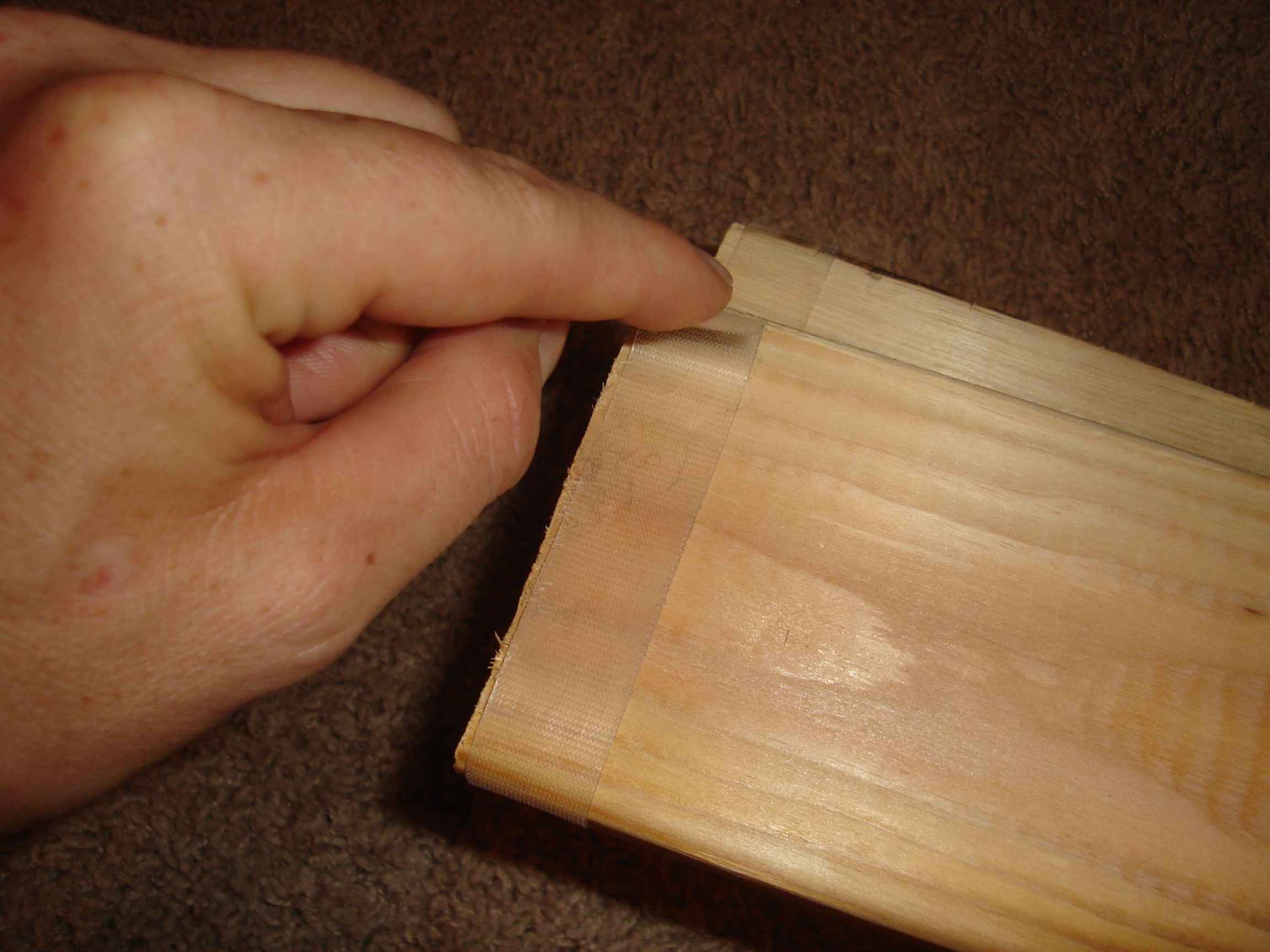 I could have wrapped the ends, but I only put the Velcro® on the bottoms of the slats; I don’t need the flexibility to turn them over. I can simply put them Velcro®-side down when I need to.

So far, so good. The slats have stayed in the bed, so I might be onto something here. And I saved my duct tape for more important things.

2 thoughts on “Wherein Brian J. Admits He’s A Sissy Because Sometimes He Makes Household Fixes With Something Other Than Duct Tape”