As you know, I’ve been listening to LPs on my little Crosby turntable. I discovered that RCA, if not everyone that puts out sets of records, doesn’t put side 2 on the back side of side 1. Instead, you get, in a two volume set, side 1 and side 4 on a disk and side 2 and side 3 on a disk. If you have a four record set, such as The Barber of Seville, you can see sides 1 through 4 with sides 5 through 8 on their back sides. 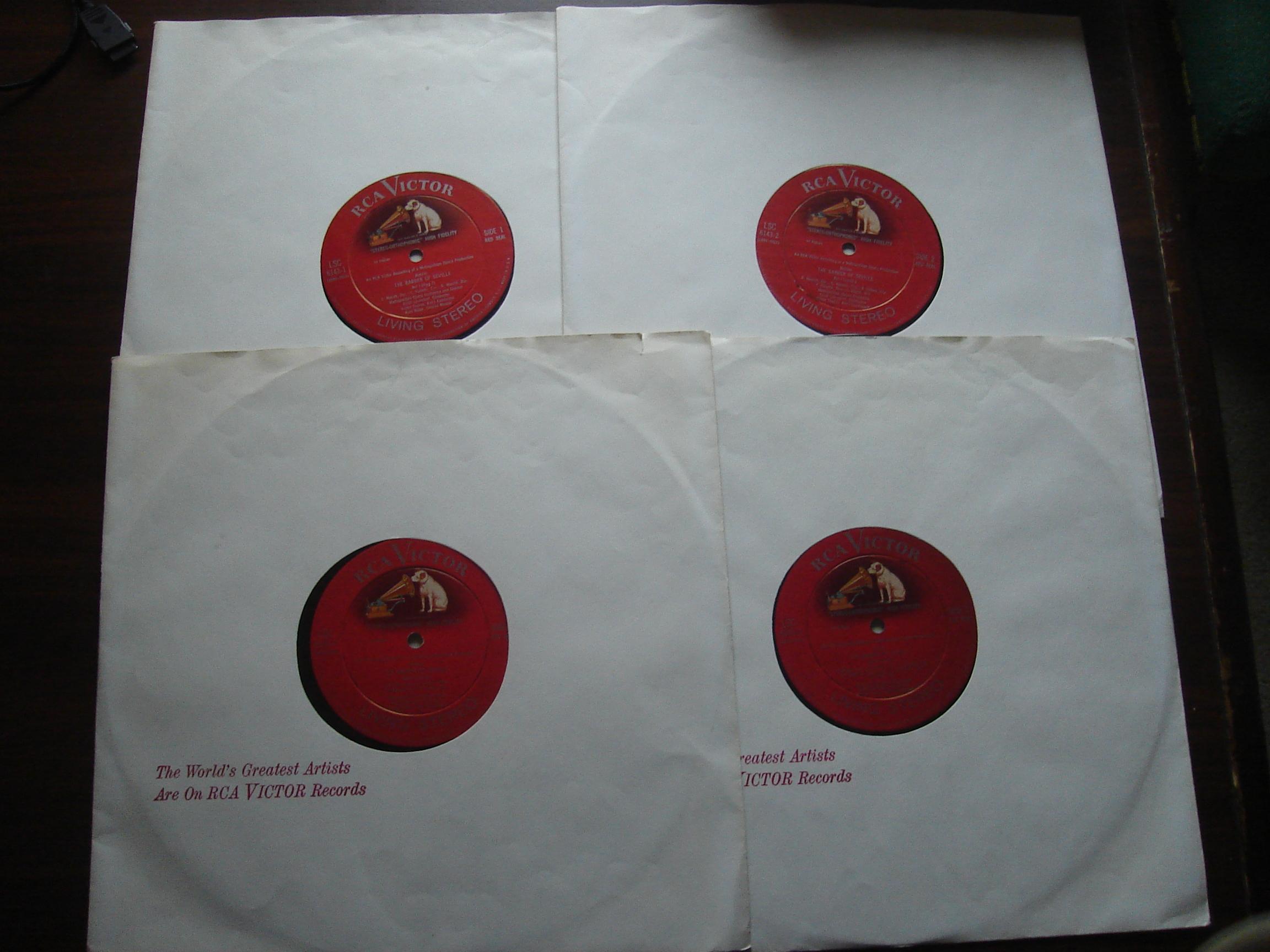 What the dickens, I thought. Those guys at RCA are just crazy.

Of course, the answer is automatic for you, Charles, but I had to puzzle it out.

You see, I’m listening to these on the little Crosby. But I hearkened back to my youth, when we had a real stereo and then a console stereo. With spindles that could handle multiple records.

You put the stack of records on the special spindle, and it would drop the bottom one and play it. When that one was done, the second disk would drop down and play. And so on.

By putting the sides of the records thusly, RCA made it so that listeners could stack the records, put them on the spindle, and then when the two or four disks are done, turn the entire stack over to listen to the other half.

The answer didn’t come to me automatically because I didn’t have or I didn’t listen to these sets when we had the stereos that could accommodate them. We just put individual LPs or 45s (on a special spindle for them) and let them play.

I could puzzle it out, though, because I had experience with the spindles in my youth.

3 thoughts on “Were I a Couple of Years Younger, I Would Never Have Figured It Out”