On Tuesday night, we had a little time without the children, so my beautiful wife and I ducked into Hooked on Books.

I bought a couple books: 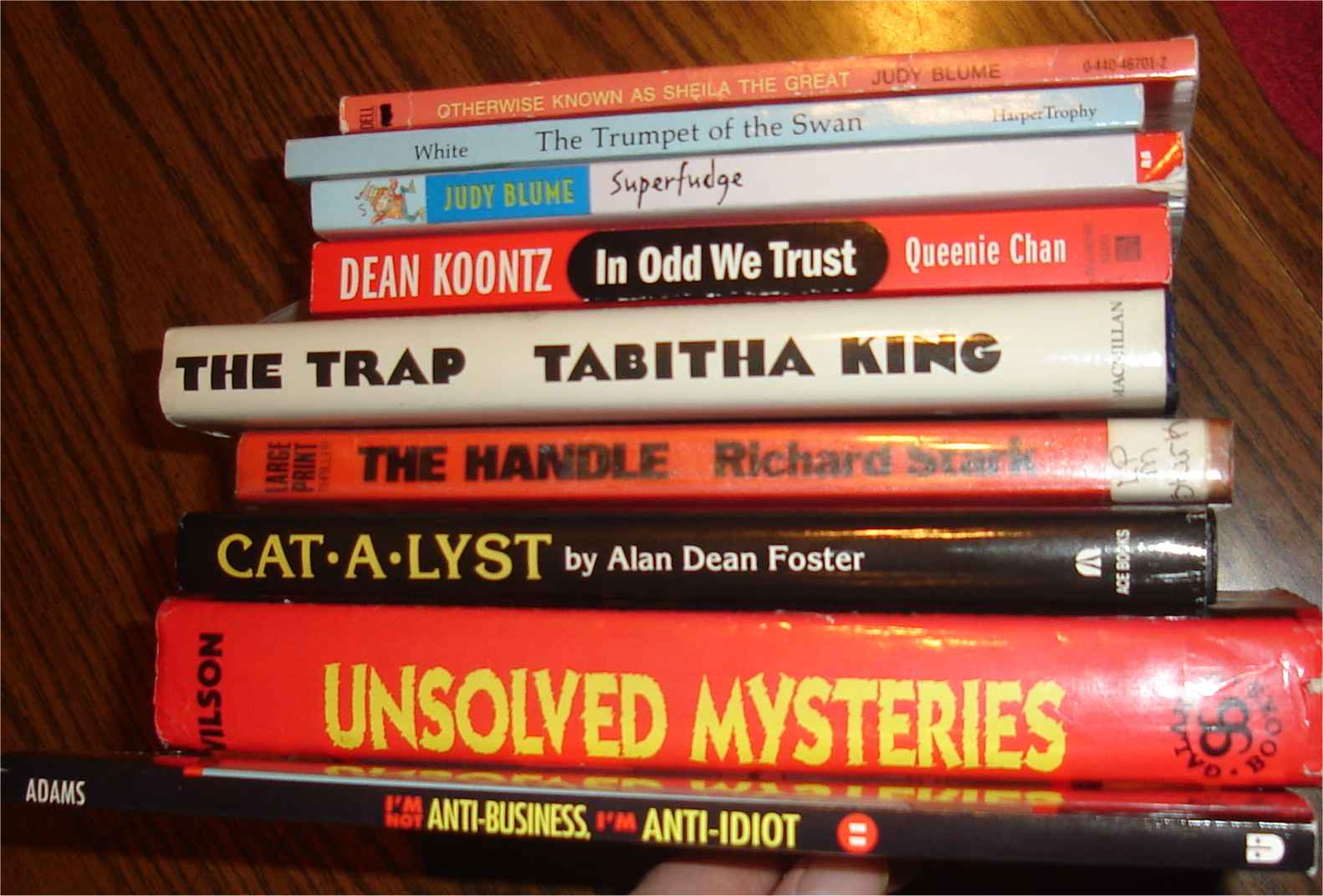 You can tell the nature of my shopping excursion: the book racks in the front with the $1 books, the small alcove in the back with the $1 books (and penned graffiti), and then the classics/literature section where I bought nothing but where it was next to the comics.

I haven’t even read all the books I bought at the book fairs this year yet and I’m hitting the used book stores for fun. What is wrong with me? Is the fact that I like to look at bookshelf tumblr sites also a symptom?