I know, usually this is James Rummel‘s thing where he tries to identify guns from movies, but I thought I’d like to tackle the schtick.

So, what kind of gun is the wicked hunter using to shoot Babar’s mom here? 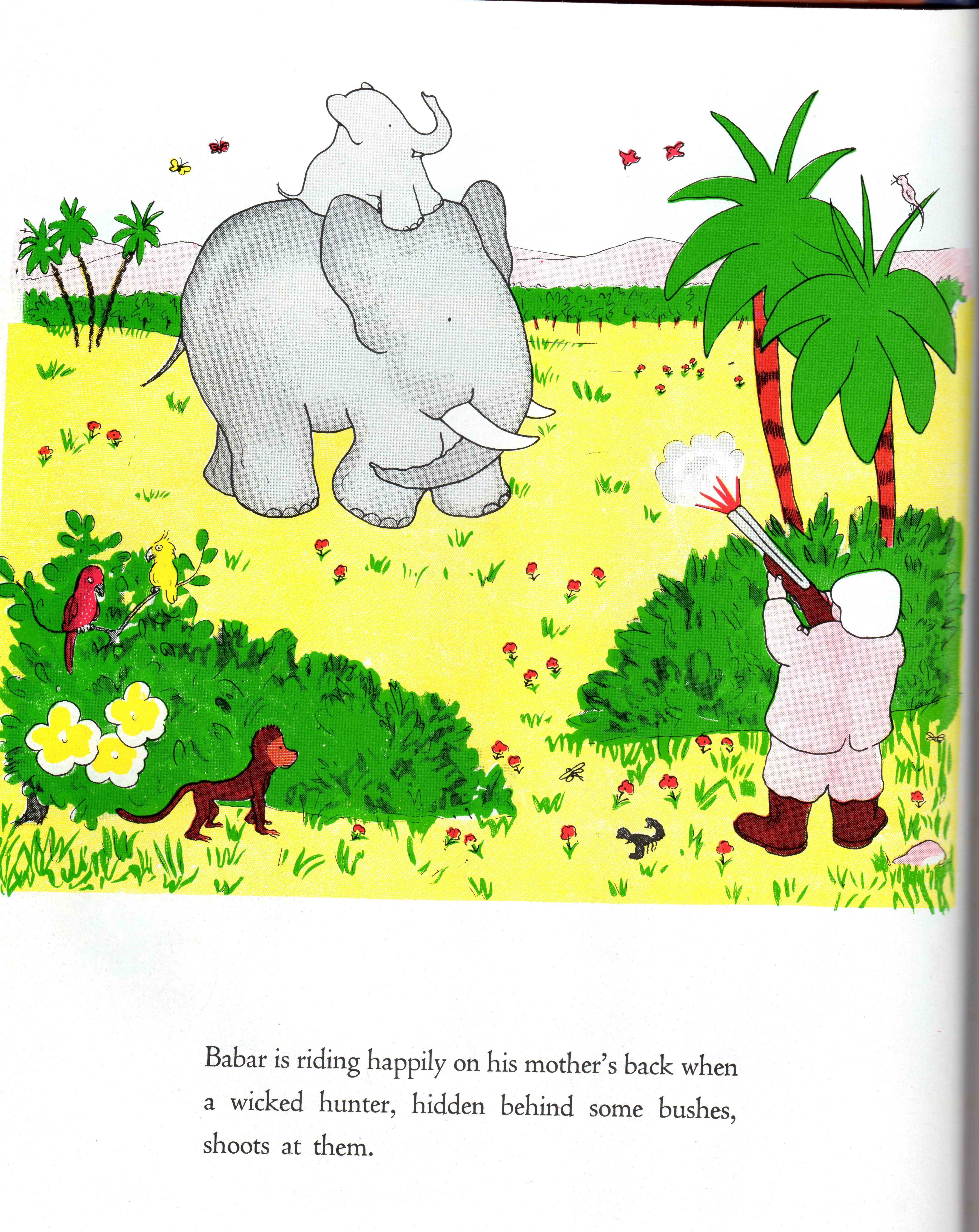 It looks, from this perspective, to be a double-barrelled shotgun, but can you really get a shotgun load that will take down an elephant?

Personally, I was hoping it was a Weatherby Mark V Deluxe chambered in .460 Weatherby Magnum since I already researched that particular elephant gun for yesterday’s post. But that gun was introduced in the 1950s, and Babar dates back to the 1930s.

Now, about that “wicked” hunter. What kind of story calls a hunter “wicked” but relates the tale of an orphaned elephant who wants to dress like a dandy, who finds a random wealthy Old Lady on the street who buys him nice clothes and a fancy car, and who returns to wed his cousin and become king because he has nice clothes and a fancy car after the existing king dies from bad ‘shrooms? You call that kind of story a children’s classic.

Hey, I’m not knocking too much the Babar stories. Some of them are okay enough, but the dude’s origin story is kinda squicky. Maybe they need to reboot him with a little less French this time.