So, some months ago, apparently I put a Power Paw vacuum cleaner attachment on my desk because it needed to be cleaned out so that the little spinner gizmo in it would spin.

Apparently, some months ago, same Power Paw fell between a disorganized organizer and the side of the hutch attachment on my desk, which means it lie hidden there between desk cleanings until such time as my wife really, really wanted to use it and actually ordered another one, waited for it to arrive, and then used the replacement for whatever she wanted pawed powerfully.

At which time I found it. And moved the organizer so it’s touching the hutch so nothing can fall in between the two.

Weeks pass, but this morning, I had a couple of moments to kill, so I picked it up, unscrewed the two Philips screws holding it together using a small screwdriver that also happened to be lying on my desk, and knocked out a bit of dust to unlock the little gearwheel. 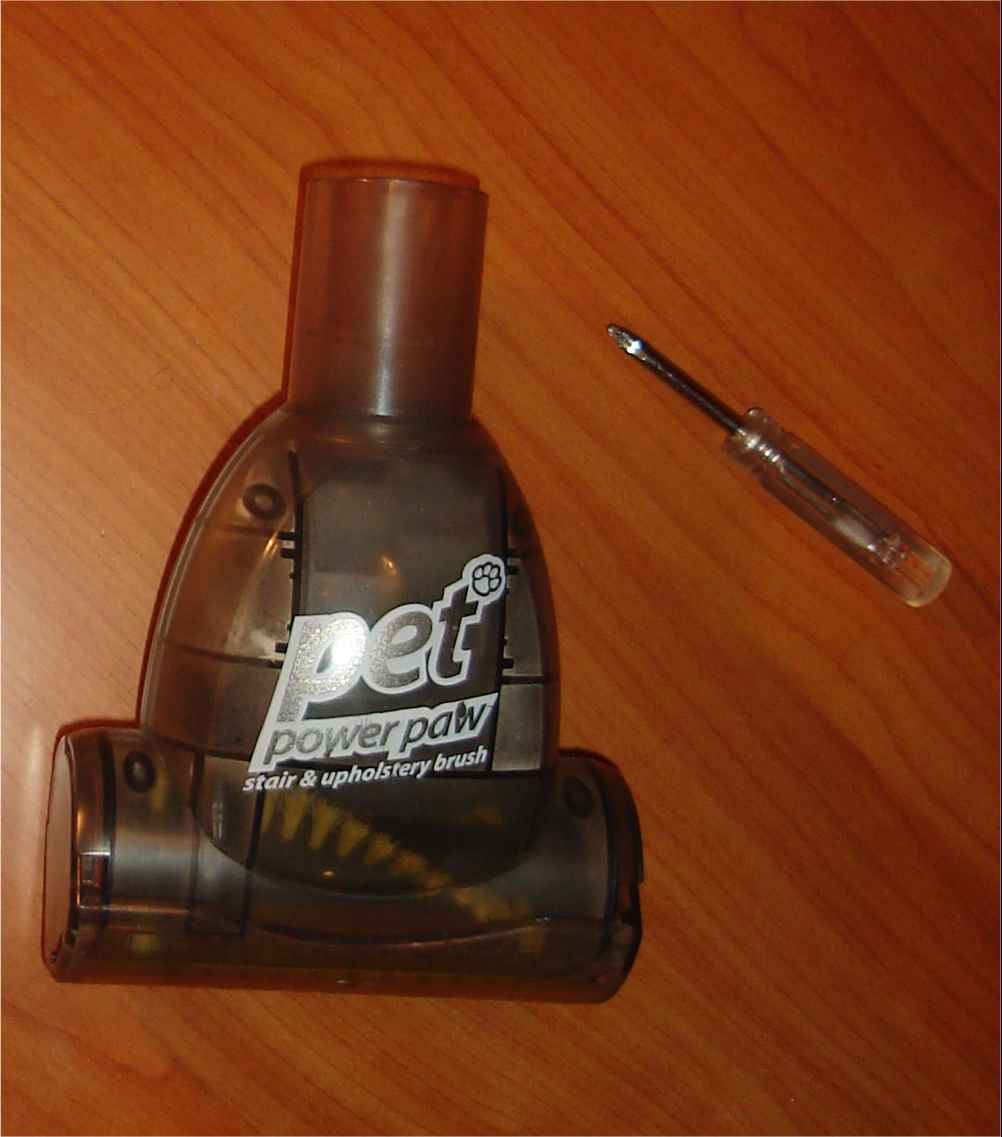 As my sainted mother liked to say, “I don’t like to rush into anything.”