Almost 20 years ago, I saw The Visit at the, uh, Milwaukee Repertory Theater when I was in college. What, you don’t believe me? 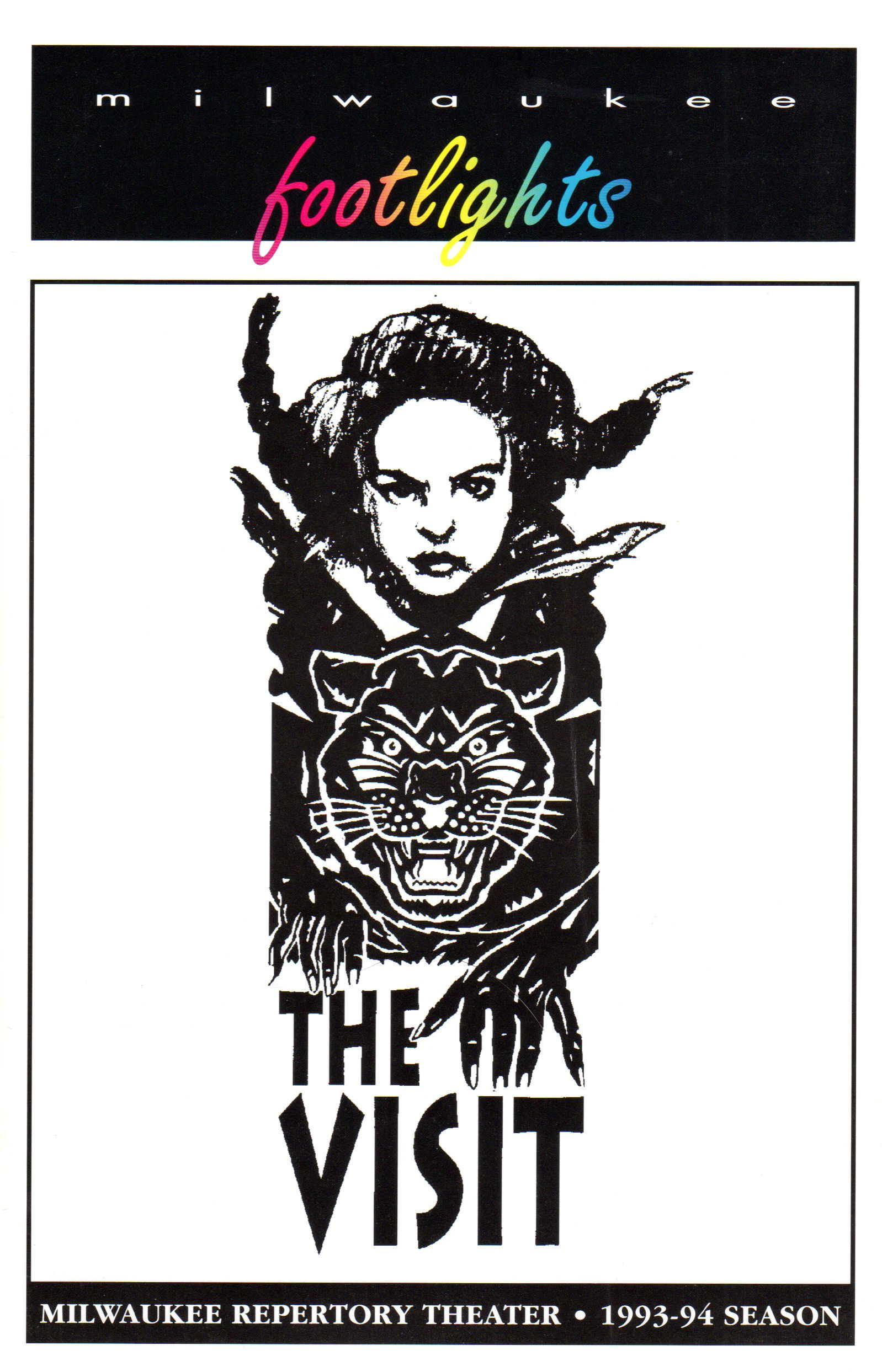 Sorry, I get confused sometimes. The PAC or whatever the heck they call it now down on Wells Street was a theater complex that had a number of plays running sometimes simultaneously. Was I at the Pabst? Was I at the Caberet? Which theatre was I at that night? I went to so many.

Damn you unbelievers! Even though I was a college senior at Marquette University, I was working 50 hours a week to pay tuition and to take women to the theatre. Why, my senior year of college, I saw The Norman Conquests, all three of them, with three different women. Actually, I saw Table Manners twice with two different women because I booked them incorrectly, as the Rep was rotating them nightly and I got my nights confused.

Damn you unbelievers! Even Marquette women would let me escort them to the theater (where many had never been) when I bought the ticket (with money I made between classes and extracurricular activities and invitations to the Rep by slinging produce for 50 or more hours a week as acting manager of the Produce section of a Shop Rite). Of them, only one was a freshman kind of impressed by the attention of a senior.

So you’ll excuse me a bit of triumph here if I can’t recollect exactly which of the women who thought I was good enough for a theatre ticket as friends with which I saw this piece performed lo, those years ago.

No, what is important is the comment I made to her as we walked out: “I hate fascism.”

Heavens to betsy lou! Was it Linda, the woman-girl with whom I’d exchanged notes in the Fall semester philosophy class and who, through some miscommunication, did not know my sorta interest until the Spring? After this play, we went to a bar, and she accused me several times of patronizing her until I said, “Well, it’s all over now, you might as well drive me home.” Could be.

Oh, yeah, this play about Fascism and what it (metaphorically) entails is being put on by the Stray Dog Theatre in St. Louis this month.

If I still lived in the area, I’d be all on that like a stray dog on…. Well, you fill in the metaphor.