I buried my buddy Ajax today. 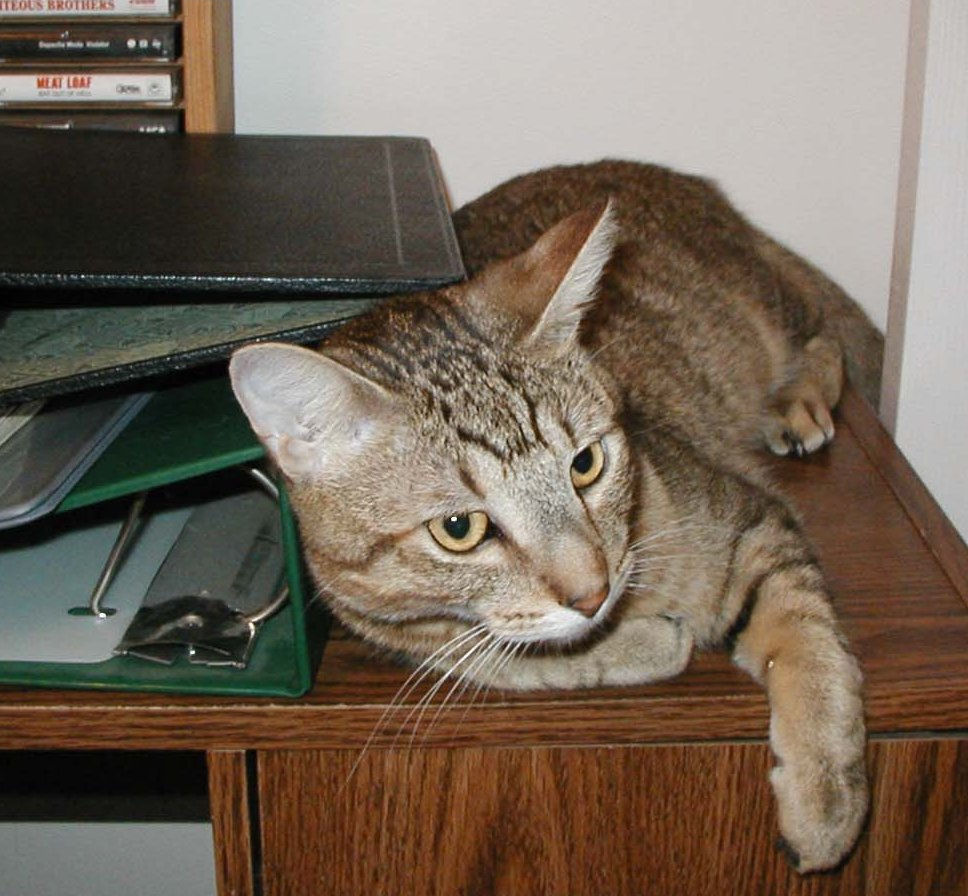 We got Ajax from the APA 11 years ago. I wanted a dog, so I got one; Ajax was a compromise cat for my beautiful wife. Ajax didn’t really take to her, though. Mostly, in the kitten days, he took to the puppy. They were best friends, playing together and lounging together, sometimes near each other… 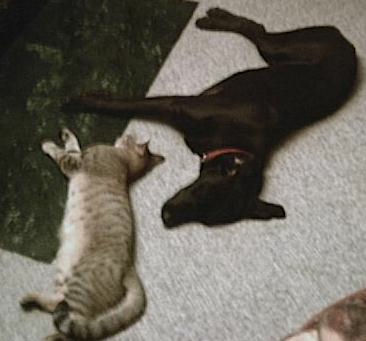 …and sometimes where Ajax’s head rested in Horatio’s mouth so that he would be sopping wet with dog slobber.

Unfortunately, H-dawg died a puppy, so Ajax took to being my office cat. 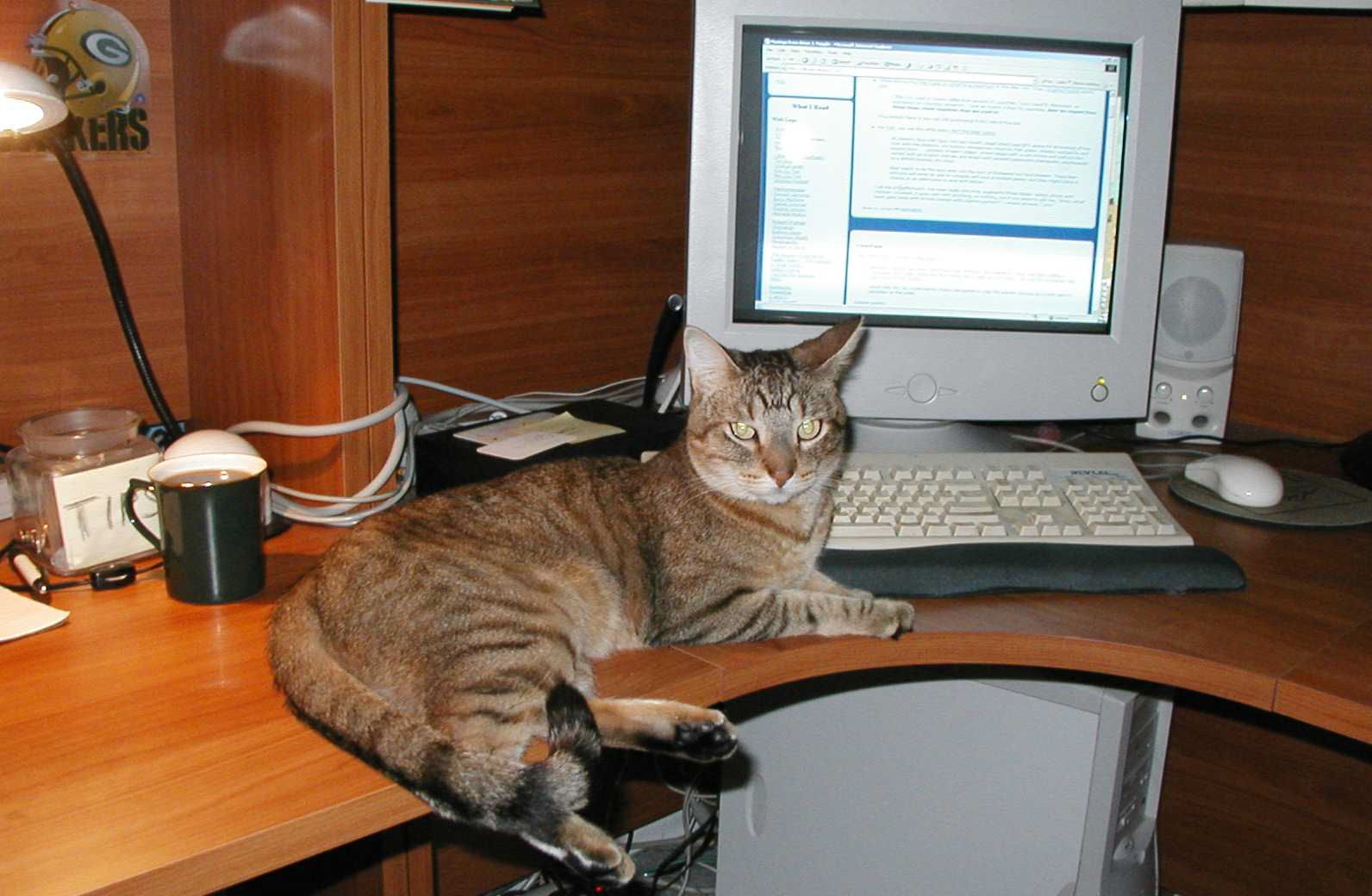 Sometimes, this meant he liked to steal my doughnuts. 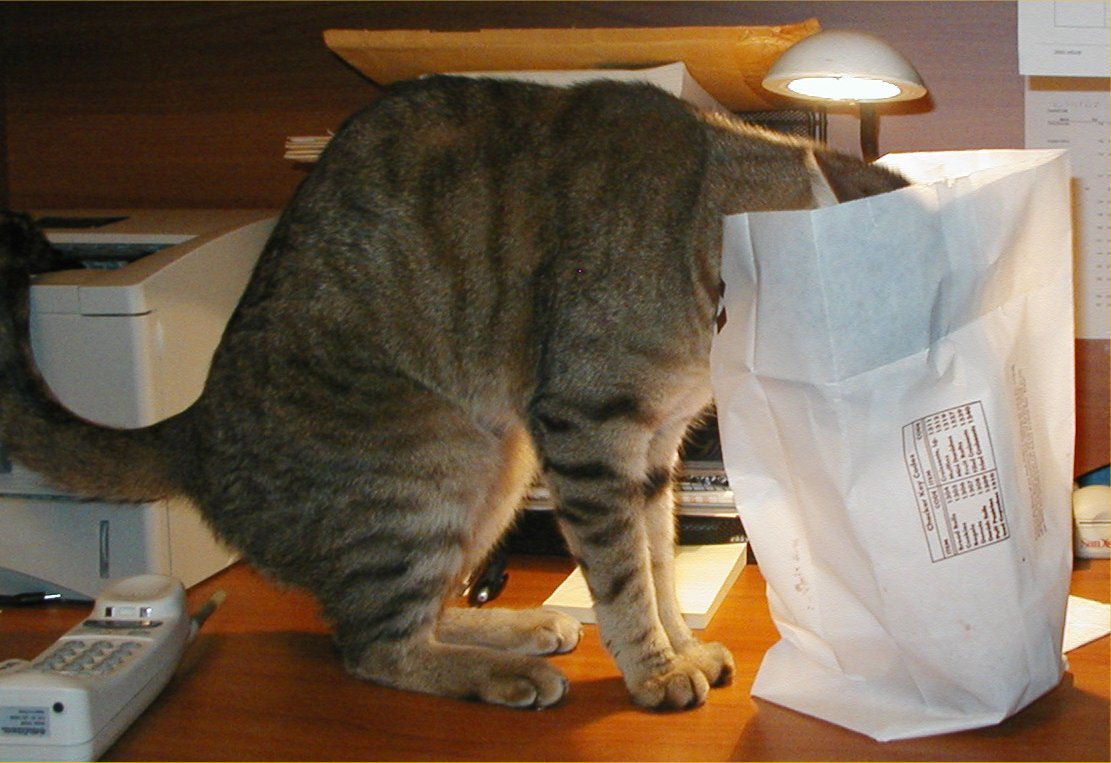 Back in the CRT days, he liked to lie atop the 19″ monitor I had in my home office, and I’d have to sweep his tail out of my way while I worked.

Heather’s father stayed with us overnight as he was passing through on a hunting trip the year he died. He thought Ajax was a great cat. He liked to tell of how Ajax stood on the toilet tank to watch him shave. 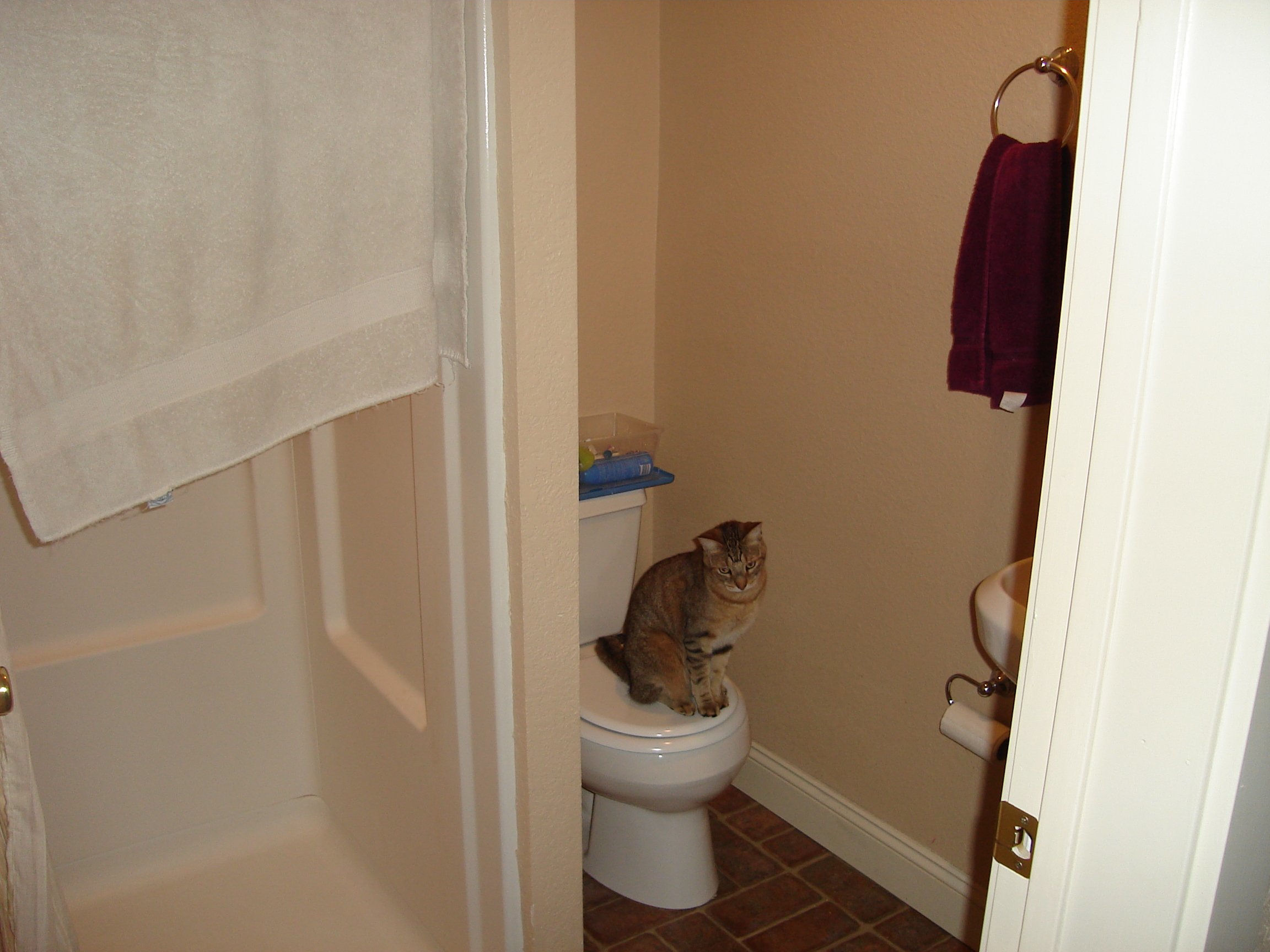 He’d had problems with his kidneys off and on, leading to occasional outbreaks of inappropriate urination. When we moved to Nogglestead, it became pretty regular, and his fellow tabby Galt joined them. Instead of drastic, final measures, we put both of them out in our big back yard, partially fenced, and kept them around that way.

He rather enjoyed some of his freedom outside; he liked to wander and chase the smaller wildlife around, knowing he was safe within the fence. Safe, fed well, and loved. I especially liked to go out and say good night to the boys when it was warm enough, enjoying the sounds of the country, the darkness, and the purring of affectionate cats right before bed.

But this evening, as I was mowing the lawn, I spotted a dead animal in the yard. As I passed, I thought, “That looks kinda like Ajax.” So I stopped to take a closer look, and it was my buddy. He wasn’t traumatized or mauled; he was just still. I dismounted, checked to see if he was responsive, doubted whether I could trust my check of his responsiveness, and lifted him to take him to the vet maybe when I lost all doubt.

I went into the house and told my wife to occupy the children. They like to watch me mow the lawn, so I expected they would see me from the windows when I picked this cat-shaped thing from the lawn. I went back out and took him to a nice osage orange tree and buried him in the soft soil at its base.

When I returned to the garage, I heard lamentations from inside the house. My wife had told my four-year-old, and he is old enough to understand. Almost. I dreaded this day for a long time; I knew our aging cats would begin to pass away at about the time my children would become attached to them and understand death. More than I wished my buddy would live forever, I wished my children would not reach this day. Sadly, neither was possible. There is nothing in the world more aggrieving than grieving children.

So Requiēs Cat In Pāce, ‘Jax. Thanks for the good times, and know we will talk about you for the rest of our lives. 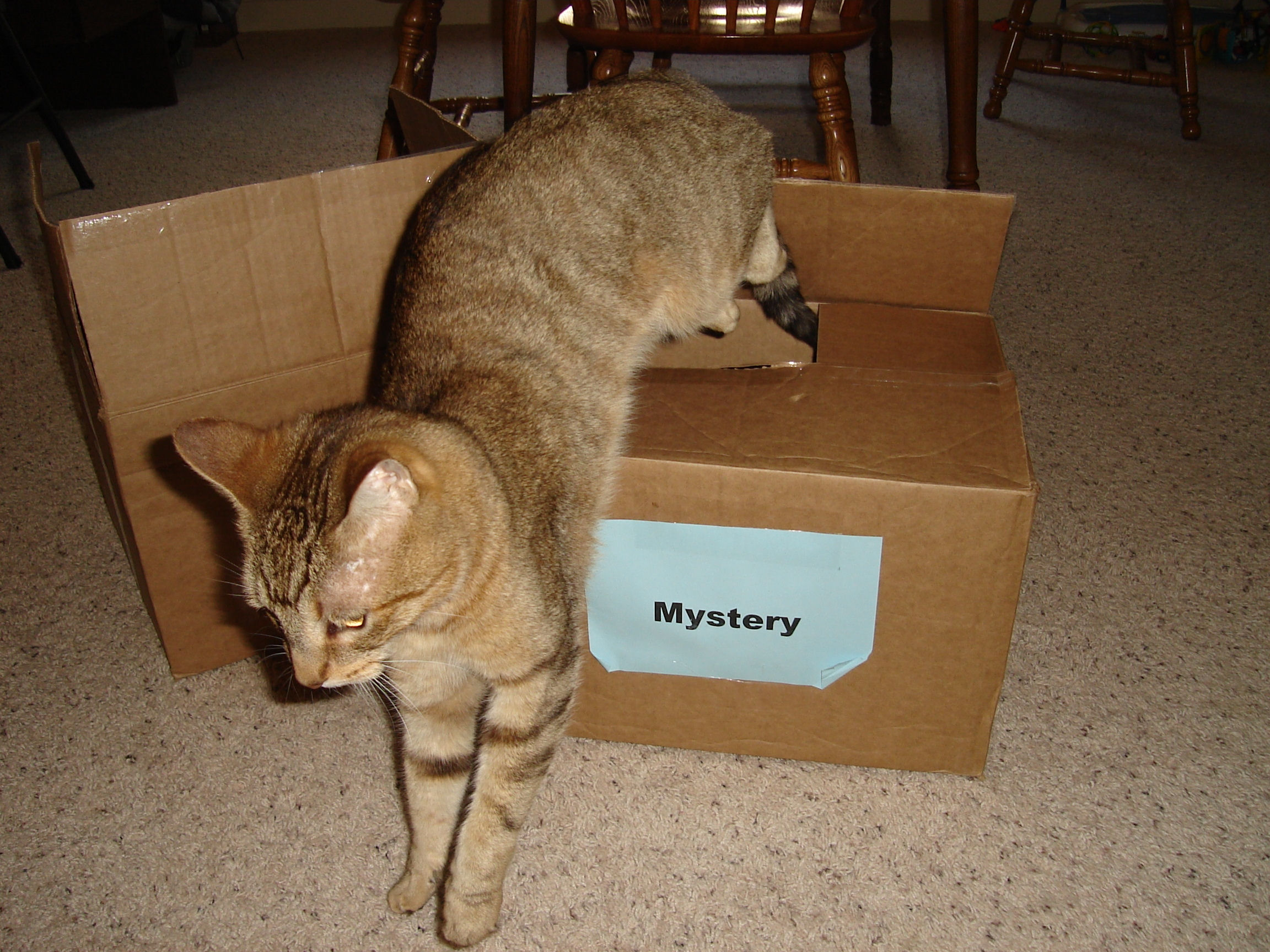 1 thought on “You Get Some Cat Pictures, Damn It”