In the December 2010 St. Louis Magazine, Robert Meyerowitz talks to author Eric Jay Dolin about his latest book Fur, Fortune, and Empire: The Epic History of the Fur Trade in America.

Meyerowitz underestimates what the American people can put their mind to when they want to do something when he “asks” (it’s not a question, it’s a viewpoint the journalist wants the author to agree with):

And somehow the beaver survives this slaughter, albeit in lesser numbers—by some conservative estimates, from a high of more than 60 million when Europeans came to North America to around 10 million today. Despite our best efforts, we didn’t eradicate it, or the buffalo or the sea otter.

Despite our best efforts? Well, here are the two common flaws with the question:

The author of the book responds with:

We came pretty darn close. When you only have 1,091 buffalo left and you had 30 million, that’s a close shave. With beaver we did virtually exterminate them as we swept east to west. Now they’re making a comeback. The beavers, of all the animals, are the ones that are actually doing the best as far reestablishing themselves.

Sure, and now governments kill them as a nuisance when they block up creeks and streams. You know, when they act human and alter the environment to suit their needs. Naughty little beavers.

You know what saved the beavers and let them come back? It wasn’t enlightened consciousness. It was a change in fashion. 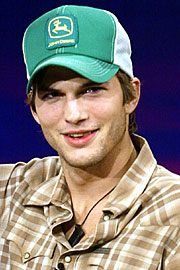 What was my point?

Oh, yes, the interviewer in this case really took the opportunity to pose a flawed, leading statement to a publicity-hungry author. That question was designed to put Man, especially Americans, in a bad light and to elevate the poor beaver and bison.

If we, and by we, I mean people who died centuries before I was born and fewer centuries before most of my ancestors arrived had wanted to spend their best efforts to kill all the beavers, they would all be dead a long time.