I’ve fallen down on showing the oozing sores of my sickness, incessant and sometimes indiscriminate book acquisition. Maybe you thought that the state of the world has left me too depressed to go buy cheap books. Au contraire. Here are the results from four book fairs we’ve attended recently.

We went to a church in Lafayette Square, and it was bag day or pay a donation day or something. Regardless, we got a few: 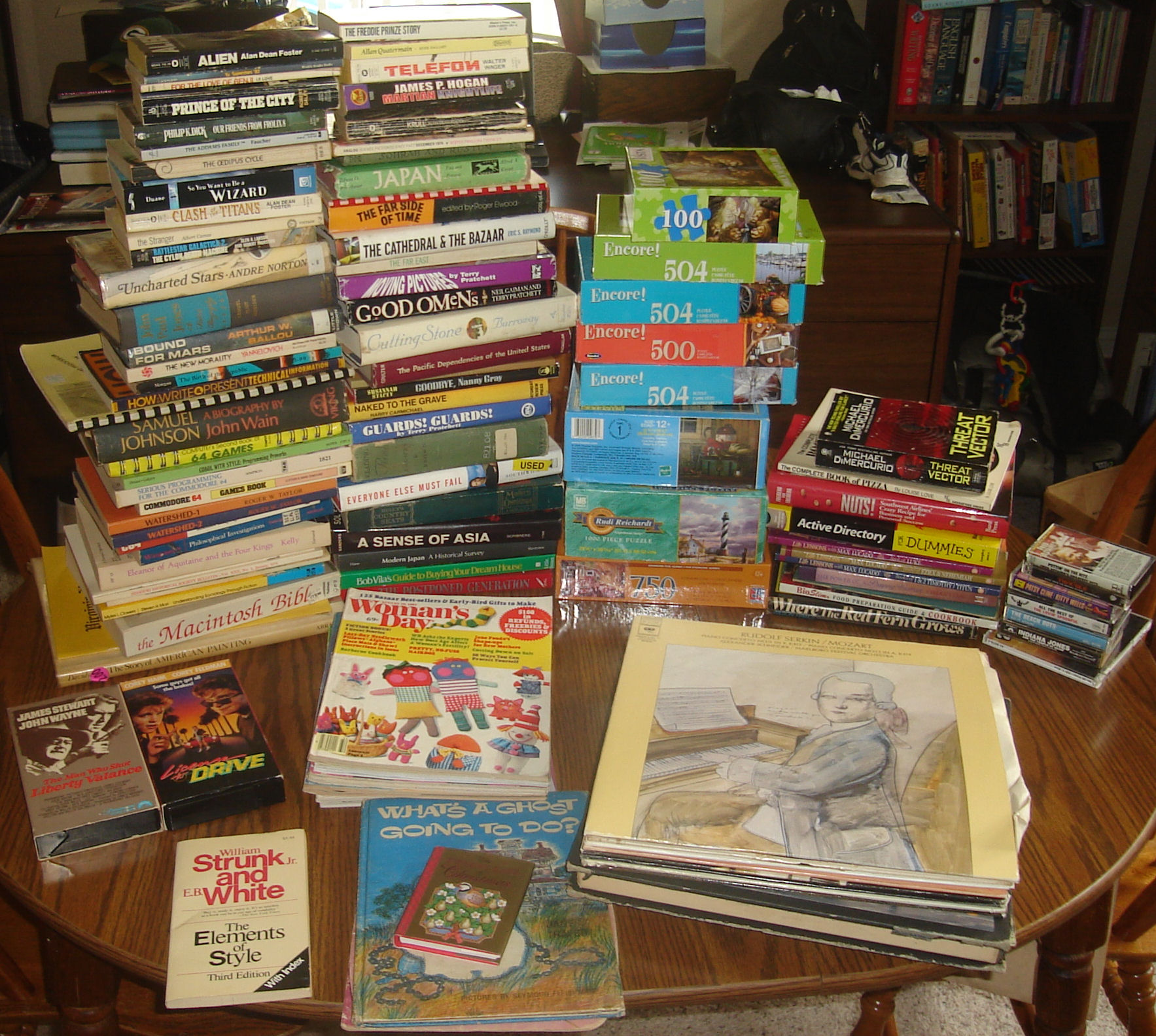 Then, we went to the Kirkwood Book Fair and I got this:

I cannot recollect where this next book fair was. But I gots some books. 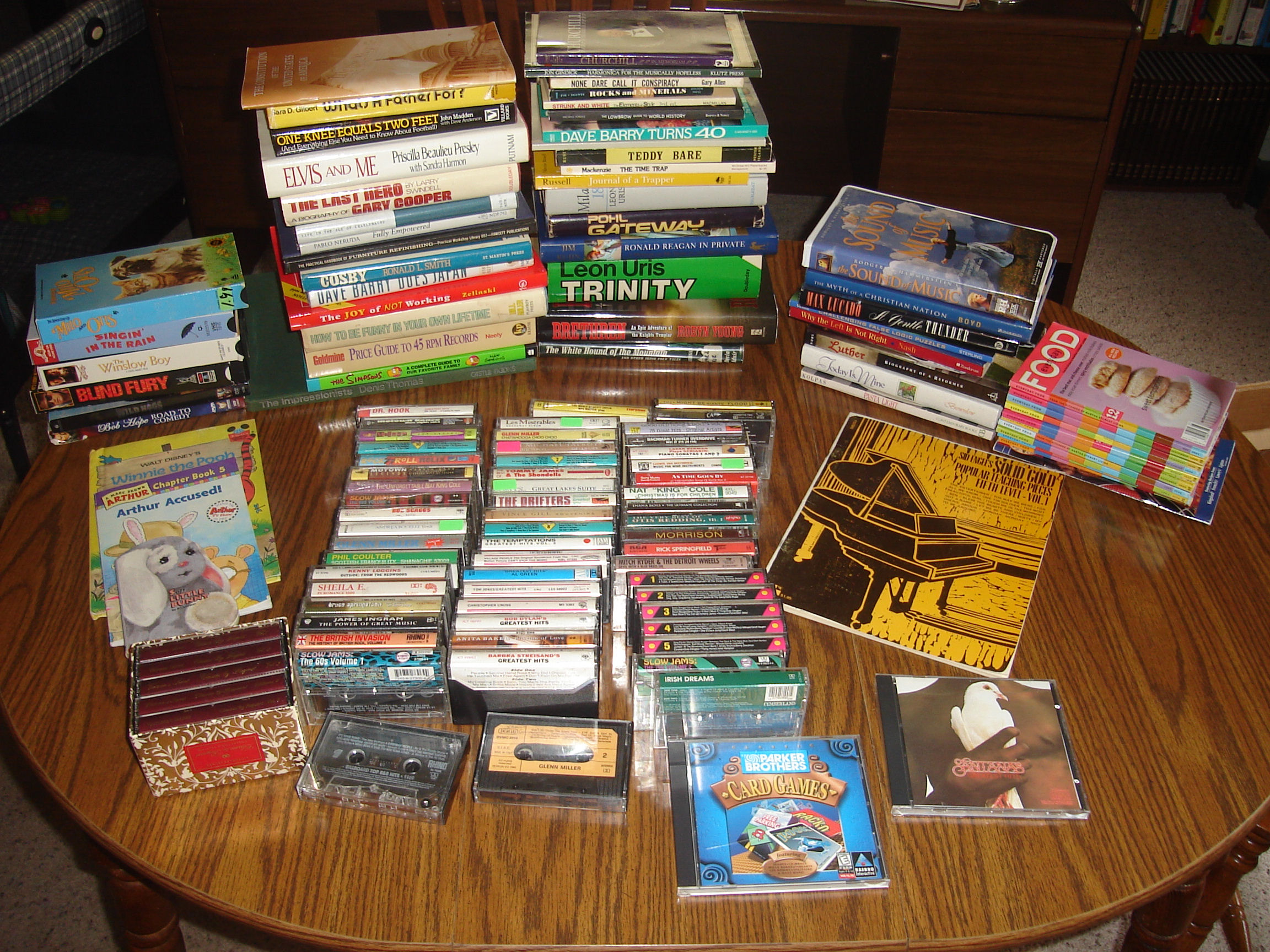 Then, yesterday, we went to the St. Charles Book Fair. I bought: 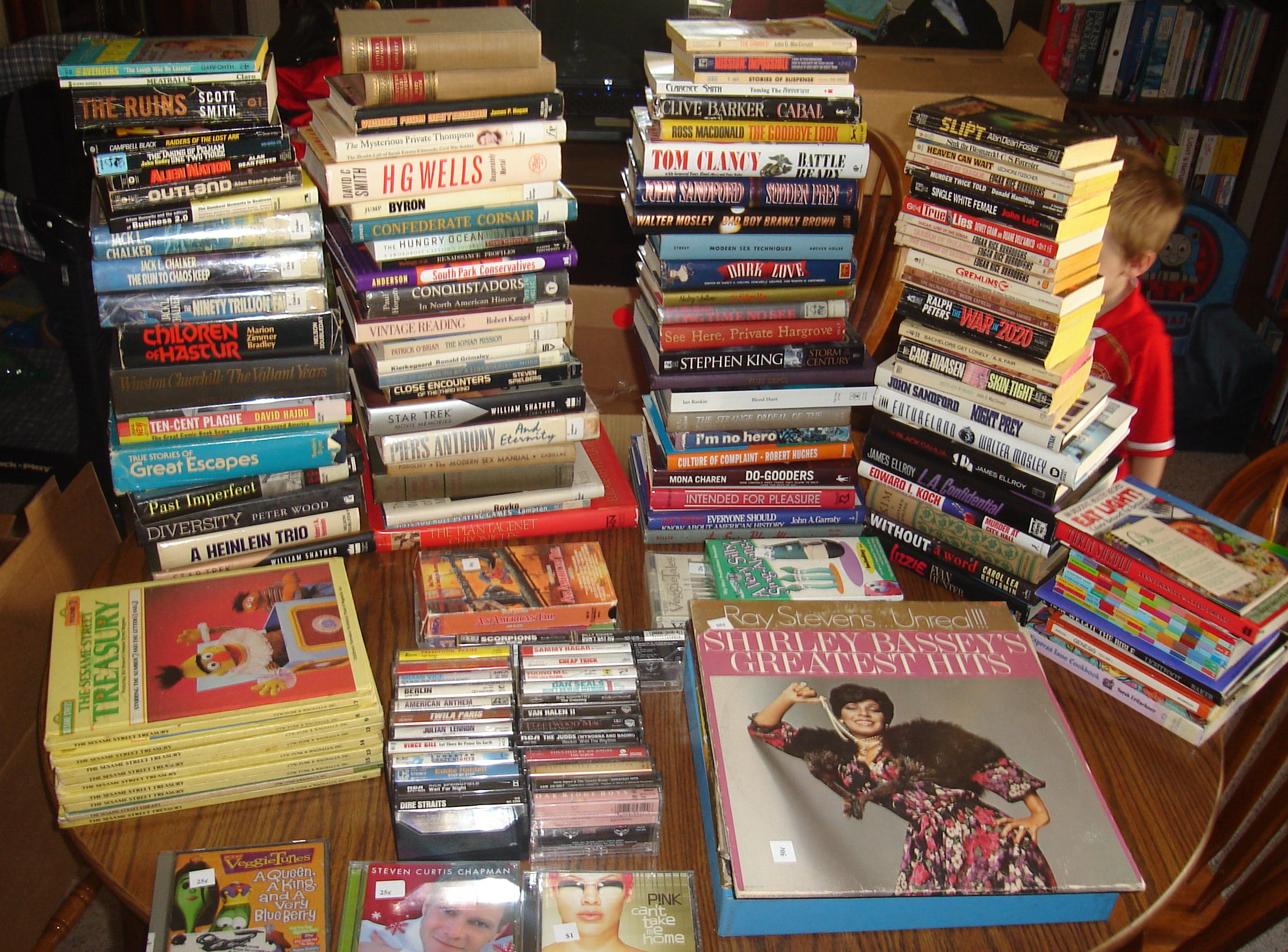 Total books bought in the two hours: 91. And some calories burned lugging books.

Total bought for the month: 243. Or, to put it in perspective, 2 years and a couple months’ worth of reading.