To be like all the cool kids, I compelled Jack Straw to take me to the local indoor gun range with an assortment of his armaments. I shot: 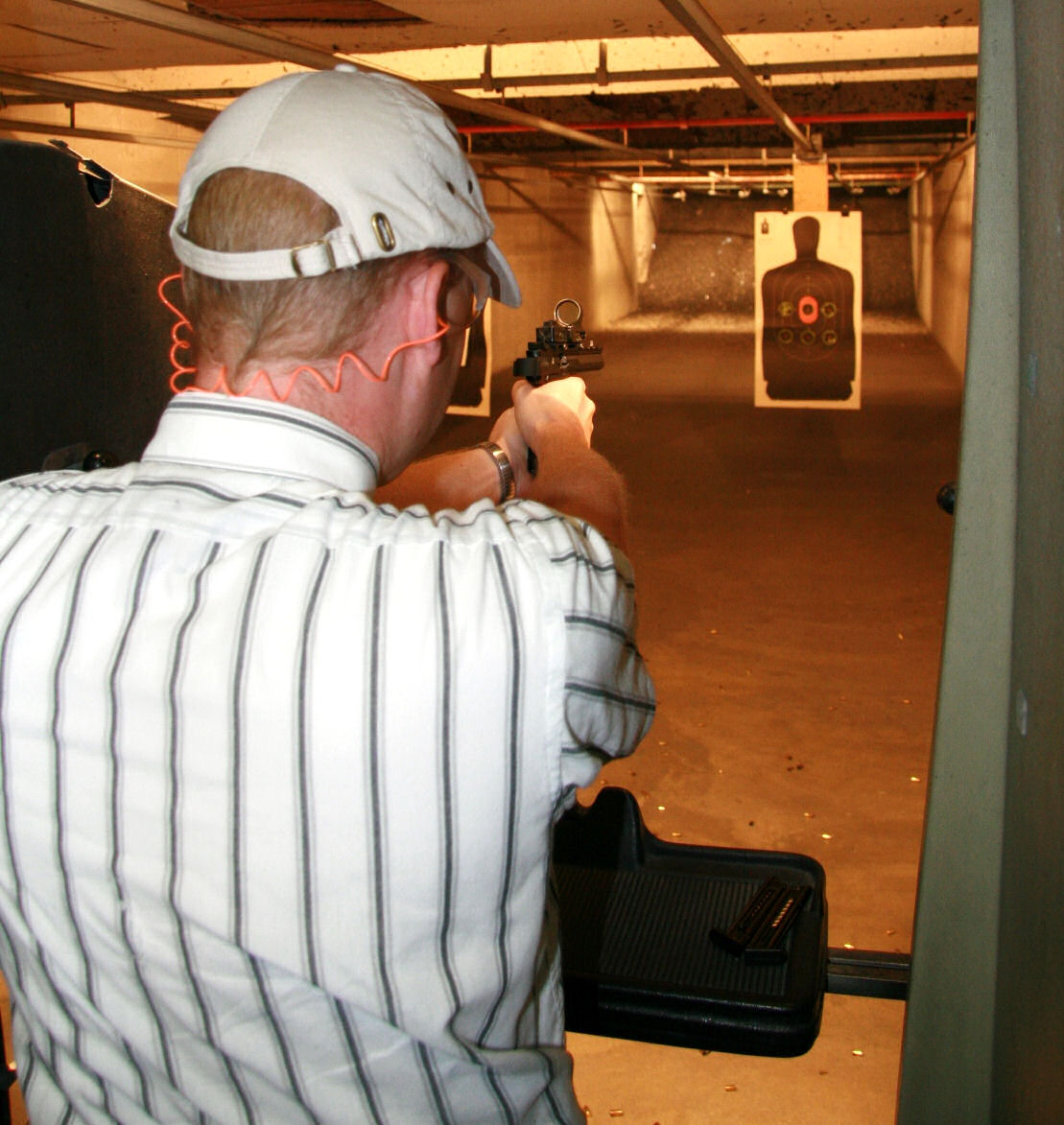 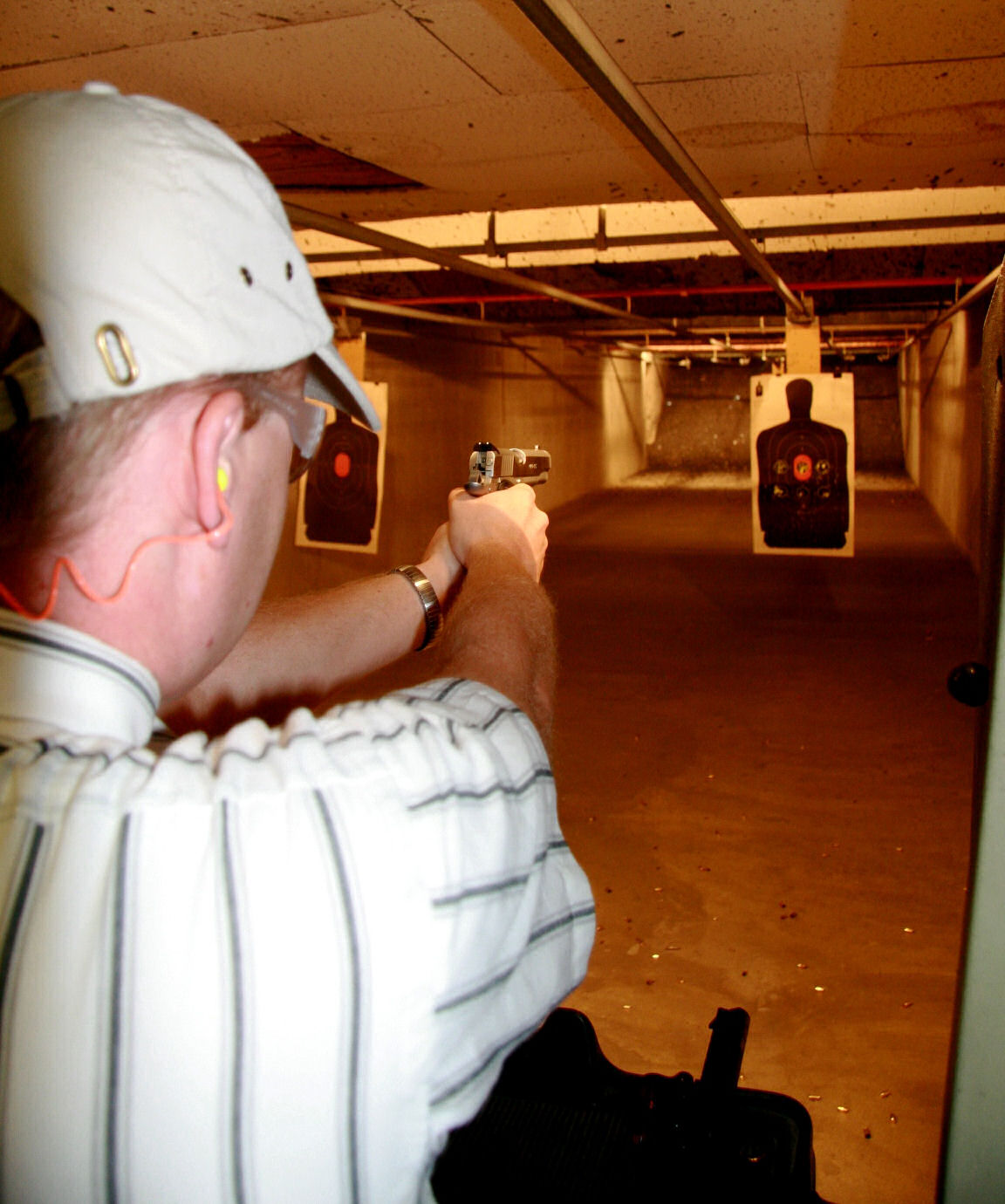 It’s my first time firing those new-fangled semi-automatic handguns, or as they’re soon to be known in a House bill and set of laudatory news stories, high-powered assault sniper cop-baby-and-puppy-killer automatic machined pistols. Still, for all the hoopla, they don’t always fire a bullet when you pull the trigger. 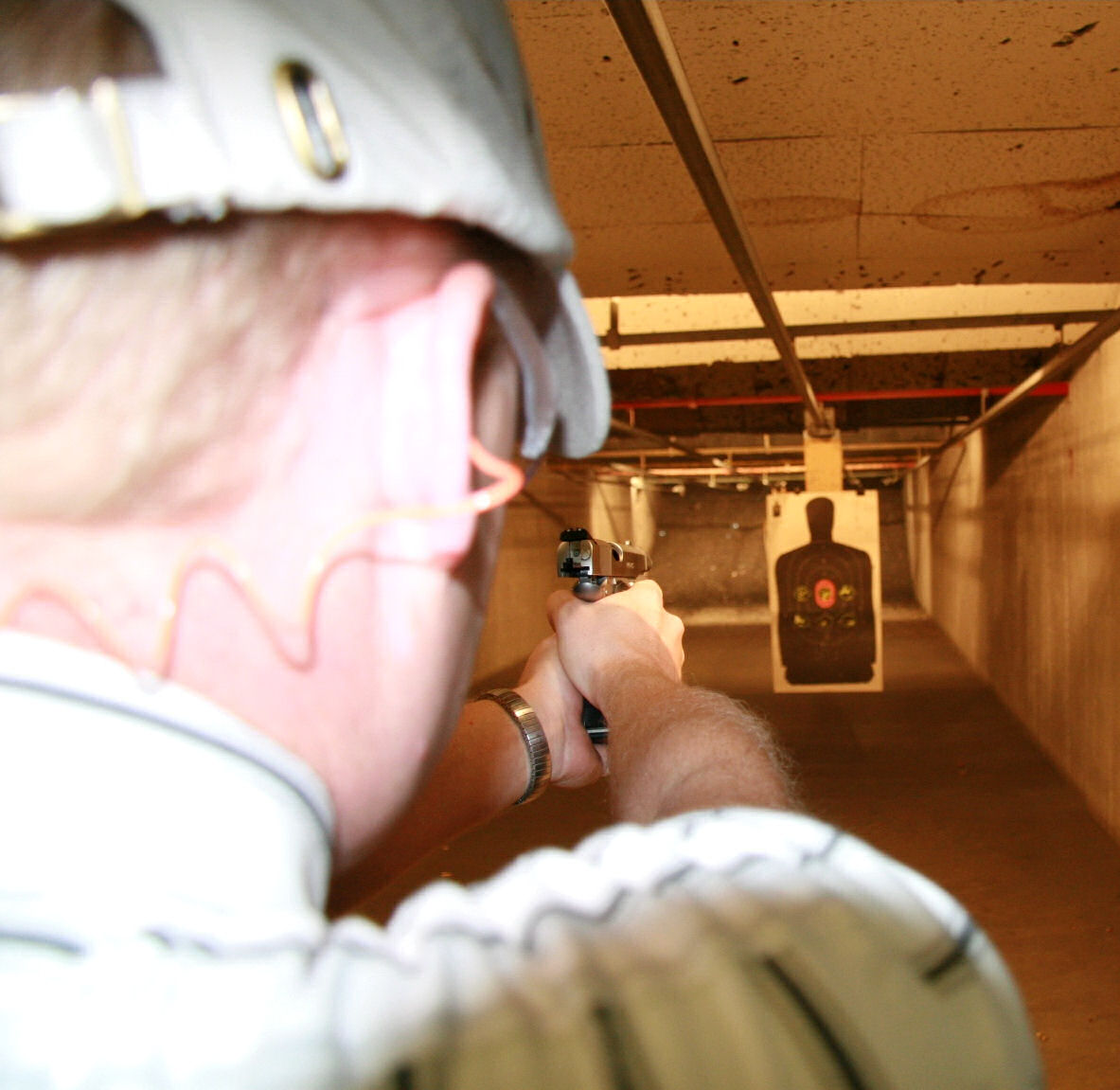 Also not depicted: the RehabCare logo on the ball cap.

How did I do? You had to ask that, didn’t you? Well, I aimed consistently low. Jack Straw tells me my grouping was very good, but let’s be honest, if I used my hand instead of a pistol, it would have been called a groping and not a grouping, okay? I dunno what I was doing wrong; we were shooting at little adhesive targets affixed to the paper target, and I missed consistently low and left when I fired at the right side of the target and hit pretty good on the left side of the target.

I blame the change in my dominant eye in the 20 years since I last fired a gun.

Still, I’m pleased to have gone and will have to do so again. Understanding a semi-automatic pistol and firing one tolerably might not be in Heinlein’s list of things a man should be able to do, but it’s on mine.