On Thursday evening, we got into the Friends of the Old Trees Book Sale on preview night for free because we’re Friends of the Old Trees library. Uncrowded and in a much better space this year (a recently vacated former video store), we had a good time, but unfortunately I suspended shopping a bit early because I thought we were running out of cash and we didn’t bring the checkbook.

Still, here’s what I got: 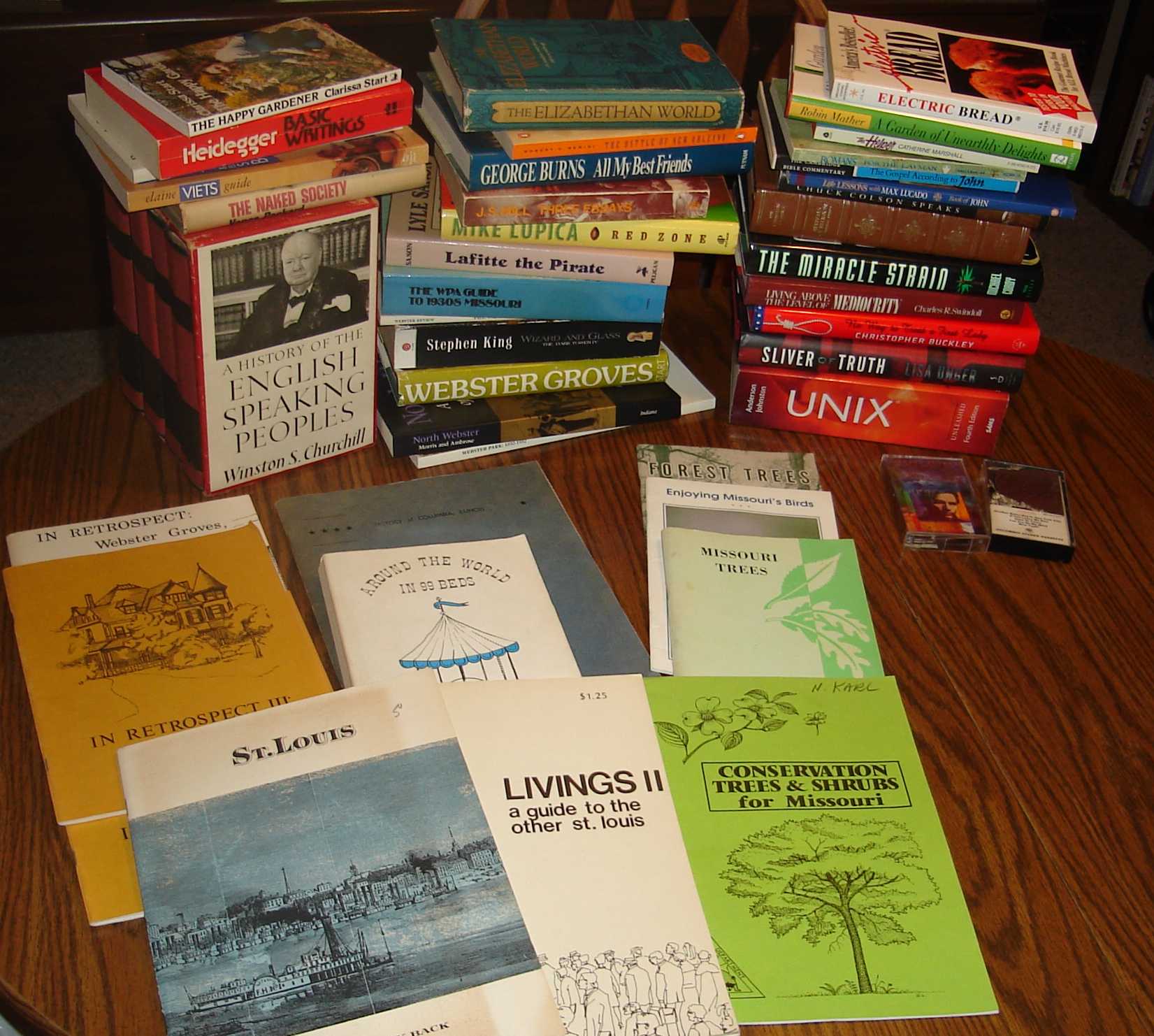 The beautiful wife gathered a collection in her interest areas, God, food, and UNIX. Not pictured: A Babar board book for the urchin(s); urchin1 was looking at it at the time of the photo.