Another week, another set of yard sales. At the first one we visited, I carried the boy instead of putting him in the stroller, so I didn’t browse too closely the inexpensive books or videocassettes. At the second one, we deployed the stroller, but I was being very selective–as in not looking too closely at all–until I saw the price: 50 cents for hardbacks, 25 cents for paperbacks. Then I went bonkers, because who knows when I might need several books covering Triumph automobiles?

Here’s what we got: 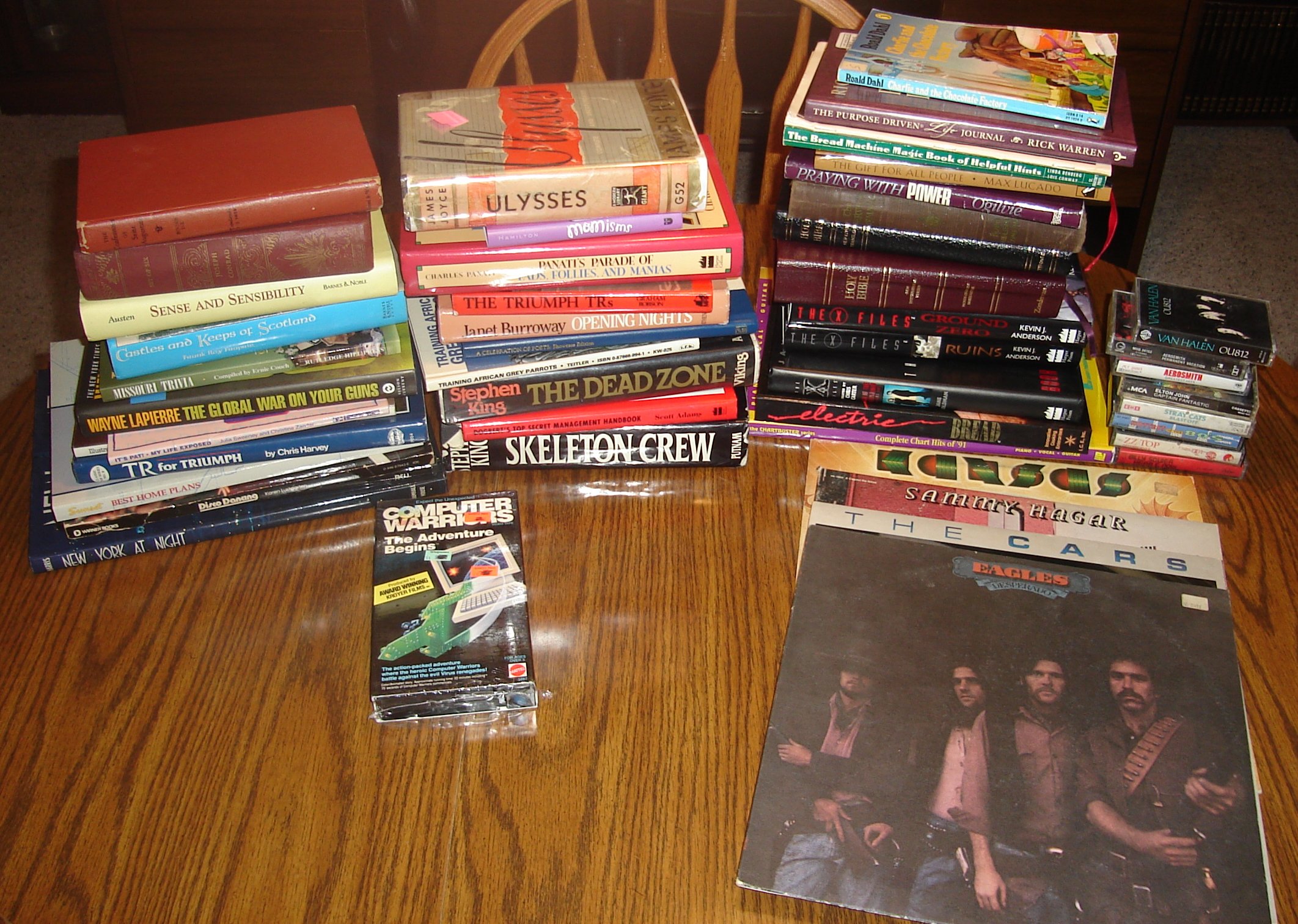 Additionally I picked up a VHS copy of Computer Warriors, a Mattel “cartoon” circa 1990 that was supposed to support a line of toys. Remember them? Me, either. Which is why this video will prove an even greater curiosity.

Heather bought her regular collection of books, cassettes, and records pictured, as usual, to the right.

So I bought 23 books when I started out uninterested in buying any. The worst part is that, although I bought 3 books about Triumph automobiles, I passed up 2 books on historic Mobile, Alabama. Given my recent drive to read this sort of historical material in my own neighborhood, I do regret, lightly, passing over them.

All told, the feast you see before you cost less than $40. I gloat a bit, but I also mourn that this much knowledge is worth so little in the contemporary marketplace.

UPDATE: Frequent commenter gimlet suggests I start my new collection with this.