Good Book Hunting: September 22, 2007
This week, we went exclusively to yard sales and the local elementary school PTO rummage sale. Here’s what we got: 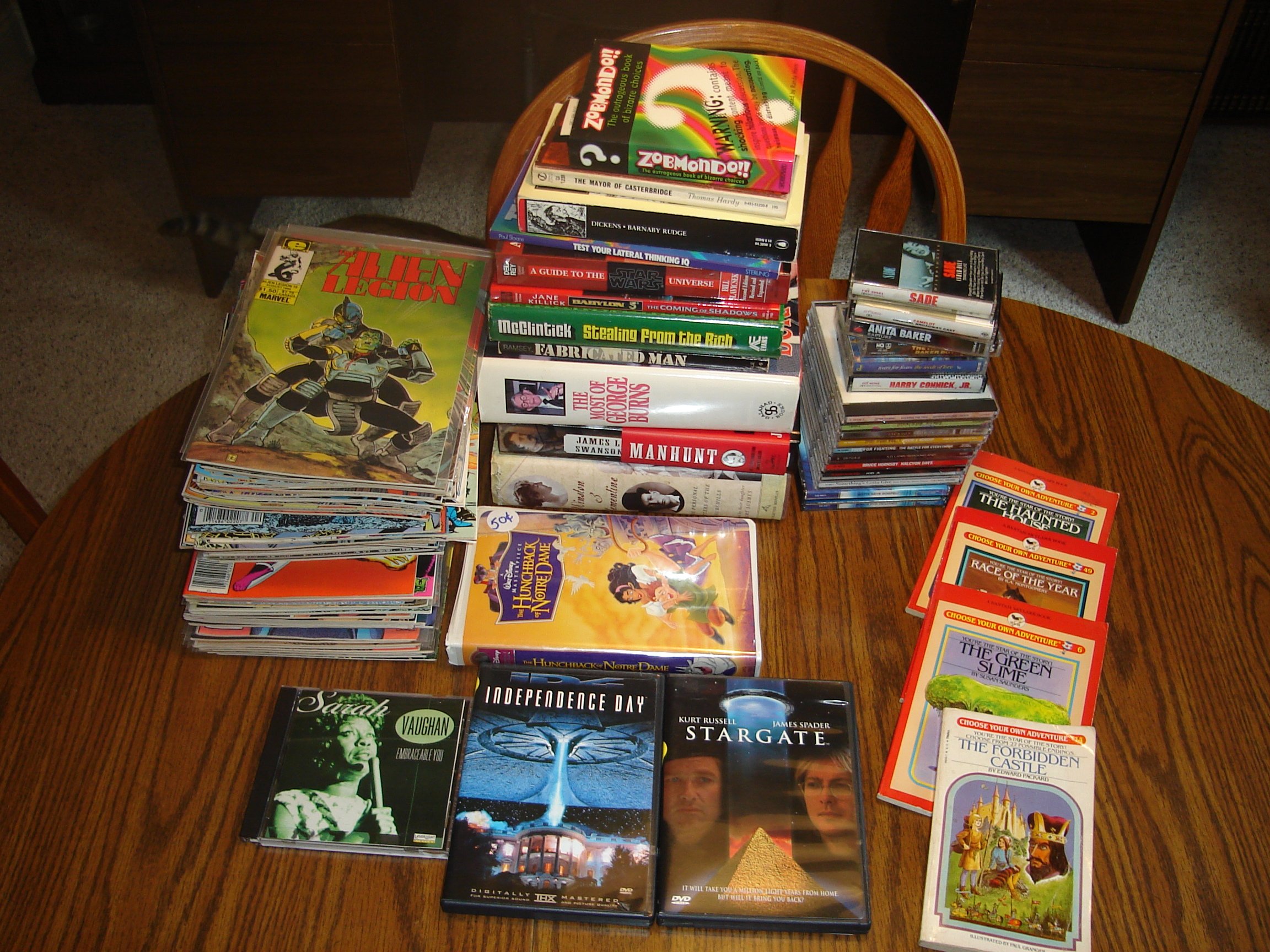 Additionally I picked up a VHS copy of Disney’s The Hunchback of Notre Dame to satisfy my own morbid curiosity, DVD copies of Independence Day and Stargate (at $2 each, but for charity), and a CD collection of Sarah Vaughan. Heather got some CDs (at a quarter each, we probably should have bought them all and just tried the other stuff out) and some cassettes. The boy got, through our agency, a number of Choose Your Own Adventures.

Well, that should hold me for a couple weeks scattered across the next couple of decades.