No book sales this weekend, but what do you know? One of the garage sales proclaiming that it had books had some books. And some videos. And some records. So for $16.25, I got: 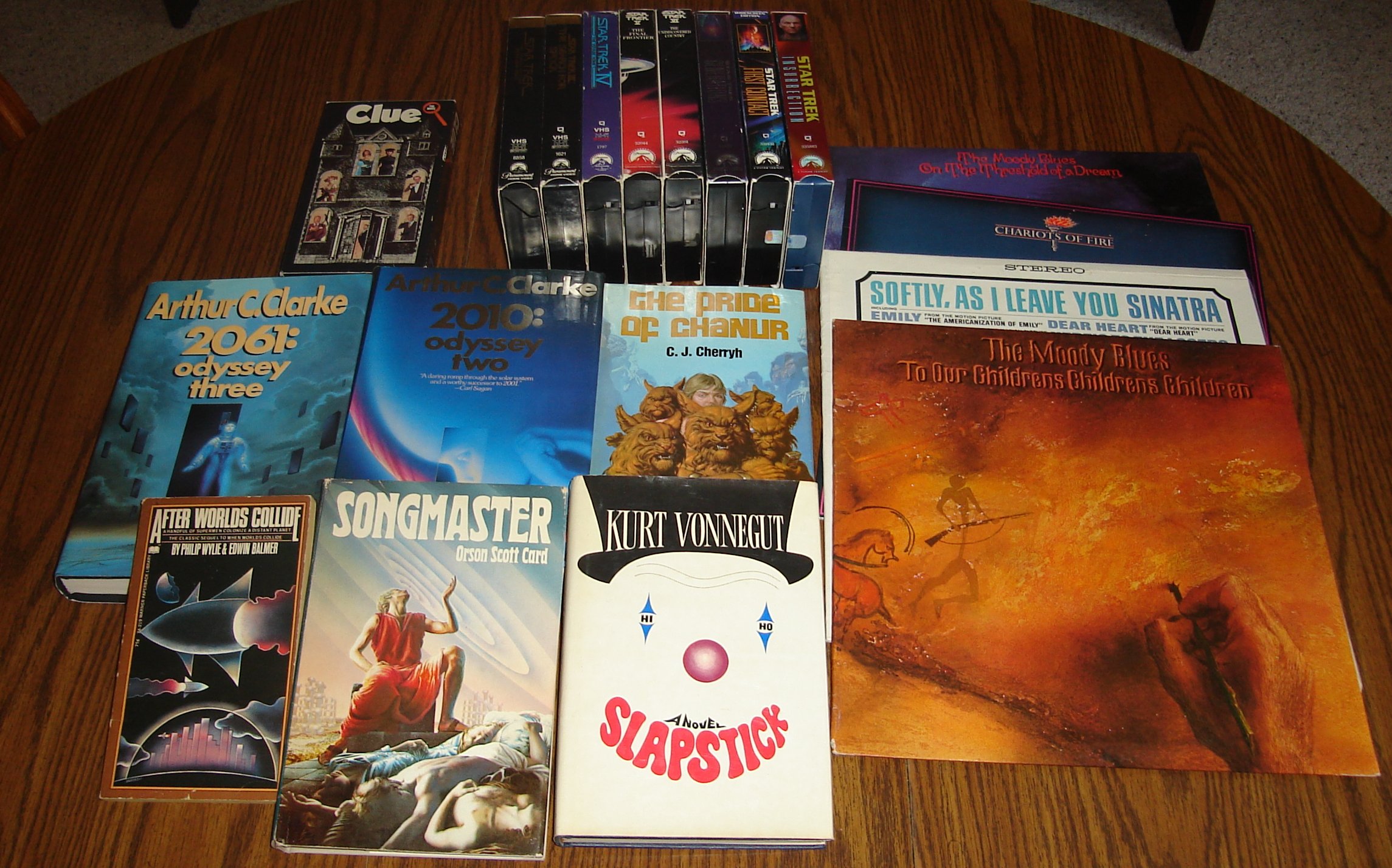 I thought it was going to be a greater deal, as I’d heard the little old lady running the sale that videocassettes were fifty cents, which meant I could not pass up the almost complete set of Star Trek films; when I got to the checkout, though, she charged me a buck each. I am a weak man; I cannot quibble over $4.50 to a sweet old lady who was probably selling off stuff her grandchildren played with and read, ungrateful grandchildren who never call or visit and leave her to eke out a living selling junk to afford the tomato sauce she can cut with water and call soup for dinner every night. So I bucked up and paid the nine bucks for the lot. Come to think of it, she must have charged me a dollar a piece for the albums, too, instead of the fifty cents they were marked. I’m an easy mark, apparently.

Still, one does what one can to keep the library growing to keep up.