The annual book sale at the YMCA in Carondolet provides many people with the opportunity to expand their libraries at low cost. Most hardbacks are $1, but many are $.50, and the selection proves just a little short of overwhelming. We didn’t get a chance to make it down there this weekend, but fortunately for us, it ran longer than the weekend. Like when we went to the J, today was the last day before the discounts; tomorrow is half price day, and Wednesday is box day, where everything you can fit in a box is a flat rate. Given how I approached this book fair, it’s again a good thing I didn’t get any less reason to reject books.

Heather spent most of her time in the media room, again, whereas I spent most of my time in the uncooled gymnasium storing the fiction with side trips to the tents holding the nonfiction and the second floor multipurpose room holding the rare books and the humor books. Here’s what we got for a total of $42.05. 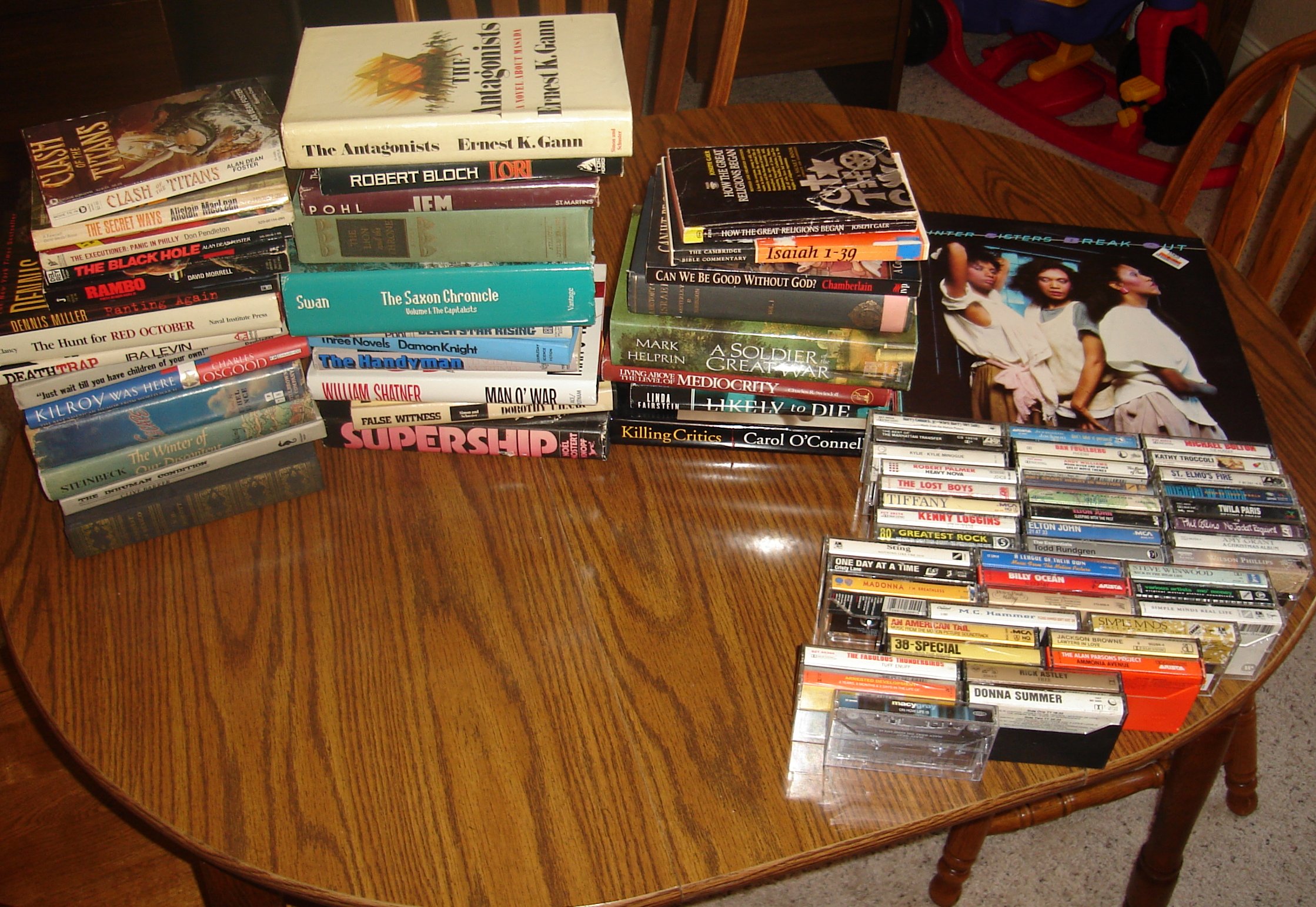 So that’s, what, another 23 books? You can see that’s why my collection of unread books now looks like this: 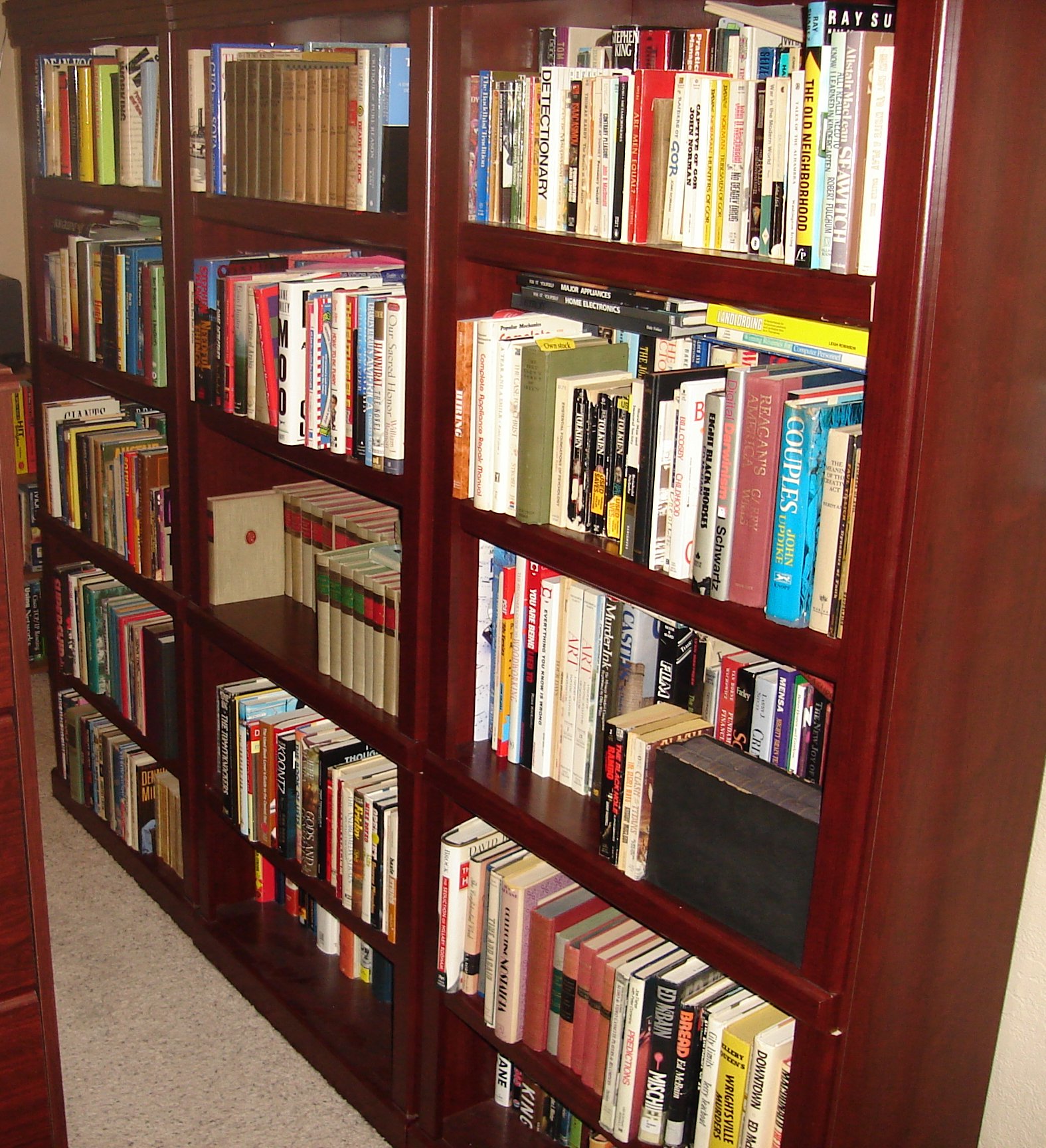