Brock Sides of Signifying Nothing is a hat man. He even mentions Mr. Hats in Memphis, which is oddly enough where I purchased my current preferred black fedora. I’ve only been to Memphis twice, but the last time I was there–some six years ago (?!) I got my Dobbs. I would have gotten it at Donge’s, in Milwaukee, but they closed down seven years ago. A pity; I had gotten my first three fedoras there.

At any rate, here it is, my primary hat, worn outdoors with or without trenchcoat:

I wear it winter or summer, to work and to play. I’ve been wearing black fedoras for eleven years, since my years at college. Even today, should I bump into a Marquette alum of the same period, I might be recognized on the hat alone.

(Oh, yeah, and to Arkansas with James Lileks, who said intemperate words about bloggers and fedoras.)

Here’s my writing hat of the last few years, a brown Berlesoni I picked up at an estate sale for a couple bucks: 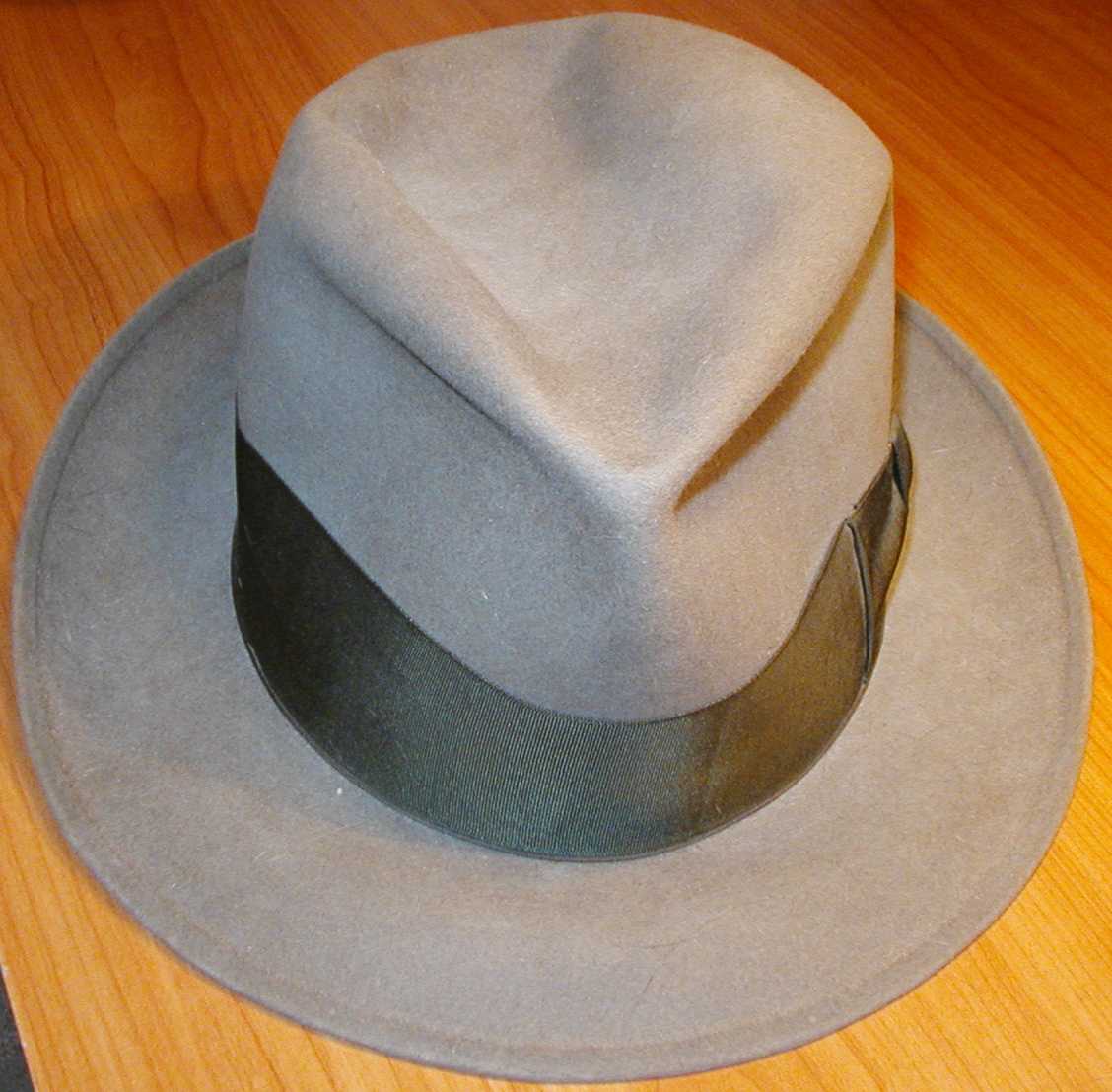 It has the former owner’s initials in it, WJS. I tend to wear hats while writing (I wore a cheap straw Panama hat for my first novel and this brown fedora for my second novel). Heck, I’m wearing a ball cap now (Sydney Olympics 2000, given to me by a friend who got it from a real, live Australian!).

But the brown fedora faces competition from the new beachcomber’s hat I bought in Florida this March: 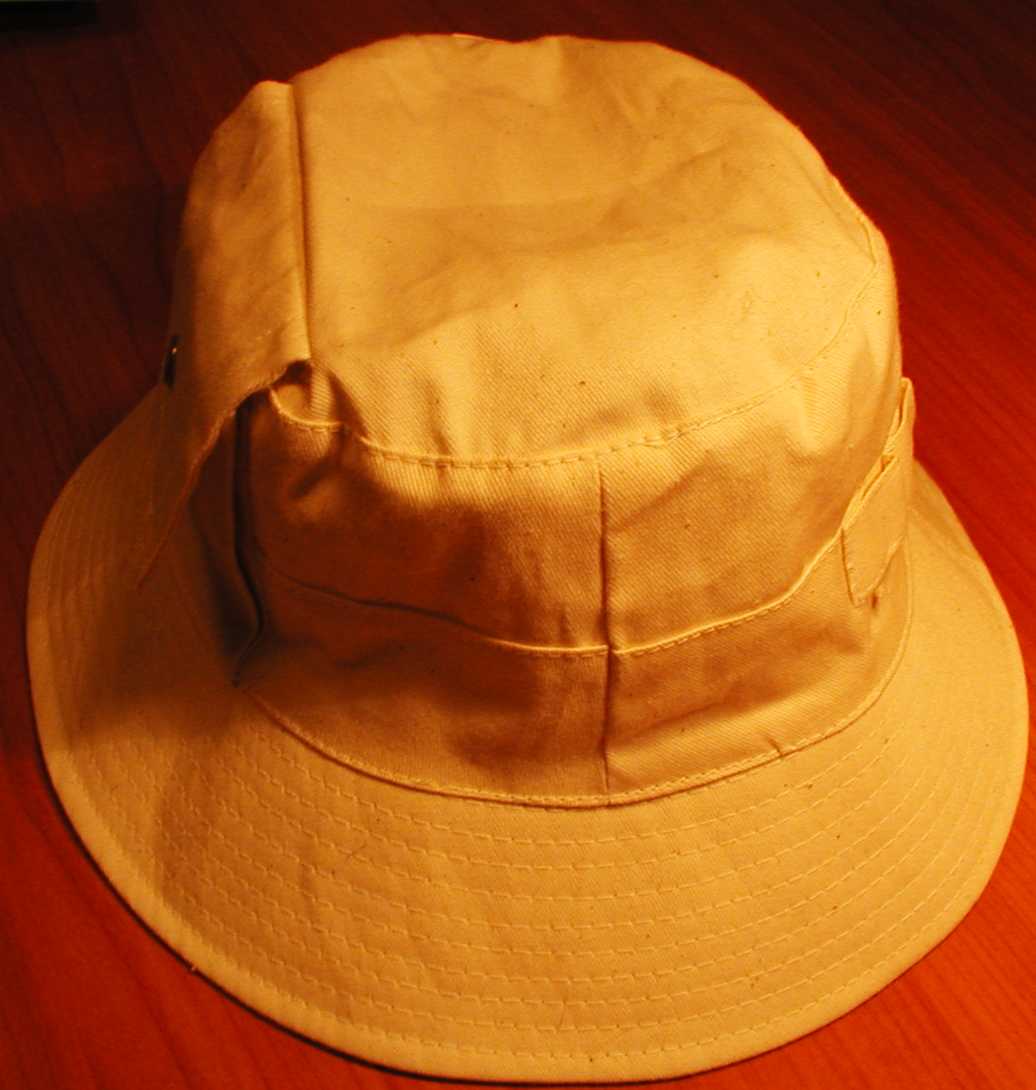 I wear it, and the Sydney ball cap, as I revise novel #2, blog, and open (and close) the various and sundry inchoate essays and novels that allow me to continue my dream of being a writer.

So, what are you wearing?