We’ve got a band geek. She’s on a band trip somewhere. She’s in her hotel room, leaning over her balcony, looking down on the strange city, thinking about the parade tomorrow and not sure she’s going to be able to eat much tonight she’s so nervous. She’s thinking about the parade, and she’s got part of her band uniform draped over her shoulder. Wistful, sexy, with a hint of John Philip Sousa. 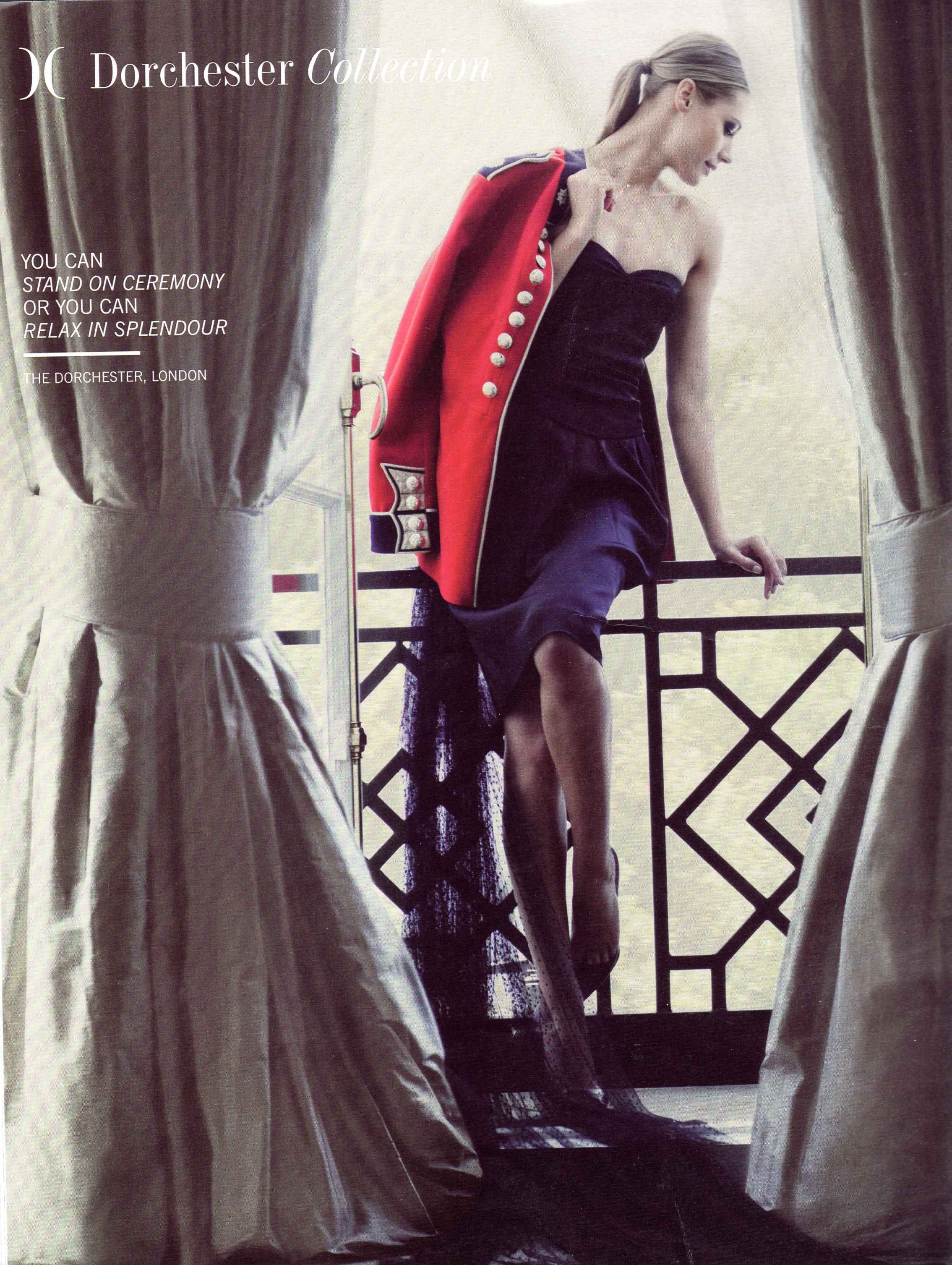 At least, that’s the concept I take away. Maybe it’s because I married a hot band chick who’s been on a band trip to London.

Strangely enough, the Dorchester Collection is not a clothing line, but a line of high-end hotels in global rich people spots, including one in London. So I was all set to mock people who might buy a coat like that to wear for thousands of dollars. Instead, via the tag line, I can see it’s a some sort of message that the hotels are formal and semi-formal. Visiting the hotel chain’s Web site, one could get the impression that Dorchester hotels are better than surf city: there seem to be 10 women for every man. But that man dresses better than you do. Still, 10:1 can make up for a lot of George slacks, brother.

One question I have, though: in the story of the picture, how did the woman attain a Queen’s Guard jacket in her hotel room? Is there an enquiry to see if security was somehow breached here?

UPDATE:Thanks for the link, Wombat. If you’re in IT, check out my blog QA Hates You. Also note that my IT heist novel John Donnelly’s Gold is available for the Kindle at 99 cents and in paperback.