From the quiz Smart, very smart: Test tells if you know what a fifth-grader knows:

13. “You are as strong as an ox.” Is this statement a simile or metaphor?

Sometimes, when I try to reach the Web site of the San Francisco Chronicle (www.sfgate.com) into the address bar of my browser, I transpose the a and the g.

And I am ashamed! Briefly. Before I hit the backspace key and can hide my homophobia from the world.

Sure, some might think (if some were like me) that MfBJN started the Fred Thompson bandwagon with this essay from August 2006, but it’s doubtless that Frank J. has sealed it with his Frank Facts About Fred Thompson.

The exorcists in our government have caused the demon to flee, but now they’re complaining about the loss of ritual, offerings to the church that persecuted the demon:

“Does this mean they are going to quit paying taxes in America?” asked Clinton, a US presidential candidate.

I bought this book at St. Michael’s book fair earlier this year; between Great Tales of Mystery & Suspense, my reading pace for the year is shot.

This book runs 574 pages and comes from the pages of Reader’s Digest magazine from the first half of the last century. It collects murder mysteries, a couple of ghost stories, and a long piece on the Alger Hiss espionage (starring Congressman Richard Nixon as the hero, which explains why former Vice-President Nixon offered a blurb on the back).

Worth the buck, except for the part where it made me spend a week or so reading it. Looks like I’ll be reporting on coloring books for the next couple of weeks so I can get my average up.

A 35-year-old woman was killed inside the Fox Lake Police Department on Sunday afternoon as she frantically tried to flee her husband, authorities said.

A pedestrian called 911 around 4:45 p.m. after seeing a man ram his car into the woman’s car in the parking lot of the Fox Lake municipal building, according to the Dodge County Sheriff’s Department.

The woman, whose name was not released by authorities Sunday night, ran from her car and fled into the building as her husband pursued her inside, the department reported.

By the time a Fox Lake police officer arrived, the 40-year-old husband was getting back into his car, authorities said. There was no sign of the woman.

David Nicklaus writes a column on the drastic electricity price increases in Illinois, and finds a common villian: The government.

The Legislature, after all, passed the deregulation law in 1997 that led to this year’s rate increases. Consumers benefited for a decade from a rate cut and then a rate freeze. But the utilities, which no longer own power plants directly, had to buy power on the open market beginning this year and pass the cost on to consumers.

Statinalizing the power companies won’t solve the problems that exist when physical suppy and demand collide. Government officials only trade in perceptions.

As some of you know, I have recently passed out of the meaningful demographic. In addition to getting the cold shoulder of marketers and television programmers everywhere, I’ve recently discovered some of the horrible, terrifying conundrums of this horrible age between youth and agedness. Such as:

Is that splotch a zit or melanoma?

Back in the day, I was a huge Boston fan after buying Don’t Look Back on the $2.99 cassette rack at Walgreens. I went on to get the others available when I was in college (Boston and Third Stage). I even got RTZ’s Return to Zero which Delp played in when Boston was on hiatus.

A voice of my youth, silenced.

Joe Williams of the St. Louis Post-Dispatch pans 300, but it would be a better panning if it wasn’t so steeped in ignorance and mandatory thoughtsophistication. Choice bits:

Frank Miller is the biggest name in American comic books — or graphic novels, as his fans call them.

Is he demeaning graphic novels, or does he truly not know the difference between comic books and graphic novels? When in doubt, suspect ignorance, I say.

Armed only with shields and hoary slogans about freedom, the Spartans repel wave after wave of Persians.

Hoary slogans about freedom. Williams is above falling for those.

Persia became modern-day Iran, and it is surely no accident that the “Asian hordes” are depicted as dark-skinned degenerates. Some of the Persian warriors resemble Japanese samurai, some seem to be wearing Afghan burqas and the ruthless King Xerxes is bejeweled and effeminate.

Student of history trying to obscure the truth, or ignorant? Ignorant, probably, of the extent of the Persian empire that would feature many of those myriad peoples. Further, Williams seems to want to obscure the fact that throughout recorded history does actually feature occasions where the dark-skinned Other did invade the lands of lighter skinned folk. Much like lighter skinned folk have done to the Other. It’s more a matter of human nature than racial or ethnic differences, although cultures have differed in their warmaking sentiments and strategy.

I’d like to see the movie, and Joe Williams has never really influenced me before. I think his columns are more about his delicate sensibilities than the actual movies, but sometimes, that’s all a critic has going for him.

A new Blues acquisition muses on his first NHL game:

You can’t really remember anything … that’s how big of a memory it is.

Where was he when Scooter Libby was rounding up his defense?

Espied as I waited for my driver’s license to print several weeks overdue because I’d sent off to the Great State of Wisconsin for a Certified Birth Certificate and paid $15 for the effort to comply with the Lesser State of Missouri’s new laws designed to thwart the malevolent forces in the world from obtaining driver’s licenses with fake credentials so they could wreak havoc upon this nation.

Woman: (Retrieving a photostat of a birth certificate that looked like it had been washed in the pocket of blue jeans with the stones to create that worn effect that is found by certain segments of young people to be so pleasing as to pay extra for) I’m sorry, I sent for a new one and haven’t gotten it.

22 year old license office employee with the ring in her nose: (Not glancing at but not unfolding the three pieces) Okay.

Woman: Can I change my address? I moved.

Employee: I need something with your new address on it. A utility bill, a check, or something.

Woman: (Rifling through purse) Oh, I don’t have anything. That’s okay, keep it the same.

Thank you, faceless license bureau employee with the ring in her nose. Your efforts have ensured that this potentially lethal agent of destruction could not change the address on her driver’s license inappropriately. Our nation is safer!

Retreat! Redeploy our rangers to Seattle where they’ll be safe!

What really caught my eye was an interview with a University of Minnesota professor named Thomas Fisher, the dean of the U’s new School of Design. It was a conversation about the new Design Economy, a term I hadn’t heard before. America will compete and thrive because we design good things, like the iPod. You might wonder how a nation of 300 million can be sustained by design, but rest assured the term has broader definitions. The interview, called “Intelligent Design,” focused on cities. As you might expect they are in dire need of Design, and I suspect this design will be administrated by experts. (As Dr. Johnson once said: A man who has tired of criticizing London is tired of tenure.) In order to compete, our cities need better design. No argument here – until we look at the specifics.

Wouldn’t it be neat if we could get all of these government planners together and buy them copies of SimCity and let them go at that for their tax-money squandering fun as they tried to one-up each other?

No, probably not, because design and aesthetics and micromanaging Cits is only one component of their self-aggodizement. The other is enriching themselves and their unelected Elect.

Mail merges have been automatic for 20 years, right? 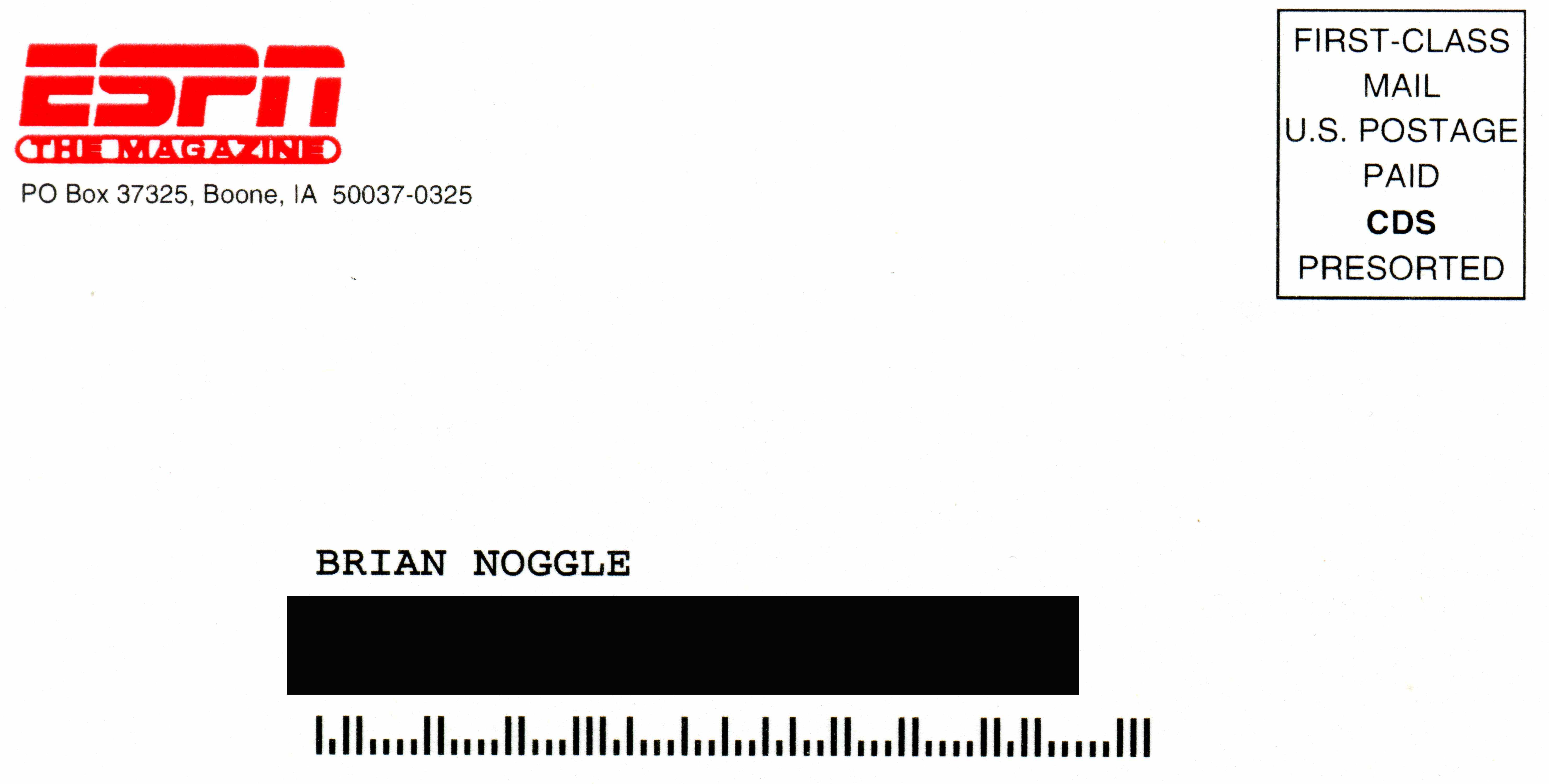 I didn’t care so much for Nature Girl, but this book hearkens back to Hiaasen’s strengths. A winning lottery drawing has two ticket holders: a black woman from a small town in Florida and one of a pair of self-styled white supremecist militia wannabees (who belong to the NRA). The black woman wants to buy a stretch of undeveloped land to save it from developers because her turtles are from there. A mob attorney from Chicago wants the land as part of a way of laundering money in a money-losing development. The militia men (who belong to the NRA) want the black woman’s lottery ticket because they don’t want to share the lottery winnings. So they take it, and the woman and a newspaper reported try to find them and retrieve the ticket. Throw in a dopey convenience store clerk who wants to be in the band–no, the militia, a Hooters waitress that one of the militia men (who happen to belong to the NRA) has his good eye on, an ATF agent smitten, unrequitedly, with the lottery winner who is not in a militia (or the NRA), and a newspaper feature writer who started out with a fluff piece about the lottery winner and a price on his head by a judge whom he cuckolded, and we’ve got a Hiassen novel. It ends, mostly, on a key with some gun play and violence, in which the heroes (who do not belong to the NRA) use firearms and a well-placed stingray to defeat the enemies.

So it’s a pretty good book. Hiaasen, post Murrah, gets in his digs at militias and then stripes the whole NRA as kooks, but several of his characters are responsible gun owners. Some people might take issue with that distinction. Also, he relies a lot on the “newcomers are spoiling Florida” motif that has been popular with Florida writers since the invention of air conditioning. But the book is enjoyable and entertaining, so it’s easier to not take the minor polemics as earnest.

So this book is one of Hiaasen’s better novels. I can say that having come off of reading one that was not.

At least, I was when the Google satellite passed over our old house:

I take pride in how clean those gutters are; of course, as you well know, I had to.

Remember, if someone tells you, “You look nice,” that person is really saying, “Most of the time, you look like crap.”

It’s been ten years since Meredith Brooks charted her only hit song, "Bitch". The song itself was one of those songs celebrating the essence of womanhood, or at least the essence of using being a woman as an excuse for mercurial mood swings and taunting a male if he couldn’t handle idiocy from his lover. You know, a retread of Sheryl Crow’s "Strong Enough To Be My Man", but without the remorse and with a dirty word as its name. Brooks charted with that song, but that’s it for her. Even Alanis Morissette got more than one single from the scthick.

So I was wondering today: Ten years later, who does Meredith Brooks hate to get mixed up with most?